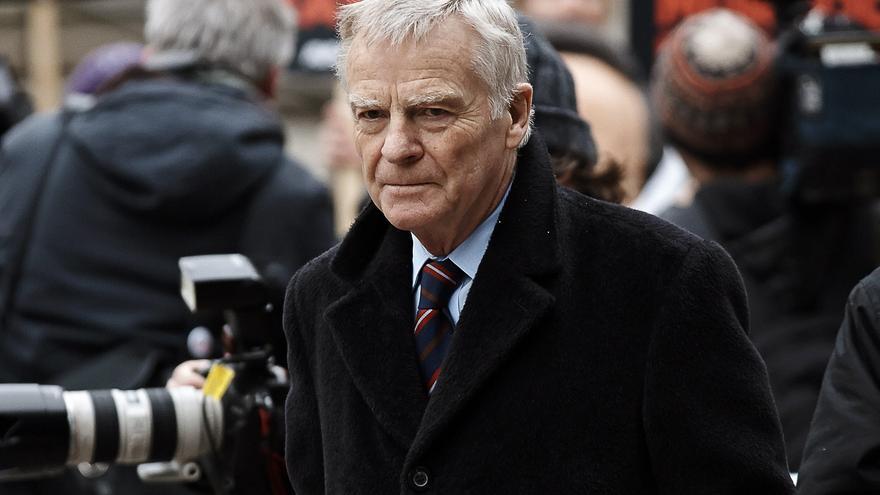 The British Max mosley, President of the International Automobile Federation (FIA) from 1993 to 2009 and who died this Monday at the age of 81, was a controversial figure in the world of motorsports who was forced to leave said body after a scandal over images of a Sado-Nazi party with prostitutes.

He was born in London on April 13, 1940, he was the son of the aristocrat and president of the fascist British Union Sir Oswald Mosley, friend of Hitler and Goebbels. He trained in France and Germany, eventually graduating from Great Britain in Physics and obtaining a doctorate in Law.

He worked as a lawyer and since 1966 he was a Formula 2 driver, a competition in which he rivaled Jim Clark, Jackie Stewart and Jochen Rindt, but an accident on the German Nurburgring circuit in 1969 forced him to leave it.

That year he created the March Formula 1 team. In the early seventies he became friends with Bernie Ecclestone, then patron of the Braham team.

Since 1978, after the March ceasing, Mosley became a lawyer for the Association of Builders of Formula 1 (FOCA), led by Ecclestone, and became part of the FIA Committee, dependent on the International Automobile Sports Federation (FISA).

Together with Enzo Ferrari, in March 1981 he was one of the architects of the “Pact of Concord“, which allowed to overcome the schism between the Federation of Jean Marie Balestre and the FOCA in the organization of Formula 1.

After about years of estrangement of Formula 1, from 1986 he chaired the Builders Commission of FISA and was vice president of the International Federation.

On October 9, 1991, he dethroned Balestre at the head of the FISA, although the Frenchman continued to lead the FIA, thanks to the support of national federations and Ron Dennis and Frank Williams, heads of the powerful teams. Marlboro McLaren Honda and Williams-Renault.

He managed to end the bicephaly in world motorsport on June 10, 1993, when he also achieved the FIA ​​presidency by acclamation. Later, he got successive reelections.

During his tenure, motor racing stopped advertising tobacco, which led to significant losses in economic income for the teams, and promoted new media to increase the competitiveness of the F-1, like reducing speed limit.

It took the publication to court, which in 2009 was sentenced to compensate Mosley with 60,000 pounds (more than 76,000 euros) considering that it was a private and consensual sadomasochistic session. He even reached the European Court of Human Rights, which two years later ruled that the United Kingdom did not violate his fundamental rights and considered adequate reparation for the invasion of his privacy. Years later, through sentences in France and Germany, he got Google to delete the images of the party.

In his last months at the helm of the FIA, he faced the teams over a rule that limited their budgets to 45 million euros starting in 2010, some of them rebelled and threatened a parallel competition.

In October 2009, the French Jean Todt took his relief at the head of the FIA.