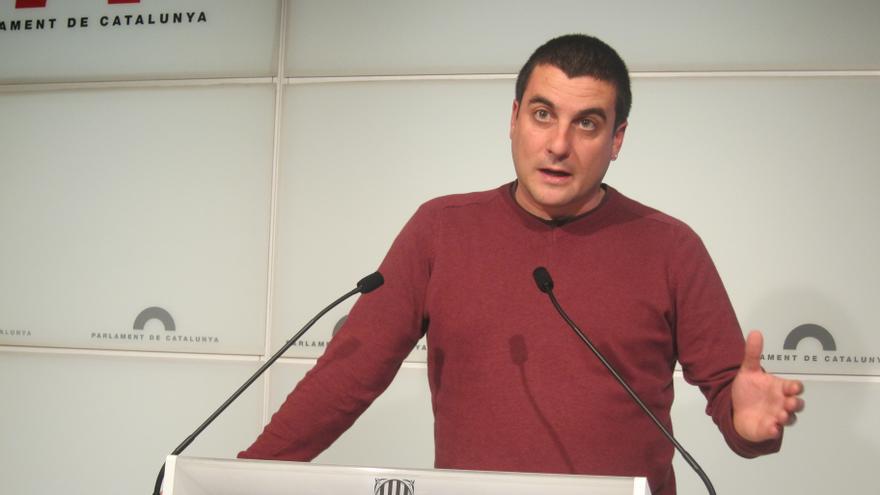 Former CUP deputy Quim Arrufat gave his version of the two complaints about macho aggressions that led him to leave the party. In a 10-minute video posted on his social networks, Arrufat has admitted the first of the complaints, but has denied the veracity of the second and has framed it in a “campaign of extortion and threats” to make him leave the party.

Regarding the first of the complaints, Arrufat has recognized that in 2014 he “involuntarily caused pain” to a woman. The case, explained the former deputy, “was worked” in the feminist commission of the CUP after which, according to his version, it was possible to “repair the pain, if it can ever be completely repaired” for the affected. “I received positive evaluations for the work done,” he alleged.

On the contrary, according to Arrufat, the second of the complaints that the CUP described as sexist aggression was actually a “perception of a threat” by a girl in the framework of a telephone conversation, which in any case, according to the former deputy, did not occurred. “I was very surprised that this was understood as a case of sexist violence, I tried to argue that there was enormous confusion here,” Arrufat explained in the video.

But in the opinion of the former deputy “the rumor was already spread” and his allegations were in vain as “an operation” was already underway to use this alleged sexist aggression against him politically. The feminist commission of the CUP then exhorted him – a few weeks before the municipal elections of last year, when Arrufat was going to go from number 4 on the CUP lists to the Vilanova y la Geltrú City Council – to go to the psychologist and “give up all public visibility “when appreciating an aggravation of recidivism, Arrufat has continued.

“It was with great humiliation that I left the CUP membership in disagreement with the case, with the treatment I received and the belligerence that was being applied to me,” Arrufat added in the recording. This newspaper has contacted the CUP – which on Sunday called both complaints “sexist aggressions” – to contrast Arrufat’s version, and the party has declined to give more details due to the confidentiality that protects the complainants. Neither of the two attacks was reported to the courts.

“There is nothing innocent in this operation that has led me to be threatened for a year and a half, to permanent isolation and the threat of being on the front page of the newspapers,” asserted the former deputy, who has charged against “intentionality.” and the “belligerence” of sectors of the party – which it has not identified – to “fraudulently use feminist protocols to act with impunity.”