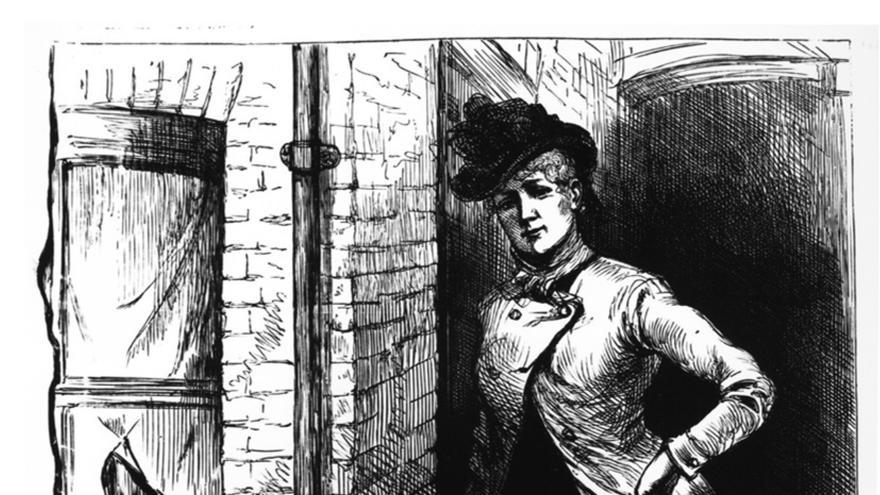 Barcelona, ​​Dec 20 (EFE) .- The North American historian Hallie Rubenhold rescues in her essay "The Five Women" the lives of the victims of Jack the Ripper, unjustly branded as prostitutes and whose oblivion, she says, "makes us accomplices of the murderer ".

"The Five Women" (Roca) recovers the "dignity" of the canonical victims of the London serial killer of the late 19th century, who the police universally agreed were killed by the one who was known as Jack the Ripper: Mary Ann Polly Nichols , Annie Chapman, Elizabeth Stride, Catherine Eddowes, and Mary Jane Kelly.

In an interview with EFE, the author notes: "We have not heard the stories of these women before because people have always been more interested in Jack the Ripper and in solving the mystery of his identity, like a game, and these women are just clues in this mystery, as if their story began with their death, so it doesn't matter, they died to create it. "

For Rubenhold, it is "ethically wrong that we should have so much interest in a murderer and almost turn him into a rock star at the cost of forgetting the human beings he killed, and the fact that they had families and friends who also suffered, and that becomes accomplices ".

The author's intention was to do for the stories of the 19th century prostitutes what she had done for the 18th century ones in her book "The Covent Garden Ladies" thinking that they were "the most famous prostitutes of the Victorian era, but there were no expected to find a total absence of documentation to support that three of the five victims were involved in the sex trade, "he explains.

Instead, Jack the Ripper has often been imagined as a fictional person: "He was real, as were the people he killed; and what has partly allowed them to be forgotten is the label they were given as 'prostitutes' to the eyes of Victorians, like flawed women. "

The historian assures that something very strange has happened with Jack the Ripper, turned into a "legend", as if he were a fictional character, and often mentioned along with other mythical monsters such as Dracula or Frankenstein.

"This has happened not only because of the mystery that surrounds the Ripper crimes, but because they also happened at approximately the same cultural moment in which Sherlock Holmes and Dracula were invented, hence the need to rescue the story from the legend."

Rubenhold states that "if this had happened today or even fifty years ago, I doubt that we would be celebrating the murderer in the same way; and it must be remembered that the victims have descendants who still live today."

Mary Jane Kelly, who was a career sex worker, left a substantial trail of evidence that she was involved in this 'business' and Elizabeth Stride was involved in prostitution in Sweden before emigrating to London and after the death of her husband , she was arrested for it in 1884, but it is not known if she had returned to prostitution when she died.

As for the others, these claims are largely based on "hearsay and prejudice" and, in fact, only Mary Jane Kelly had the word 'prostitute' written in the section marked 'occupation' on her death certificate.

Rubenhold does not hide his strangeness that until now no one has attempted a deep dive into their lives and that "almost every time they are talked about in relation to the Ripper, as if their lives only mattered in the grand plan of trying to discover the identity of their assassin".

The women, the historian points out, had nothing in common other than "abusing alcohol and that they had fallen into poverty and destitution."

Rubenhold laments that "people are obsessed with Jack the Ripper and as a society we still find the Ripper murders fascinating because the perpetrator was never caught, but I don't think most people have given too much thought to the victims, simply because our culture, following the example of the Victorians, never valued the women who were murdered. "

For the research of the book, Rubenhold worked for three years with documents of the time, secondary historical works to contextualize the information found on the five women, in addition to tracking censuses, birth, marriage and death records, school records, social housing records , work asylums or the army.

For her next book, she announces, she will continue in "the world of historical true-crime" to talk about "a sensational international murder that occurred in 1910 in London: the murder of music hall performer Belle Elmore at the hands of her husband, Dr. Crippen, both Americans.

"Crippen killed Belle and hid her body in the basement of his home in a respectable London suburb before fleeing with his secretary, Ethel Le Neve. They dressed up as father and son and attempted to escape to Canada before they were caught; and Crippen was executed but Ethel was found not guilty, although there is significant evidence to show that she was involved in the crime. "

Rubenhold will tell the story "from the perspective of women: Ethel, Belle and Charlotte, the first wife, an Irish nurse who died under mysterious circumstances in Salt Lake City."