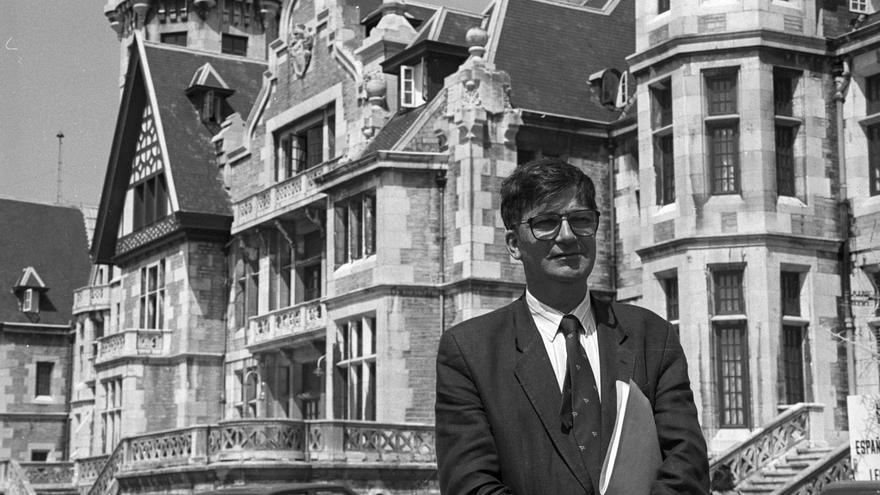 These days, while the Government fights against the pandemic and works to approve new Budgets that respond to the real needs of the country in these times, there are those who instead of collaborating in one or another task to help Spain and the citizens, are resurrected mantras with which to confuse, alter and distort reality. The Popular Party, with the inestimable help of the extreme right, has recovered ETA and its cruel murders as an excuse for not facing the country’s challenges alongside the Government of Pedro Sánchez, which is what as the main opposition party should to do in circumstances like the ones we live in.

They believe that every end justifies the means, which in their case is none other than delegitimizing a democratically elected government with the intention of overthrowing it. The debate on whether Bildu’s votes count or not in a consolidated democracy like ours, in which they have a representation in the Congress of Deputies and with which the PP has voted up to 13 times in the last 10 months, is harmful because it threatens the very essence of democracy.

The fight against terrorism lasted from 1978 to 2011, when ETA announced the definitive cessation of the armed struggle, a central policy of all the governments of Spain, which suffered and worked to achieve the end of terrorism that left more than 850 fatalities innocent.

Some in a context different from that of others, from the first years in which it was difficult to find collaboration on the French border to stop the murderers who were sheltering in the neighboring country, the Algiers talks in 1992, the National Liberation Movement Vasco, the first truce of ETA and the first rapprochement of prisoners in the years of José María Aznar until the end of terrorism under the Socialist Government in Euskadi, with Patxi López de Lehendakari, and the Socialist Government of Spain, with José Luis Rodríguez Zapatero as President and Alfredo Pérez Rubalcaba as Minister of the Interior. Today, those who from the PP remember who was one of the best politicians in democracy to attack the PSOE, the political organization for which he worked hard, dream that we forget that they asked for his resignation up to 46 times and accused him of complicity with the terrorism, as the Journal of Sessions of Congress shows.

For four decades, the ETA murders marked the agenda of a society that lived between fear, resignation and the pain of not knowing how to confront assassins who spoke with weapons on behalf of a people, the Basque, who never gave them permission. for it. Ten years later, the reality is quite different and as Ernest Lluch would say, whose murder marked the 20th anniversary on November 21, while they shout, they don’t kill. That is also the strength of our coexistence in peace and of our democracy, having defeated terrorism and having made them understand that only with words can they defend their ideas.

That’s the only truth. ETA and their terror disappeared from our lives because we defeated them. The victims and their families will always be in our collective memory, because we do not forget, and this country and its democracy will always owe them a debt. But today, Bildu gives voice to the proposals of a part of Basque society, defending their ideas within the framework of the rule of law as we asked them so many times during those lead years.

There are occasions like this in which some pretend that the myth surpasses the reality and that a fiction told hundreds of times, ends up looking true even if it is not. That is why we can never allow our history to be built by dint of forgetfulness or self-serving amnesia.

Hopefully in this country 5 deputies from Bildu were not necessary because the right wing understood what their role is in a crisis like the one we are experiencing. In any case, as a socialist and as a Spaniard, neither am nor will I ever be closer to Bildu than to the PP, I am where my party has always been, an organization with 141 years of history, which fights against inequality, for freedom, social justice, solidarity and equality. Those who want to support us in this titanic task of the country, welcome, wherever they come from if they respect democracy and the memory of men like Ernest Lluch, who gave up their lives to defend it.