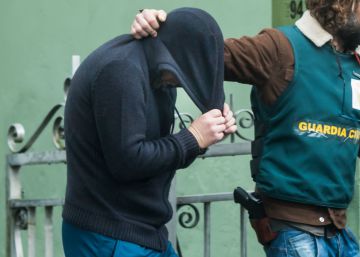 Forensics who performed Diana Quer's autopsy they have assured this Thursday that a "very specific" fracture in the hyoid bone was located in the victim's neck, which points to a strangulation, and they have rejected that it could be done accidentally, since in order for a person to die they "need at least five minutes of pressure "after losing consciousness.

This is how forensics have resolved, to the Prosecutor's questions, one of the keys to the trial, since the defendant, José Enrique Abuín, the gum, had claimed that he had suffocated to the victim accidentally. Alberto Fernández has defended that a person who is being strangled "takes time to lose consciousness between 20 and 30 seconds," but death, which occurs in a second phase, "requires that the pressure be continued further," said the coroner . "That is why one cannot strangle oneself if he is not hanging himself," he added before clarifying that "several minutes of pressure, at least five minutes, are needed for this."

As for the cause of death, the coroner has ratified that the girl was strangled with a flange, something that determines a break in the hyoid bone of the neck, as well as lesions in the vertebrae of the neck. "The most reasonable thing by far is the strangulation with a flange," Alberto Fernández explained.

The coroner Fernando Serrulla has confirmed that the "fracture pattern" of this bone indicates that the injury occurred "in life" and explained that it is a very "specific" injury. "You have to exert a very specific pressure to break the hyoid," he stressed

The flange that they believe was used to assault Diana was identified and measured in an autopsy room, and was entangled in the hair "a little below the skull", somewhat compatible with strangulation. The victim's neck was "skeletonized," that is, only in bone, which experts also believe is due to the high pressure in the area, which causes it to decompose earlier.

They have also emphasized during the session in the skeletonization of the dolls in the body, which also came off. When asked by the Prosecutor, the coroner has said that it is compatible with high pressure in the area, for example, that it was tied with the adhesive tapes that were found at the bottom of the well.

As for another of the keys of the case, Alberto Fernández has ratified that the autopsy did not find genital lesions that confirmed a sexual assault. "What does not mean anything," he explained before adding that these signs could be erased during the time the body was submerged or may not become apparent.

"If we had found them, we could have said that it has happened, but by not finding anything, we cannot rule it out," he said, while recalling that the "possibilities of finding AND in these conditions are negligible" "The miracle would have been find AND there, "he has apostilled.

As for the existence of lesions in the genital area, he has indicated that, to be located after so many days "they should have been very intense". "We would have seen a great tear, but it is not usual that there is," he said.

Diana's body was located at the bottom of the well, 10 meters deep and 1.14 meters in diameter, a width that, however, cannot rule out that the body turned inside. Chewing gum says he threw the victim starting with the legs, but was placed face down.

The coroner explained that "some parts" were "very well preserved", while others were "damaged." Among the best preserved was the heart and abdomen. He has also certified that they found fly pupae in the victim's hair, indicating that the body was emerged for about 20 days.

Today, heavy rainfall in the eastern half of the peninsula and southern Andalusia

Inequality in historical highs threatens the future of the world, according to UN