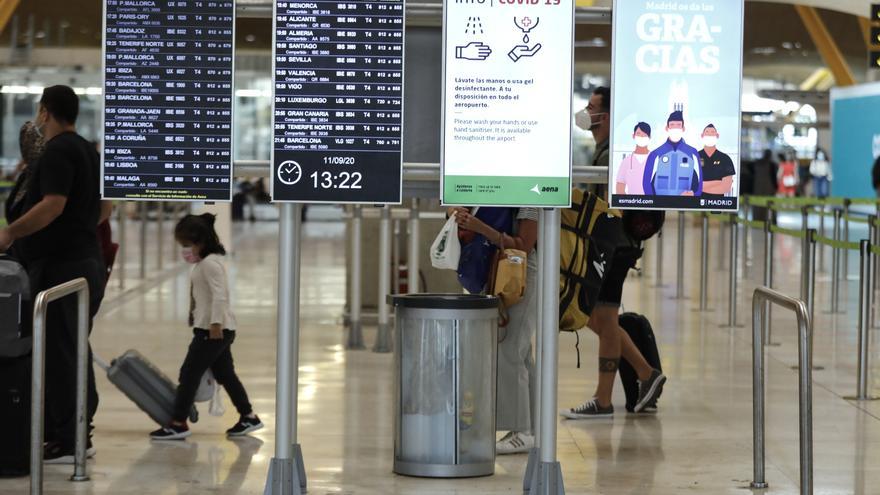 In 2020 the foreign population residing in Spain exceeded 5.8 million people for the first time, 2% more than a year earlier, although the impact of pandemic and restrictions on international mobility have meant lower year-on-year growth compared to previous years.

They are data from the Statistics of Resident Foreigners in Spain in 2020 published by the Permanent Immigration Observatory, dependent on the General Secretariat for Inclusion and Social Welfare Objectives and Policies of the Ministry of Inclusion, and includes those who have a valid residence permit and those residents in the EU free movement regime who they have a certificate of registration.

The accumulated growth of the resident foreign population in the last ten years is 19%, and 16% in the last five. An evolution that has slowed down due to the situation generated by the covid-19 and the mobility restrictions.

61% of the 5.8 million resident foreigners belong to the community regime, which applies to citizens of the EU and Iceland, Liechtenstein, Norway and Switzerland (members of the European Free Trade Association), and the rest to the general regime, that of third-country nationals.

The Venezuelans They are the only ones outside the EU that have grown in the last year, with an increase of 53%, a far cry from the 6% British -the second with the highest growth despite the pandemic and Brexit- and 5.6% of Italians.

Two thirds of resident foreigners live in four autonomous communities: Catalonia, Madrid, Andalusia and the Valencian Community. And only seven provinces (Madrid, Barcelona, ​​Alicante, Malaga, Valencia, the Balearic Islands and Murcia) account for 57% of the total and all of them exceed 225,000.

On the opposite side, Ceuta, Palencia and Soria they register the fewest number of foreign residents, with less than 10,000 people coming from other countries each.

However, if the percentage of foreigners out of the total population is taken into account, Almería, Baleares, Lleida, Girona and Alicante are those with a higher proportion of foreign population among its inhabitants.

The report confirms that the sociodemographic profile of resident foreigners is very heterogeneous: the middle age is close to 40 years and men predominate over women.

However, there are more mature groups among those from the EU, such as the British (average age 54 years) and, to a lesser extent, Germans (49 years), and others much younger like Pakistanis and Moroccans (33 years old).

The Permanent Observatory of Immigration has also published the statistics of foreigners with authorization to stay for studies in 2020, a group in which the strong impact of the health crisis is felt even more intensely.

56% (19,875) of the authorizations to stay for studies correspond to women and 80% to under 30 years (The average age is 27 years), highlights the report, which indicates that Chinese students are the most numerous, 12% of the total, followed by Americans, Colombians and Moroccans.