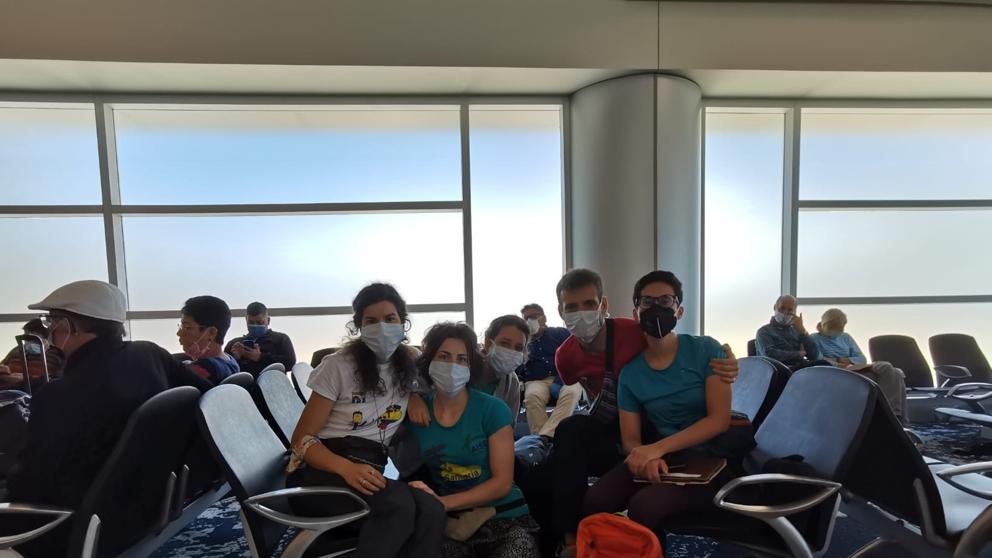 More of 1,200 Spaniards who were abroad, most of tourism, at the time when the coronavirus crisis was declared, have managed to return to Spain thanks to the efforts made by the Ministry of Foreign Affairs, through its more than 200 embassies and consulates. Nail managements which have been carried out on the one hand with airlines, Y for another with the authorities of the corresponding countries, to ensure that aircraft could land and take off.

According to foreign sources, the main contingents of repatriated Spaniards have been since Buenos Aires, Ecuador and the Dominican Republic. However, there are still more than 2,000 Spanish citizens who are trying to return to Spain and cannot. To all, the Ministry asks them to cry out and assures them that they are trying to solve all situations.

Among those solutions, It is not ruled out that the Government uses Army aircraft to transport the Spaniards who are unable to do so by other means, according to the Chief of the Defense Staff, (Jemad), Miguel Villaroya, although in principle what the Government is trying to do is for all repatriations to be carried out on commercial aircraft and with the ticket paid by the tourists themselves, so as not to distract money from the public purse.

Specifically, according to the data provided by the Ministry of Foreign Affairs, yesterday they returned Sunday to Spain: 270 Spaniards, on a specific flight chartered by Iberia that left Buenos Aires on Sunday and arrived in Madrid on March 23.

Further, 359 Spaniards arrived in Barajas today on a flight that took off from Quito yesterday, and which included citizens from Guayaquil, a city where another Iberia plane could not land last Thursday, after the mayor of this city put vans on the runway, to prevent it. What the consular officials did was arrange for tourists to go to Quito and meet with others, to facilitate departure.

Also yesterday they arrived to Las Palmas de Gran Canaria Tunisia, 120 Spaniards from Cape Verde on a special Binter flight, and 22 returned to Madrid from Tunis, on an Air Europa flight. 48 Spaniards made it from Athens to Barcelona, ​​on an Aegean flight.

Spaniards return from all continents

Last Saturday, March 21, 83 Spaniards were able to fly from Gambia to Las Palmas de Gran Canaria, on a Binter flight in which 106 people traveled; and 42 returned to Madrid with a special Aegean flight from Athens to Madrid.

540 Spaniards have returned from Malta since last week

It is also expected that another ferry will depart from Civitavecchia to Spain tomorrow to allow the return of Spaniards affected by this situation in Italy. They all add up to almost 540 Spaniards who were able to return on flights chartered by the Maltese authorities from Valletta to Spain as well as to the more than 600 passengers who took the ferry from Civitavecchia to Barcelona last week.

In addition to these special flights, it should be noted that citizens affected by COVID19 restrictions continue to return to Spain from those airports where commercial flights continue to operate.

The telephone enabled in Spain to serve tourists receives more than 6,000 calls a day

Exteriors ensures that Embassies and Consulates of Spain in the world continue working with all their resources, despite these difficult circumstances, and they are focused on achieving the return of Spanish citizens from abroad.

In Madrid, the crisis unit of the Ministry of Foreign Affairs is operating every day, 24 hours a day, and is attending to a measure of more than more than 6,000 calls a day to ensure that all Spanish tourists can return to Spain.

The number two of the Police, José Ángel González, positive for coronavirus

The Venezuelan Government rejects the US proposal of a transitional Executive