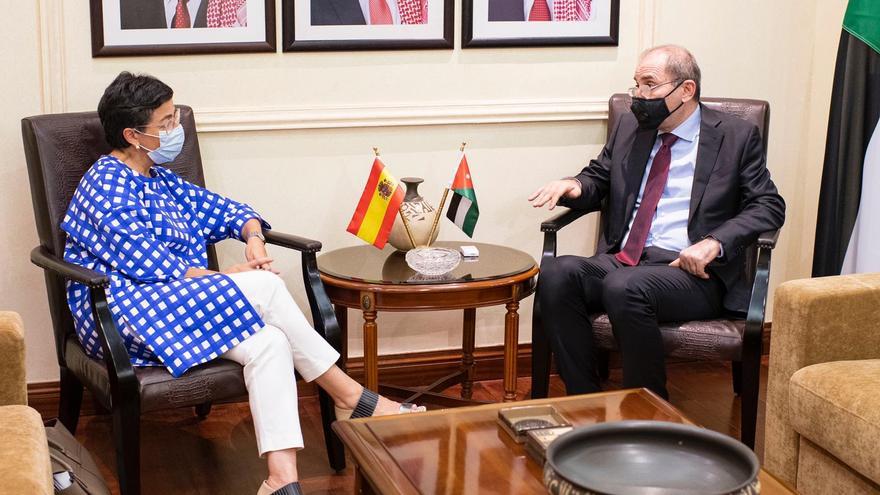 Faced with an international scenario where countries and cultures seem increasingly closed in on themselves, Spain wants to be an example of the opposite and turn its diversity into a letter of introduction. To this end, the Ministry of Foreign Affairs has convened a group of 12 experts and invited them to reflect on the country’s values ​​in coherence with its cultural, linguistic, generational and identity diversity. A forum in which writers, academics, researchers or politicians will meet and that will constitute the axis on which Foreign Affairs intends to build its future international public diplomacy strategy.

Minister Arancha González Laya advanced the project on Monday, which she described as “a laboratory that inspires others who face these same challenges.” Sources from the Ministry explain that the group has already begun to work and that it plans to present its reflections at the end of this year, in a volume of consensus among the twelve participants in which issues such as the country’s values, its challenges, the characteristics of Spanish citizens, the role in the world of Spain or its main challenges. This document, together with the foreign action plan that will also be approved in the coming months, will constitute the pillar on which the country’s new reputation strategy will be built.

Among the names that are part of the group are experts such as the president of the Higher Council for Scientific Research (CSIC), Rosa Menéndez, the former Minister of Education of the PSOE, Mercedes Cabrera, or the former Secretary of State in the Ministry of Culture with PP José Maria Lassalle. Also names associated with the world of philosophy, such as Adela Cortina or Daniel Innerarity, the sociologist Xabier Barandiaran, the historian Xosé Manoel Núñez Seixas, the CIDOB member Pol Morillas or the former opinion director of The country, Máriam Martínez-Bascuñán, as well as advanced the newspaper itself.

The list of participants is completed by three international views, one from each world sphere to Spain feels linked: the Colombian writer Juan Gabriel Vásquez, the North American historian Carrie Gibson, and the French political science professor of Algerian origin Sami Naïr. A group that from the ministry considers that it captures both the internal diversity of Spanish society and the anchors with the Latin American, Anglo-Saxon, European and Mediterranean tradition that Spain has.

“Before launching ourselves into foreign policy, it seemed important to us to have a vision of the values ​​that Spain represents,” Manuel Muñiz, Secretary of State for Global Spain, who promotes this forum, explains to this newspaper. According to the Ministry, the reflection they want to launch from this space goes beyond the question of the image and reputation of Spain, but also wants to influence the position of the state in the different international scenarios. Therefore, it is a matter of understanding in depth the interests, objectives, opportunities and challenges of the Spanish people in order to better represent them in the international sphere.

The idea from which Foreign is part is that the world, which for several decades had tended towards globalization, in recent years has seen this trend revert, with processes of erosion of multilateralism, the rise of national populism and increasingly fractures accused between countries and communities. In this context comes the COVID-19 crisis, which experts consider an accelerator of these dynamics.

“At this very moment the soul of the international future is being discussed, that is why this reflection is particularly relevant,” says Muñiz, who assures that Spain is not only interested in promoting an international order based on multilateralism, but that it may play a role relevant to it. “One of the peculiarities of Spain is its capacity for nodality in international relations, as an Ibero-American country, a representative of Atlanticism, connected with North Africa and also as part of the heart of Europe. That gives us advantages in this great post-debate debate. covid “, says the secretary of state.

In recent times, Spanish foreign action has had several challenges in which it has had to make an effort to get its story across. First it was the Catalan crisis and, more recently, the Spanish management of the pandemic. During the last months the ministry has redoubled its efforts to convey that Spain is a sanitary safe country to maintain the attraction of foreign visitors. At the same time, Global Spain tries to redirect its action to place Spain among the European countries that are seen as an example of internal diversity management and that can help to spread the idea of ​​democracy internationally.