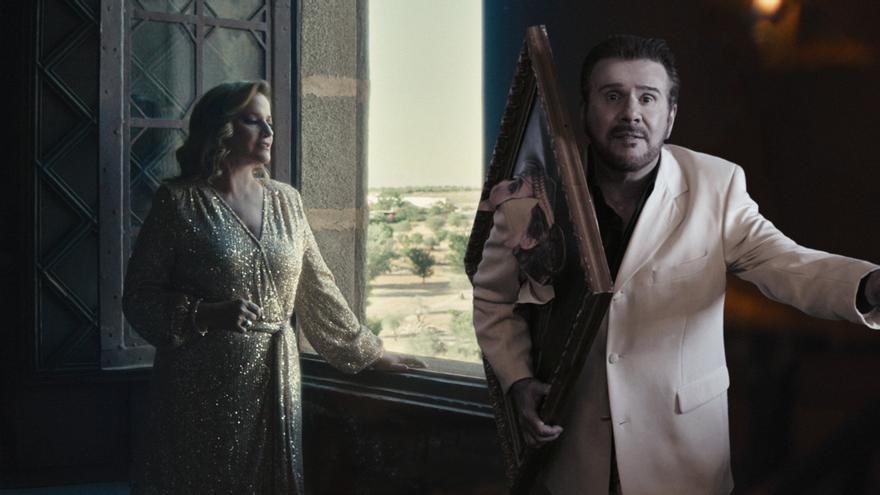 Buenos Aires, Jul 22 (EFE) .- The brothers Lucía and Joaquín Galán, better known as Pimpinela, fight again, covering “Forget me and hit the back”, their greatest success, to promote the second season of the series “El Cid “, which recounts the adventures of the historic Rodrigo Díaz de Vivar on the Amazon Prime platform.

The Galán, born in Argentina but very close to Spain for being the children of an Asturian and a Leonese and having triumphed there throughout their careers, recorded the video in the 15th century castle of Guadamur, located in the Spanish province of Toledo.

“The battle between brothers has begun”, reads the promotional campaign, in which the two artists, popular for their particular musical fights, pay tribute to the plot of the second season of the series, which reflects another fight between brothers, that of the sons of King Fernando I of León for the distribution of their lands after his death.

With comic overtones and the lyrics as karaoke, the Galán interpret in the video a large part of the song that launched them to success in the early 1980s, but with the verses adapted to the particular medieval context.

There is no lack of the mythical “who is it?” of Lucía and the “it’s me” of Joaquín. But then everything changes.

“Because father left these lands for me. So go, forget my shield, my sword, my spear and surrender to Urraca”, Lucía expresses among other changes to the popular lyrics.

“Go away, forget that I exist, that you were my brother and return to Castilla. War with others, that you have experience for that …”, concludes the renewed song.

The second season of “El Cid”, which premiered last week, revolves around the disputes that arose after the death of King Fernando, over the distribution of his lands among his sons: Sancho, guarantor of Castile; Alfonso, at the head of the Crown of León; García, who reigns in Galicia; Urraca, lady of Zamora and Elvira, from Toro.