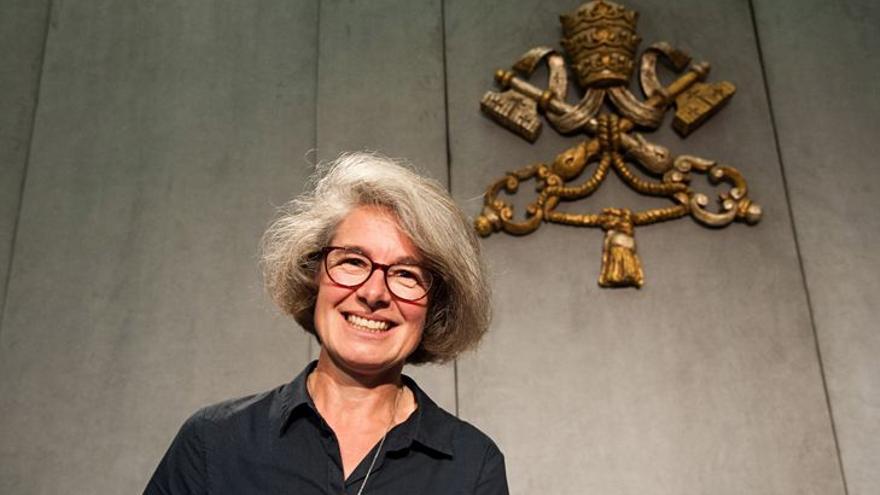 It is a small step, perhaps too small, to achieve full equality in the Church. But, as his intimates suggest, “Francisco tries to ensure that every movement does not go back. And today has enormous significance: for the first time in the history of the Catholic Church a woman will participate, with the right to vote, in the largest assembly of the Vatican (excluding conclaves): the Synod of Bishops.

And she will not be a bishop, because for the moment women are banned from the episcopate, although the French Anne Soupa has already run for archbishop of Lyon. But it will participate, on a resounding level of equality, with the bishops who participate in the Synod. All men. This is the Javerian Nathalie Bequcart, who this afternoon has been appointed (together with the Spanish Augustinian Luis Marín de San Martín) undersecretary of the Synod of Bishops, one of the most important positions ever held by a woman in the Vatican.

The step, which seems minor, is of enormous importance in ecclesiastical terms. During the last Synod of the Amazon, about thirty women participated in the sessions. They were, for the first time in a long time, heard. But, when voting, only men had a voice in the Assembly. Now that changes. Forever? This is what Cardinal Grech, Secretary General of the Synod, believes, who maintains that “with the appointment of Sister Nathalie Becquart and her ability to participate with the right to vote, a door has been opened, we will see what other steps can be taken in the future” .

For the full equality of women

Only one woman at the moment. But no one dares to deny categorically that the rest of the women – many of them leaders in their religious congregations – are participating in the next Synod (scheduled for 2022, and in which the participation of the laity in the Church will be discussed). ), they will be able to vote as well. Just in case, Catholic women have already convened a parallel synod for the same dates in Rome, to reclaim their rightful role as a numerical majority in the Church.

For Cardinal Grech, the appointment of Becquart “helps us to remember that in the synod processes the voice of the People of God has a specific place and that it is essential to find the means to favor in them, the effective participation of all the baptized.” Also, of women.

And it is that, adds the new ‘head’ of the French nun, the decision taken by Francis will also allow the laity “to participate more in the dynamics of responsibility.” With a clear objective: “To experience a new style of ‘synodal’ leadership, a less clerical and hierarchical leadership in service.”

Who is the chosen one? Sister Nathalie Becquart, was born in Fontainebleau (France) in 1969. She graduated from the School of Higher Commercial Studies in Paris (HEC Paris), studied philosophy and theology at the Center Sèvres-Faculty of the Jesuits in Paris, sociology at the Ecole of Higher Studies in Social Sciences (EHESS) from the same city and specialized in ecclesiology with research on synodality at the Boston College School of Theology and Ministry, in U.S.

In 1995 she joined the Missionaries of Christ Jesus. In 2005 he made his perpetual vows. She was director of the National Service for the Evangelization of Young People and Vocations of the Episcopal Conference of France (from 2012 to 2018) and consultant of the General Secretariat of the Synod of Bishops (since 2019).