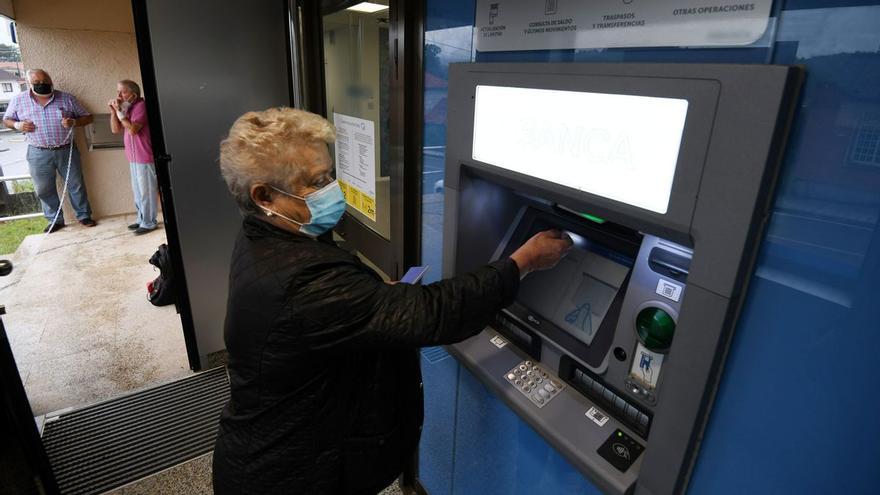 "I am 78 years old and I feel left out by the banks [...] They have forgotten the old people like me". With this convincing statement, he has launched your petition on Change.org a retired Valencian tired of finding himself in difficulties with automatic machines and online applications when boarding bank transactions. His initiative in the signature collection portal, launched a few days ago, touches the 240,000 supports in an appeal to banking entities to recover the "humane treatment" with their clients.

"They do not stop closing branches, some ATMs are complicated to use, others break down and nobody solves your doubts. There are procedures that can only be done online..."

"I want to continue being independent, hence the slogan of the campaign is 'I am older but not an idiot'", explains the promoter, Carlos San Juan, who hopes that this claim can reach "the hearts" of the presidents of these entities and the Bank of Spain.

In his request, San Juan exposes the many problems he faces when he needs to perform an operation: "They do not stop closing branches, some ATMs are complicated to use, others break down and nobody solves your doubts. There are procedures that can only be done online... And in the few places where there is face-to-face attention, the hours are very limited, you have to make an appointment by phone, but you call, nobody picks up and they end up redirecting you to an application that, again, (the elderly) we do not know how to use, or they send you to a distant branch that you may not have a way to get to.

This digitization of banking services, hand in hand with a reduction in face-to-face service, began after the financial crisis, with the merger of entities and the disappearance of branches, an adjustment that affected all customers. Thus, in September 2008 there were 2,539 branches in the community. At the end of 2020, according to data published by the Bank of Spain, there were 1,231 left. In little more than a decade they lowered the blind 1,308, 51.5% of the network.

This trend was accentuated by the crisis of the COVID-19, when the treatment of you to you was reduced to its minimum expression. As of March 31, 2021, there were 1,195 operating branches in the community, according to the last balance of the Bank of Spain, after the closure of 157 in one year. In March 2020 there were 1,352. The leap to new technologies it took 1,344 branches in the community ahead –51% of the network– from the maximum registered in mid-2008. There are fewer and fewer physical offices and with practically all the services available through the online channel.

This new adjustment especially affected the rural area in our community, which suffered the closure of numerous branches. This caused the mobilization of the affected neighbors, mostly elderly population, who could no longer collect their pensions in cash as they had been doing. As of mid-2021, in 45 councils there was not a single branch left while in another 118 one survived.

The digitization of the entire banking business has made it extremely difficult for older people to manage their funds. "Before, you used to go to the checkout and make a payment or any other procedure, but more and more, for simple procedures, you are required to use complex technologies that many of us do not know how to use," says the promoter of the initiative, that calls for a "more humane" treatment.

"We are not denying computerization but that they give us time and that they maintain offices and personnel for direct attention to the elderly. It cannot be that from one day to the next a computerized dictatorship is imposed and that it is homogeneous in all the entities", emphasizes San Juan.

On Change.org he insists that "many older people are alone and have no one to help them" and demands that "banks serve the elderly without technological obstacles and with more patience and humanity, and that they keep open offices where a person can assist you; that not everything be online".