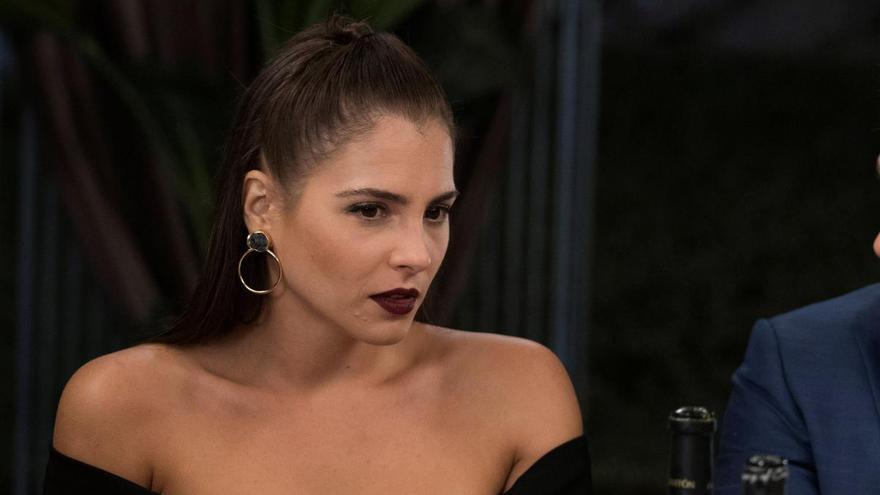 Andrea Duro leads the cast of ‘FoQ: the reunion ‘, a special that arrives ten years after the goodbye of ‘Physics or chemistry’ and that allows you to reincarnate Yoli, the character who opened him, tells Efe, a path in the interpretation: “It was not in my plans to be actress. It was rebound. ”

“Life is super capricious and wonderful,” he says. Andrea Duro (Madrid, 1991) in an interview with Efe in which she reels and analyzes her career as an actress, from that fortuitous (and first) role as Yoli in ‘Physics or Chemistry’ to his current projects, among which two stand out films and the expected reunion of the students of the Zurbarán school.

The Madrilenian has always said it, taking over the role of Yoli “was rebound”. An opportunity that presented itself because the actress who was supposed to play the character left the project and Andrea’s name was the first to sound to replace her.

A call that completely changed his life: “It was not in my plans to be an actress.” The interpreter is sincere and admits that “she probably would not have been an actress if it were not for ‘Física o Química'”, a project to which she returns, ten years after the series said goodbye to the audience, with the role around which rotate the whole plot.

The Yoli’s wedding is the central hub and the main cause for which Zurbarán students and teachers meet again more than nine years after saying goodbye. A reunion that was a “shock” for the Madrilenian: “It was too incredible to be true.”

“My representative called me just before the pandemic, a few days before, and said ‘I’m going to tell you something that you will not believe,'” says the actress. “He told me about the reunion and that they wanted the central axis of the plot to be Yoli’s wedding.”

“It seemed very shocking to me, but I wanted to give it a spin. Angy, who told me that he felt like it and that he knew Maxi (Iglesias) and Adam (Jezierski) they were for work and we said yes, “says the actress.

She acknowledges that she considered it “essential” that “all the companions be there”, but that the lives of the actors are very complex and the agendas “very difficult to square” (in relation to the absence of Úrsula Corberó, who is some wink with his character from Tokyo in “The paper house”).

“The ideal would have been that we could all have been there, but the circumstances are like that. Things cannot be perfect at all, unfortunately,” says the actress, who returns to share the scene with Angy, Maxi Iglesias, Sandra Blázquez, Adam Jezyerski , Leonor Martín, Andrés Cheung, Javier Calvo, Adrián Rodríguez, Ana Milan, Blanca Romero, Álex Barahona and Marc Clotet.

He also admits that It “gave him a lot of impression to return to the character of Yoli ten years later” and that it was difficult for him to get out of the loop of thinking “that he would not be able to go back” to get into his skin. His “trick” during confinement to immerse himself in Yoli’s life was, he tells Efe, to see the series again.

“I used the quarantine to watch the series again, but I saw it from another point. I discovered a very beautiful, very interesting series and a very good series that had endured a lot. That people want to continue watching it and that there are new teenagers who are hooked now it’s amazing, “he says.

Specifically seven seasons, from 2008 to 2011, it endured ‘Física o Química’ on Antena 3. A daring, risky, irreverent and outspoken series that became a true revolution that attracted an adolescent generation who saw those young people as referents, idols who dared to do and say everything that seemed ‘forbidden’.

Duro, Javier Calvo and Ana Milan became the only three actors who remained throughout the seven installments and that “continue at the foot of the canyon, season after season,” says the actress with a laugh, was key to being the “leader” of the reunion.

“The main characters left and the few who remained were the three of us. In the end you hang on there and they remember you more and when a reunion like that comes they give you a little more prominence, but not much more,” he says.

The actress, who is awaiting the release of the feature films “With whom you travel” and “Xtremo”, acknowledges that the reunion of Yoli and Fer was one of the most special for her: “The moments with Fer made me an illusion that I was dying. With Javi Calvo it seems as if the years had not passed. Everything came out and moved the same, “he says.

A three-week (and two-episode) experience that has allowed him to work again with the cast he has enjoyed the most in his career. “I have worked with wonderful casts with which I have felt very good, but none like ‘FoQ'”, concludes the actress, who admits that “I would be happy” if the series returned.

Belén Esteban reveals the reason for her anger with Anabel Pantoja

‘Equipo 112’ returns to Televisión Canaria with the emergency teams

Season 6 of ‘Peaky Blinders’ will be the last