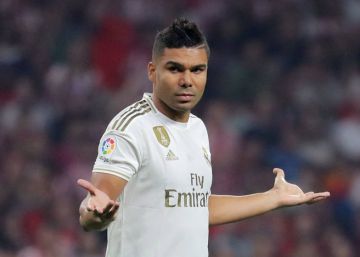 They take advantage of the hours in which they know that the players are playing or concentrating to hit. They look for valuables (watches, jewelry) or cash. They are thieves specialized in luxury homes, presumably bands from Eastern Europe. They usually act in groups of three, and one of them always stays in the car to guarantee escape. Before committing the robbery, they follow the players from training to their homes and analyze their movements and the surveillance they have in their mansions. Those are the characteristics that, according to the investigators of the Unit of Crime and Organized Crime (UDYCO) of the National Police, are responsible for the new wave of robberies suffered by soccer players in the last week. More than twenty soccer players have been victims of hooded assaults.

The last case was that of the Italian player Marco Borrielo, who until last year played in the second division in the You Ibiza. Several hooded and armed men entered their village of Sant Josep on the island last Monday and threatened the people inside, although they were not injured. Days before, and after a first attempt on Monday, Saturday, September 28 thieves assaulted the house of Atlético de Madrid midfielder Thomas Partey, taking money and some valuables despite running into the cleaning lady inside the house, located in a luxurious urbanization of Boadilla del Monte.

Almost at the same time, the thieves sneaked into the house of the Real Madrid player Carlos Casemiro in the luxurious neighborhood of La Moraleja in Madrid, while he played the Madrid derby against Atlético de Madrid in the Wanda Metropolitano. At the time of the assault, the woman and daughter of the footballer were in the house, who were not attacked by the thieves. Recently his teammates Lucas Vázquez and Isco Alarcón have experienced similar situations, as has the team coach, Zinedine Zidane. Upon hearing the news of the theft at Casemiro's house, Lucas Vázquez's wife posted the following message on her Instagram account: "One behind the other. When can you live quietly in your own home? When can you go to work quietly? "

Only two weeks before the assault on Casemiro's house, on September 15, another group of thieves entered the house of Barça Defense, Samuel Umtiti. They scrambled the whole house and devalued the safe, which police investigators found open, as were the doors of his house, in Esplugues de Llobregat.

The Police believe that these are perfectly organized groups of people and that they could even "get to buy people from within, the security services of the players", although all the lines of investigation are open.

Jordi Alba, Álvaro MorataGabriel Paulista, Ezequiel Garay, Joaquín, Raphael Varane, Funes Mori, William Carvalho are some of those who have also suffered robberies lately. Only in the month of April did the houses of Garay, of his colleagues from Valencia, Paulista and Geoffrey Kondogbia assault; and of Mori and Toko Ekambi, of Villarreal, which has led researchers to think that at that time the gang of assailants was acting in that area. In all cases the thieves took advantage of the days of concentration and the hours of the game.

In February 2019 it was his turn in Madrid to white player Raphael Varane (they took 70,000 euros); and in Barcelona, ​​the Barca midfielder Coutinho and the Blaugrana striker Kevin Prince Boateng (the booty was 400,000 euros). On the last day of that month, they entered the home of the Real Madrid player Karim Benzema, while playing the classic against Barça.

Agents have warned that thieves do not skimp on surveillance hours, both of the physical environment of the homes and the social networks of their possible victims. The multiple photos that soccer players and their families hang on Instagram, for example, are an informative "reef" for this class of criminals. "They spend the day diving in the networks to know details of the lives of the players and their families, all the data may be relevant," say the researchers, who discourage the use of these public profiles.