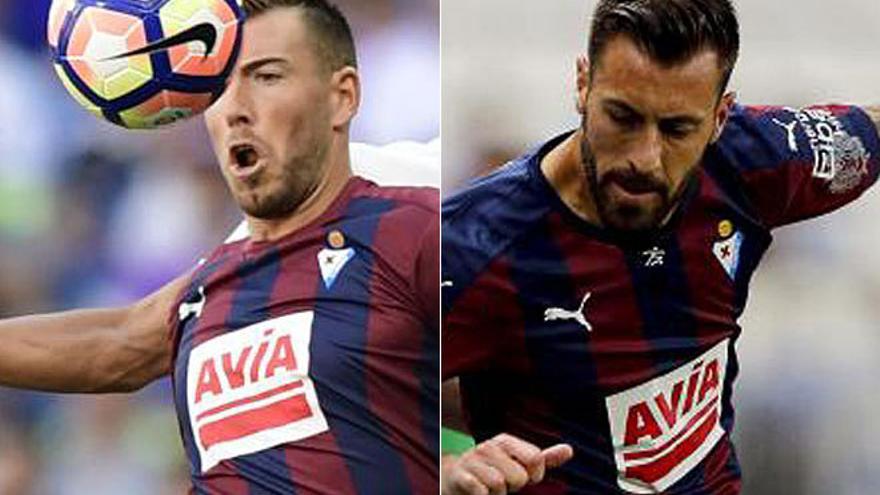 Footballers Sergi Enrich and Antonio Luna have been sentenced to two years in prison for the dissemination of a video that was recorded while having sex with a girl, while his former partner Eddy Silvestre has been acquitted, according to sources in the case to the agency EFE.

The court that issued the sentence has decreed that the execution of the sentence be suspended, so the two players should not go to prison, since it has been taken into account that they admitted the facts and compensated the victim.

During the trial, which took place last October, the girl with whom the soccer players Sergi Enrich and Antonio Luna recorded a video having sex in April 2016, which went viral in October of that same year, acknowledged feel "relief and satisfaction" at having been proven that "at no time did he consent to that recording or its subsequent dissemination," according to his lawyer, Iñigo Iruin.

The Public Prosecutor's Office and the private prosecution reduced the prison request for Luna and Enrich from five to two years, while for Silvestre (finally acquitted) it was another two years. In this regard, the lawyer explained that, in addition to the "relevant" conduct of the two main defendants at the hearing, both acknowledged that they recorded and disseminated the sexual relationship without consent and "prior to the trial, an amount higher than that requested by the Public Prosecutor and the private prosecution had been consigned for the victim to be delivered."

More and more people are moving from WhatsApp to Telegram. Did you know that elDiario.es/Euskadi has a channel there with more than 1,380 subscribers? In it, our followers receive, through the app or its web version, truthful, quality information, with direct links to our news that allow them to know the news of the day in a pleasant, easy and fast way.

If you still don't know us on Telegram, this is the moment. Our readers, more and more, appreciate a channel that is easy to access and free, which makes you stay up to date in an easy and direct way. Join our Telegram channel and live today with us.