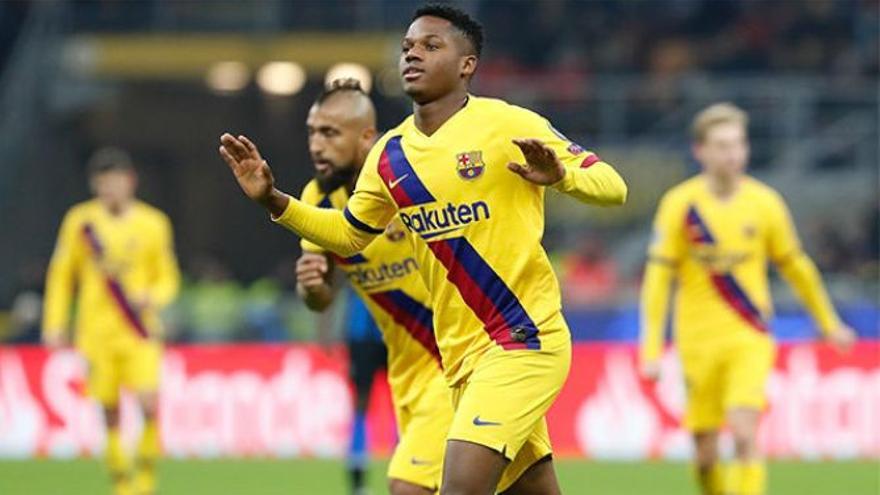 "Running Ansu has something like a gazelle, a very young and black mantero that you suddenly saw running along Paseo de Gracia." The chronicle of Salvador Sostres on ABC of the match that faced Barça with the Hungarian Ferencvárosi TC slides several racist comments towards the extreme culé and the Spanish team Ansu Fati. In the article, which has already undergone extensive rectifications, the author draws a comparison in order to criticize the mayor of the city, Ada Colau, to end up deciding that, under her mandate, "the criminals are the police and not the manteros ". Fati's partner, Antoine Griezmann, has criticized the comment on social networks, calling it "racist" and "rude." The French player has demanded on Twitter "respect" for his partner.

Early in the morning on Wednesday (more than ten hours after publication), the columnist was forced to issue a correction and an apology in the newspaper. In the correction of the article, the paragraph has finally been eliminated by adding a note from the author expressing his apologies.

"In my desire to praise the beauty of Ansu's movements, and his class as a very young player, some expressions were taken as a racist contempt," Sostres argued in a brief statement before apologizing "to anyone who may have been offended. ".

Ada Colau has expressed her support for Fati and "all the anonymous young people who are caricatured or stigmatized by the cave because of their skin color." The mayor of Barcelona has demanded an apology and a correction for the vexatious comments.

According to Cadena SER, the club will sue the perpetrator in what purports to be a complaint against racism and the comments spilled towards the end of 17 years.

Somewhere there's something you need to read.