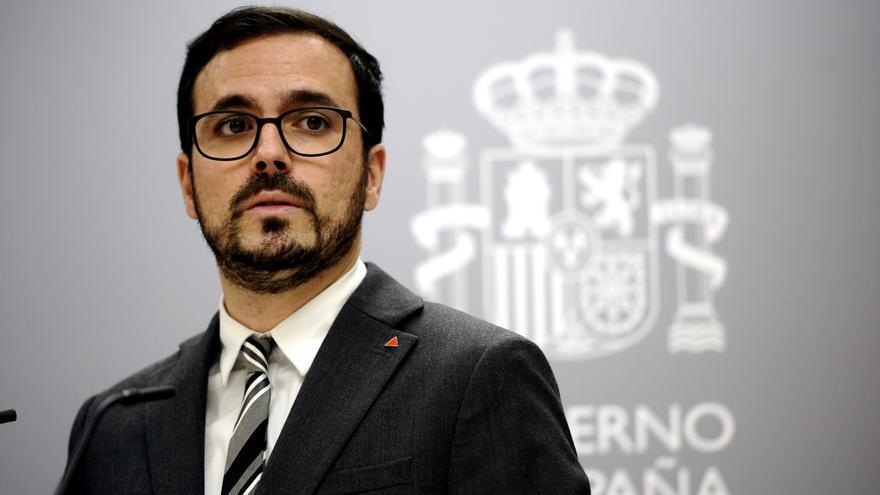 Soccer teams will have until the end of the season to terminate their advertising contracts with bookmakers. This has been communicated by the Minister of Consumption, Alberto Garzón, to 25 clubs that have current contracts with gambling companies, after the Council of State has recommended that period for the entry into force of the prohibition of these sponsorships, included in the decree of publicity of the game whose approval is finalized by the Government.

According to Consumption sources, Garzón sent letters to the presidents of the 25 football clubs that have signed sponsorship contracts for the next few years with betting companies to warn them that they must terminate those agreements on that date.

It has done so after the Council of State, in its mandatory ruling on the decree, has indicated August 30, 2021 as the date for the entry into force of the ban on sponsorships, according to Consumer sources.

In his letters, Garzón has informed the clubs that the ministry will bring to the Council of Ministers “in the coming days” the royal decree that will regulate the advertising of the Game. The rest of the First and Second Division clubs have also received another informative letter.

The ministry explains that the Council of State has recommended that August 30 deadline because it understands that “an immediate cancellation with the 2020-2021 season already started could lead to the bankruptcy of several sports projects.”

Several clubs had requested moratoriums of up to three years, similar to those that were in effect after the tobacco advertising ban came into force, in order to continue exhibiting their sponsorships.

Last August, when the decree was still pending the opinion of the advisory body, Garzón already warned the clubs of the “recklessness” that, in his opinion, was supposed to sign new contracts of sponsorship with gambling companies when the regulation in process was going to prohibit them, after several clubs challenged the prohibitions of the text by signing agreements with different betting houses.

The minister then praised the “display of responsibility” of the clubs that were changing their sponsorships to other types of companies, while “unfortunately” others were renewing contracts for two or three years, which he described as “reckless”.

For this reason, he asked the clubs to “anticipate events, not to stress more with the Ministry of Consumption and with this Government.” “They will have to correct it because the law is the law” and “the sooner this reality is assumed, the better for everyone.”

In July, the general director of the Game, Mikel Arana, assured that the teams “they will have time to adapt“to the prohibition although” we will see in what terms. “It is estimated that the veto on sports sponsorships (both advertising on T-shirts and on billboards and stadiums and advertisements in the media except in the early morning period) will drain about 80 millions to the clubs, to which the suspension of the competitions due to the health emergency and the subsequent resumption of the same without an audience in the stadiums has hit hard.

The decree was reformulated and hardened after the experience of the temporary ban of advertising the game during the state of alarm and urgent processing in Brussels due to the possibility that eventual “Specific outbreaks” of the coronavirus force new confinements of the population.