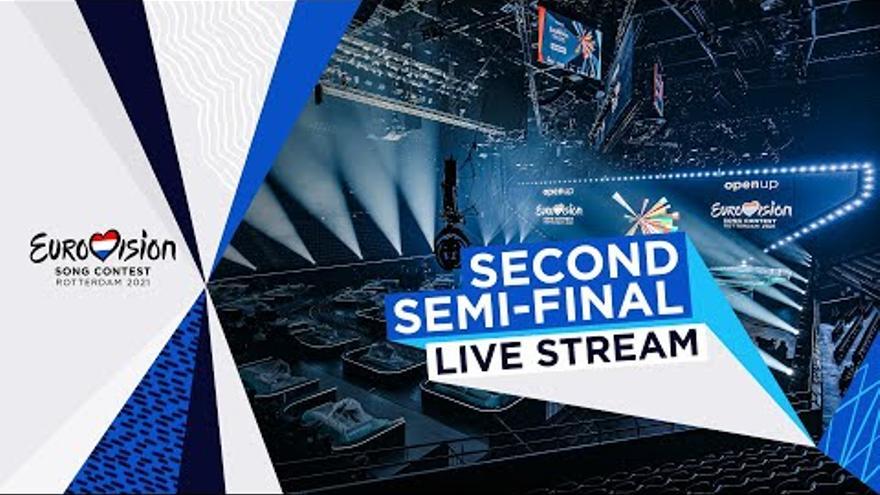 The Eurovision Song Contest 2021 This Thursday celebrates its second semifinal at the Ahoy Arena in Rotterdam and it will reveal the names of the countries that will complete the list of participants in the grand final on Saturday. Malta, Cyprus, Azerbaijan and Russia, Lithuania, Sweden, Norway, Belgium, Israel and Ukraine they were the last to join the final cast.

Is second appointment will feature performances from 17 countries, of which 10 will be chosen. One of the favorites to be proclaimed winner in the grand final, Iceland will not be able to perform live due to a positive covid-19 among the musicians of the band Daði & Gagnamagnið

Of the 20,000 tests that have been made to the staff of the Ahoy event center, journalists and delegations participating in Eurovision, only 10 have tested positive so far, and “no contagion took place inside” the building, confirmed the executive producer of the festival, Sietse Bakker.

The tests in question were carried out in the special test center installed outside the Ahoy building, since it was built on April 6, until last Monday, a day before the start of the Eurovision semifinals, Bakker told the Dutch agency ANP .

Schedule and where to see the semifinal

The semifinals, like the rest of the Eurovision Song Contest 2021, they will be able to be seen in open through RTVE. Specifically, it will be The 2 the channel in charge of transmitting the two initial rounds of the contest, which will start at 9:00 p.m. and end at 11:10 p.m.

2- Estonia (Uku Suviste – The Lucky One)

13- Bulgaria (Victoria – Growing up is getting old)