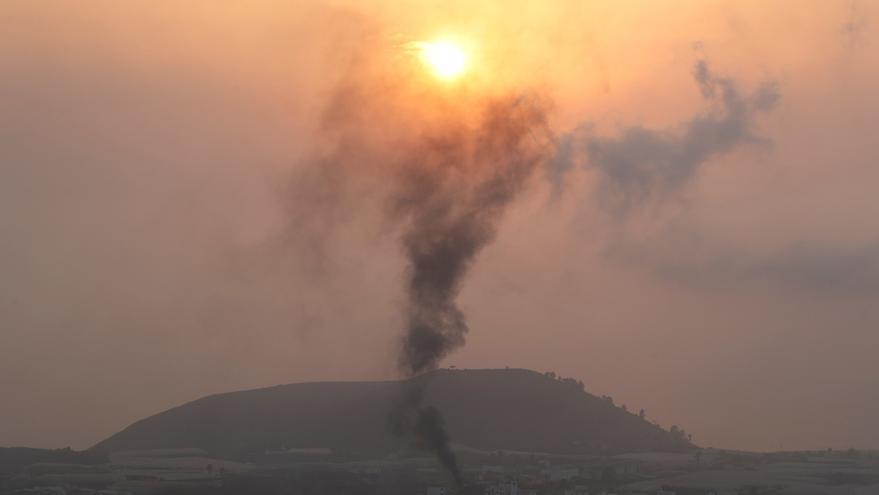 The laundry of the La Palma volcano that was formed this Thursday by the union of two others near the neighborhood of La Laguna, in Los Llanos de Aridane, is “very stopped” and it has practically not advanced but has “a lot of pressure” with the incorporation of new magmatic material that comes from behind.

This was stated at a press conference by the technical director of Pevolca, Miguel Angel Morcuende, who has indicated that the laundry is stopped at the height of the school – the part that remains without demolishing – and “waiting” to see if it restarts its movement towards the mountain of La Laguna or towards the northwest on the way to the coast from Tazacorte.

What’s more, the other wash that worries the technicians, number 7, is also stopped about 120 meters from the coast, he pointed out, underlining that the people who were evacuated in the neighborhoods of Las Martelas, Marina Alta, Marina Baja, La Condesa and Cuesta Zapata will not be able to return to their homes as long as lava continues to come out because “it is a sword of damocles.” “We will have to evaluate it and see what can happen in the near future,” he indicated.

Morcuende has also commented that There are 415 people housed in the hotels of Fuencaliente (359) and Los Llanos de Aridane (56) plus six other dependents in social health centers, and a security device of about 700 people is maintained.

Citing data from the cadastre, he pointed out that there are 1,280 buildings affected, of which 1,030 are dedicated to residential use, 132 agricultural, 34 industrial, 30 leisure and hospitality, 11 for public centers and 14 for other uses.

He said that for this Saturday rains are expected to the north and northeast of the island but not in the Aridane valley, something that “would complicate the situation”, since there would be a risk of runoff.

Regarding air quality, he commented that the levels of SO2 (sulfur dioxide) are below the thresholds dangerous for health and have only been exceeded in PM10 particles due to the movement of ashes at the Santa Cruz de La stations. Palma and Los Llanos de Aridane.

Carmen Lopez, responsible for the volcanic surveillance network of the National Geographic Institute (IGN), has commented that the volcano continues with a strombolian mechanism and with the same emission centers although with intermittent and less effusive pyroclasts.

He has confirmed that the flows are slower and more viscous and the plume of gases and ash reaches 2,800 meters in height, with an ash cloud that goes to the south, which allows air navigation on the island.

Fine ash to El Hierro, La Gomera and the west of Tenerife

In addition, he has said that it is not ruled out that it arrives fine ash to El Hierro, La Gomera and the west of Tenerife.

Questioned by seismicity, she has commented that the deep slowly begins to descend and it remains stable at intermediate levels, with high volcanic tremor and the possibility of earthquakes of intensity 6.

Likewise, and in comparison with the eruptive process of El Hierro in 2011, he has commented that the pattern of operation “is similar” but they cannot be compared because it was longer there in time.

López has also explained that this Thursday a sulfur dioxide rate of 28,700 tons per day was measuredThis amount is higher than in previous days, also overestimated, but probably “closer to reality”.