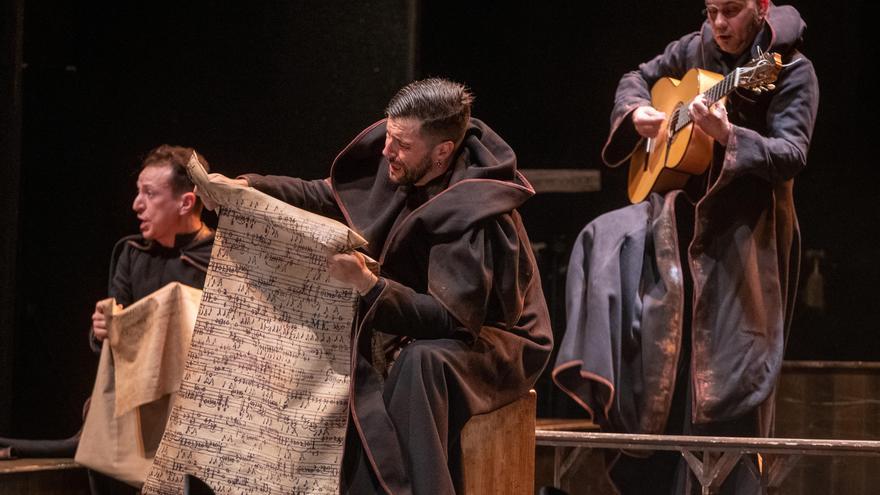 Huelva, Jul 10 (EFE) .- The unmistakable humor of Ron Lalá giving voice and music to hors d’oeuvres by the greatest authors of the Golden Age has meant, tonight, the return of the magic of the Castle of Niebla Theater and Dance Festival , which reaches its 36th edition after the 2020 stoppage due to covid-19.

‘Andanzas y Entremeses de Juan Rana’, a co-production by the National Classical Theater Company and Ron Lalá, has been the play that has inaugurated one of the star programming of the Huelva Provincial Council in summer that attracts thousands of spectators every year.

The work comes to vindicate one of the great geniuses of the golden century, perhaps the great actor of the seventeenth century, for whom such important authors as Calderón de la Barca and Lope de Vega wrote hors d’oeuvres.

In the play, the spectators have been exceptional witnesses of a meeting of the Inquisition for a secret trial that can change the course of history; the accused: Juan Rana, the most famous comedian of the Golden Age, and the crime: making audiences laugh for several generations with his irreverent and burlesque humor where the whole of society is portrayed.

The tests: a selection of hors d’oeuvres by the greatest authors of the time (Calderón, Moreto and Quiñones de Benavente, among others) that featured the brilliant actor and The Accusations: Blasphemy, Contempt, Irreverence, Provocation, Critical Spirit, Heresy and possible condemnation: the stake.

Starting from these elements, Juan Rana has presented to the public a compendium of short pieces with live music in which he reflects on the limits of humor and a tribute to an essential figure in Spanish classical theater.

And fragments of the hors d’oeuvres Doctor Juan Rana, The innkeeper, The living dead and At the end of the thousand dances by Luis Quiñones de Benavente; The galleys, The night of San Juan and The wedding of Juan Rana de Jerónimo de Cáncer; Juan Rana, poet of Antonio de Solís; Los locos, anonymous, and Mojiganga de las visiones de la muerte, by Calderón de la Barca Benavente; Hell, anonymous, and others.