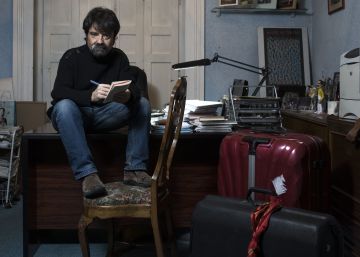 The editorial Foam Pages has been recognized with the National Award for Best Cultural Publishing Work 2019 “For his 20 years of constant and independent dedication to the best literature, his special attention to the field of the story, and for cultivating the link between the two shores of the Atlantic,” according to the jury that has awarded the award granted by the Ministry of Culture and sport. He has also valued "the promotion of reading in the school environment and his efforts to make the complete work of universal storytellers available to readers and readers."

The prize is honorary: its objective is to highlight the editorial work for its contribution to Spanish cultural life "and, therefore, it lacks economic endowment." The publishing house has distinguished itself by its catalog of short stories, which include classics of universal literature and emerging authors. But it has been his effort to be a speaker of Latin American literature that has definitely marked DNA from Foam Pages.

Juan Casamayor and Encarnación Molina have been responsible for dissolving these two mythical and border banks. “The label 'Latin America' is in continuous redefinition, because it is a continent that always reflects on itself. It is constantly boiling and that is very attractive to us, ”says Casamayor by telephone, who recognizes himself“ terribly happy ”with the news. “There are no two shores and that one learns traveling a lot to Latin America and learning from the authors that I have nearby, like Clara Forced Y Andrés Neuman or Eloy Blight, which represent the diversity that makes labels disappear. That rigidity is only geographical, ”says the editor.

The catalog of these two decades has almost 370 titles. “We like to publish around 15 titles a year. There were years in which we got to launch up to 25, but we billed more with 15. It's a matter of pampering, ”he says. Nor does he want to forget to mention the social and political positioning that “an editor must maintain”, because his commitment, he says, is with the debate of ideas with which they must feed their “community of readers.” “But above all we are committed to our bookstores, that without your support we could not be talking about this award today, it is a fundamental commitment that will always remain standing and firm ”, adds Casamayor.