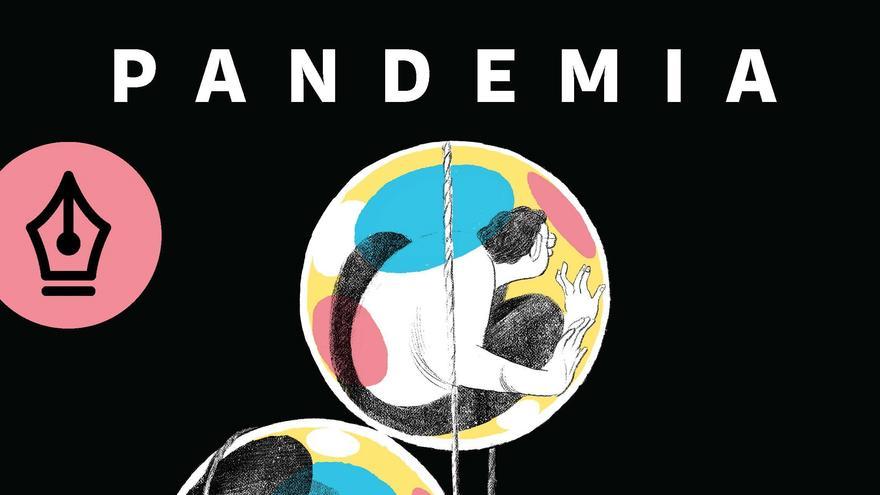 Madrid, May 10 (EFE) .- The Flow Press publishing house brings to Spain what is the first comic 100% dedicated to the consequences of the health crisis that is devastating the world, “Pandemia”, a work created by the American publisher The Nib which compiles the stories of more than thirty artists from the world of independent comics in the United States.

“We had to run a lot,” says Diego Rosembuj, editor with Oriol Magrinyà of this firm, who has managed to translate into Spanish in record time the stories that authors such as Victoria Ying, Elisabeth Haidle or Yazan al-Saadi and Omar Khouri have taken to the language of the comic to explain, from different points of view, the coronavirus pandemic.

Although Flow Press was born in 2017 as a publisher of visual books that “explain the world,” says Rosembuj, it has been the rise of comics and illustrated books that has led them to be interested in this art as well.

So when they saw the work that The Nib was doing, they did not hesitate to knock on the door of its director, Matt Bors, and request to bring this work to Spain, which is, he qualifies, “possibly” the first comic dedicated entirely to the consequences of the health crisis.

Because “Pandemia”, published last November in the United States, is a compilation of some thirty stories, of different formats and lengths, by name that will sound for the first time in our country, despite the fact that on the other side of the Atlantic they already sound strong, to the point, indicates Rosembuj, that “within five years” they will be the protagonists of many superheroes of Marvel or DC.

Therefore, he clarifies, with this publication you not only have the opportunity to have fun, learn and suffer with these stories, but also meet some artists who make some of the best titles of American independent comics.

Specifically, in “Pandemic” the cartoonist Max Loh addresses one of the most repeated stories in all countries, how couples have been estranged for months by confinement. And he does it in “El amor en el tiempo del Corona”.

For their part, Yazan al-Saadi and Omar Khouri, in “An unstoppable force. The pandemic explodes in Lebanon”, remind us how, while in 2020 everyone was fighting the virus, in that country they faced one of the largest non-nuclear explosions in human history.

To this list of authors are also added, to complete this world chronicle of the pandemic, names such as Steve Teare, Eleri Harris or Amber Cortes.

“Right now there are very few books that for 14 euros have a complete overview of the most recognized authors of the American ‘underground’. It is more difficult for them to arrive in Spain, so here you can meet them and if you like them you can follow them”, highlights the editor of Flow Press.

As Rosembuj admits, doing something 100% Spanish would have been “very difficult” for them, that is why they have teamed up with The Nib, because they already have “very well trained muscles and they know how to do it.”

But, he warns, in the future it is possible that Flow Press will consider “offering a channel for Spanish and Latin American authors” so that their stories are known.