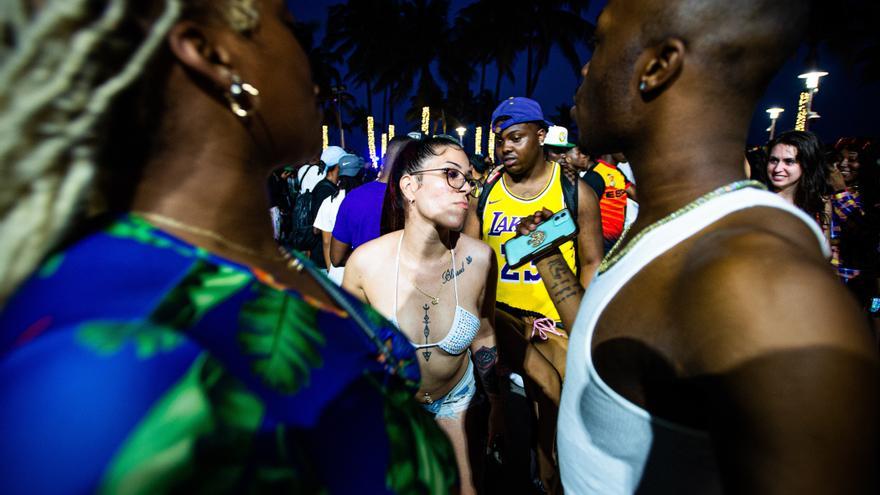 Miami, Mar 20 (EFE) .- The state of Florida became this Saturday the third in the United States to exceed two million cases of covid-19 amid criticism of the governor, Ron DeSantis, who refuses decree the mandatory nature of masks, and the excesses of undisciplined masses of students in Miami Beach.

Florida along with California and Texas are now the states with the highest cases of covid-19 since the pandemic began more than a year ago in the United States, where more than 540,000 people have died from that disease.

This county continues to be the hardest hit by the pandemic with 433,452 cases and 5,724 deaths, according to figures from the Florida Department of Health released today.

In recent weeks, local mayors, especially Miami Beach’s Dan Gelber, have said their hands are tied by the governor’s ban on punishing and fining violators of distancing protocols and masks.

Miami Beach analyzes this Saturday urgent measures of curfews and road closures to stop the massive arrival of university students and criminals who have left more than 900 arrests during the spring student recess and who ignore, for the most part, the protocols health in the midst of the pandemic.

The Mar-a-Lago club, in the latter county, owned by former President Donald Trump and where he has resided since last January after completing his four-year term, announced this Friday that it was closing some of its facilities due to an outbreak of covid-19 among your employees.

Meanwhile, vaccination is progressing in Florida with more than 2.6 million fully vaccinated, either with compounds of one or two doses, and there are another 2.1 million with the first dose.

The United States reached 29,725,919 confirmed cases of the SARS-CoV-2 coronavirus and 540,970 deaths from the covid-19 disease this Friday, according to the independent count from Johns Hopkins University.