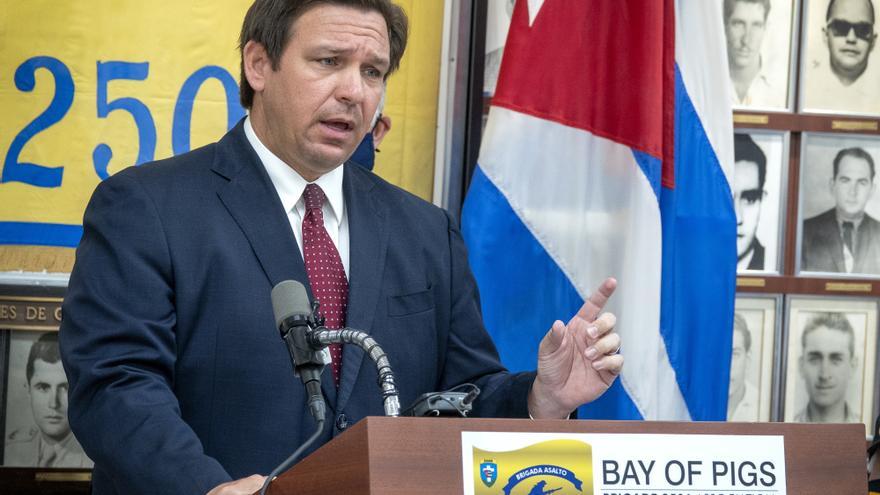 Miami, May 19 (EFE) .- The Florida House of Representatives (USA) ratified this Wednesday, as did the Senate on Tuesday, the controversial new pact signed by Governor Ron DeSantis and the expanding Seminole tribe gambling and opens the door to the legalization of virtual sports betting.

With 97 votes in favor and 17 against, Florida representatives approved as expected the draft of the new 30-year agreement with the Seminoles on gambling in the state.

It is a pact that gives the Seminole tribe control of sports betting and that, in return, would report to the state coffers a minimum of 2,500 million dollars in the next five years, for a total of about 20,000 million dollars. .

The deal now needs the go-ahead from the US Department of the Interior, the body charged with overseeing gambling operations that are run by the tribes.

“Today, all the people of Florida are winners thanks to the legislative approval” of the pact between the state and the Seminola tribe, the president of that town of Florida, Marcellus Osceola Jr., said in a statement after the favorable vote of the House. .

But this complex millionaire agreement sealed on April 23, which Osceola describes as a “historic and mutually beneficial partnership”, faces opposition from several community leaders and No Casinos.org, a non-profit organization against the expansion of casinos.

The dissenting voices emphasize that this pact violates Amendment 3, approved in a referendum in 2018, which grants only voters “the exclusive right to decide whether to authorize casino gambling in Florida.”

In addition, the agreement enables online sports betting for the tribe and opens the door to “the largest” expansion of gambling in Florida history “by turning every mobile phone into a slot machine (slot machine),” according to No Casinos. org.

The new pact authorizes craps and roulette at all seven Seminole-owned casinos, including the popular Hard Rock near the cities of Fort Lauderdale and Tampa.

“It is a total disappointment,” a representative of No Casinos.org told Efe on Tuesday, who stressed that ordinances such as that of the city of Doral, which reject the expansion of casinos in their area, remain on paper by having primacy “state law” passed today.

“In exchange for granting the virtual slot machine business to the Seminoles so they don’t protest, other private casinos could open no less than 15 miles from the Seminoles,” putting cities like Miami on the map , Doral and Miami Beach, said the representative of this group.

No Casinos notes that the pact is the largest expansion of gambling in Florida history, bringing the state to the level of Las Vegas, Nevada and Macao (China) and that it “clearly violates the will of Florida voters.”

The organization told Efe that it is very likely that this new pact will end in court with a lawsuit for alleged unconstitutionality.

In December 2006, the tribe acquired Hard Rock International, owner of the famous Hard Rock Cafe restaurant chain, with franchises around the world.

And in 2020 they expanded their bet with the purchase of all the rights to the Hard Rock brand in Las Vegas from the investment firm Juniper Capital.