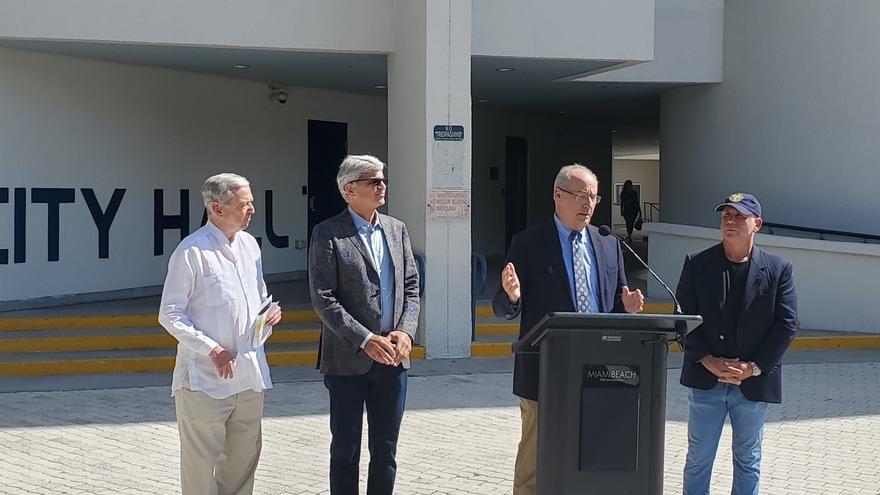 Miami, May 17 (EFE) .- Community leaders, politicians and businessmen from South Florida (USA) urged state legislators on Monday to stop the agreement signed with the Seminole tribe that expands gambling and opens the door to the legalization of virtual sports betting.

The pressure forced the Legislature to convene from today a special session until Friday to debate the complex millionaire agreement between the governor of Florida, Ron DeSantis, and the Seminole tribe.

It is a 30-year pact that gives the tribe control of sports betting and that, in return, would report to the state coffers a minimum of 2.5 billion dollars in the next five years.

But the agreement clashes with several South Florida officials, community leaders and businessmen.

“In exchange for granting the virtual slot machine business to the Seminoles so they don’t protest, other private casinos could open no less than 15 miles from the Seminoles,” putting cities like Miami on the map , Doral and Miami Beach, a representative of No Casinos.org told Efe today.

If this pact is ratified in the Legislature, “it would undoubtedly be the largest expansion of gambling in the history of Florida and would open the doors to turn every mobile phone into a slot machine,” the organization warned today.

No Casinos.org had already argued that the agreement violated Amendment 3, passed in a referendum in 2018, which gives only voters “the exclusive right to decide whether to authorize casino gambling in Florida.”

“Since when have the voters’ votes not counted?” Sawitz told reporters.

After knowing the signing of this agreement on April 23, several non-profit groups and community leaders objected, considering that it gives the green light to the expansion of casinos and gambling in South Florida.

No Casinos.org dismissed the pact as a “shameless and illegal effort” to evade the opinion of voters, by allowing online sports betting “absurdly stating” that these would be done on tribal lands, that is, where the computer servers.

He warned that the pact would turn all cell phones into a “slot machine and create a gambling addiction time bomb in Florida.”

According to this organization, “the vast expansion of gambling on mobile devices represents a serious risk for young people in Florida.”

He referred to a UK study that found that more than half of 11-16 year olds had gaming apps on their phones and that 15% of those used them multiple times a month.

In addition, the pact requires that within three years the state negotiate with the Seminoles the authorization to operate online casino games such as poker, roulette, slots and blackjack, among others, the organization added.

John Sowinski, president of No Casinos.org, recently warned that the potential ratification by the Legislature would mean in addition to a violation of the Constitution, a “damage” to this state.

He denounced that the agreement allows “the transfer of casino licenses”, which opens the door to new casinos, instead of closing it.

LET THE VOTERS HAVE THE LAST WORD

The organization insisted that Florida voters “overwhelmingly” approved the Amendment in 2018, but now lobbyists “are trying to convince legislators to break the law and approve the expansion.”

No Casinos.org noted that the pact “clearly violates the will of Florida voters, as (if ratified) it would be the largest expansion of gambling in Florida history, bringing the state to the level of Las Vegas, Nevada and Macao. China”.

It is Florida voters who should “have the last word on expanding gambling” in the nation’s third most populous state, not politicians or lobbyists, he stressed.