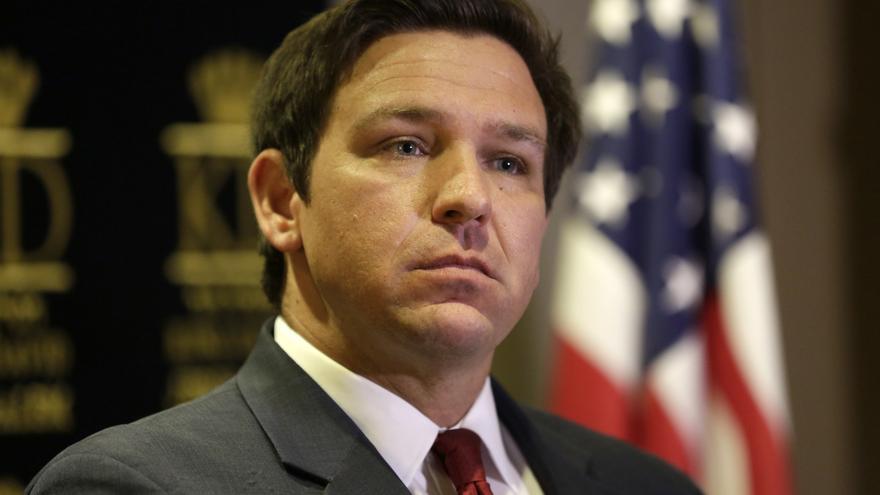 Miami, Aug 6 (EFE) .- Florida Governor Ron DeSantis celebrated this Friday the approval of the federal government of the controversial new pact signed by the state with the Seminole tribe that expands gambling and opens the door to legalization of virtual sports betting.

The federal government’s go-ahead authorizes the Seminole tribe, which owns a famous casino and hotel near Miami, to handle sports betting, which will add a minimum of $ 2.5 billion to state coffers over the next five years.

“The final approval of this historic gaming pact is big business for the state of Florida,” State Governor Ron DeSantis said in a statement, a pact that has encountered dissenting voices and opposition from organizations opposed to the expansion of the game. in Florida.

The pact with the Florida tribe has passed the 45-day approval period from the United States Department of the Interior, the governor’s office announced today.

Last April, Florida reached a 30-year agreement with the Seminole tribe about the casinos operated by them, which also authorizes the tribe that owns Hard Rock International to handle sports betting.

According to Republican DeSantis, “This win-win agreement will grow our economy, expand tourism and recreation, and provide billions in new revenue to benefit Floridians.”

For his part, Marcellus Osceola Jr., president of the tribe, celebrated “a great day for the people of Florida.”

In the same statement, Osceola Jr. advanced that “new casino games” will be launched next fall, which means “more jobs for Floridians and more money invested in this state.”

The pact reached in April 2021 was approved by the Florida Legislature in a special session on May 19.

However, some South Florida leaders, including Miami Beach Mayor Dan Gelber, have expressed concern about further expansion of the game.

Detractors of the pact argue that a certain “mobile” sports betting component of the pact is unconstitutional.

“This fight is starting. We are committed to ensuring that the will of residents is respected, 72% of whom voted that Florida voters have the exclusive right to authorize casino gambling in our state,” he highlighted last May. John Sowinski, president of No Casinos.org, after knowing the ratification of the pact by the Florida House of Representatives.

The dissenting voices emphasize that, in this context, this pact violates Amendment 3, approved in a referendum in 2018, which gives only voters “the exclusive right to decide whether to authorize casino gambling in Florida.”

In addition, the agreement enables online sports betting for the tribe and opens the door to “the largest” expansion of gambling in Florida history “by turning every mobile phone into a slot machine (slot machine),” according to No Casinos. org.

The new pact authorizes craps and roulette at all seven Seminole-owned casinos, including the popular Hard Rock near the cities of Fort Lauderdale and Tampa.

Unless further action is taken in court, the tribe can start sports betting on October 15 and benefit from a portion of the proceeds from horse racing tracks, jai-alai frontons and former dog racing venues. , detailed the Local 10 television.

According to the Florida government release, the tribe is currently not making any income payments to the state.

The text affirms that it is the “largest gaming pact in history” and that, in addition to the 2,500 million dollars that it will contribute to the state coffers in the next five years, until 2030 it will generate an estimated 6,000 million dollars.

The Seminoles are federally recognized as a Native Tribe, have six reservations in Florida, and operate six casinos on their land.

In December 2006, the tribe acquired Hard Rock International, owner of the famous Hard Rock Cafe restaurant chain, with franchises around the world.

His casino and hotel near Miami, the Seminole Hard Rock, is known for its guitar-shaped building that draws the eye of outsiders and locals alike.