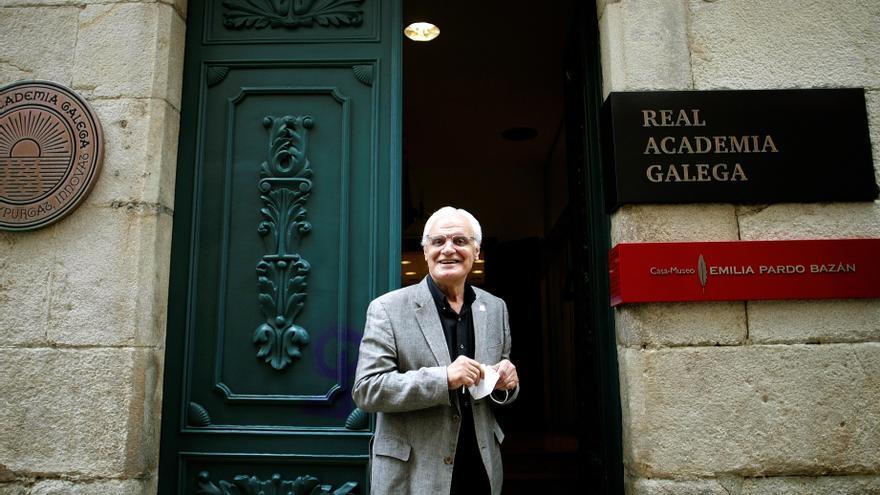 A Coruña, Jul 2 (EFE) .- The poet Florencio Delgado Gurriarán, literary editor and fundamental political and cultural activist of the Galician exile in Mexico, will be the author honored in Galician Letters 2022, as agreed by the Royal Galician Academy (RAG) in the plenary session held this Friday.

The plenary session has chosen the author of Vilamartín by 14 votes in favor, compared to the other two proposals: that of the poet and playwright Fiz Vergara Vilariño (four votes) and the joint candidacy of the founder of Editorial Nós Ánxel Casal and the Granada-born poet Federico García Lorca (four votes).

The winning candidacy has been presented by the academics Xesús Alonso Montero, Ramón Villares and María Rosario Álvarez Blanco.

In a press conference, the president of the RAG, Víctor Fernández Freixanes, has valued that this is “the poet of the lands of Valdeorras, who writes from the lexical and linguistic enxebrismo of eastern Galician”, and has advanced that the activities will delve into “that historical memory of the Mexican exile”.

For his part, Xesús Alonso Montero has defined the next honoree as “the poet of the Valdeorras region” and explained that “a large part of his work” is linked to that area.

He has also praised that it was “one of the great satirical feathers” of Galician poetry and has detailed that he used the pseudonym of Corgomófilo in honor of the place of Córgomo, from which he originates.

Florencio Delgado Gurriarán (Vilamartín de Valdeorras, Ourense, 1903 – Fair Oaks, United States, 1987) graduated in Law from the University of Valladolid to later practice as a lawyer at O ​​Barco de Valdeorras, and joined the Galician Party in 1933 .

He was one of the founders of Vieiros magazine and a non-numerary member of the Real Academia Galega.

During the Civil War he went to Porto (Portugal), from where he moved to Bordeaux (France) and arrived in Republican Barcelona in January 1938.

As a poet, for more than five decades he published compositions in magazines, newspapers and books. His first collection of poems “Bebedeira” (Editorial Nós, 1934) is a work close to the hylozoism of Amado Carballo.

Already in exile, he was involved in cultural revitalization at a time when the culture of the land was silent in its own language, while Mexico and Buenos Aires became the great centers of Galician cultural and political activity.

Notable pages of that time are the poetic collective “Cancioneiro da loita galega” (1943), the first publication of the Galician Party in Mexico and of which Delgado Gurriarán was the intellectual head and main collaborator.

The RAG also highlights its role as a promoter of initiatives such as the Padroado da Cultura Galega in Mexico (created in 1953), the radio audition “Hora de Galicia”, which was on the air every Sunday for almost two decades and several publications of character political and cultural.

Through his figure, the institution also intends to pay homage to the Galicia of the republican exile in Mexico for the first time.

Vieiros (1959-1968) is another great milestone of the Galician exile in Mexico that Delgado Gurriarán and his colleagues made possible, years after the experience of “Saudade. Verba galega das Américas (1942-1953), of which the protagonist was also part.

During Vieiros’ training period, the honoree maintained a relationship with intellectuals from internal exile such as the academic Francisco Fernández del Riego or Valentín Paz-Andrade and was in contact with the young people of the Brais Pinto Group.

Tags: 2022, Florence, gallegas, gurriaran, honored, it will be, letters, Slim