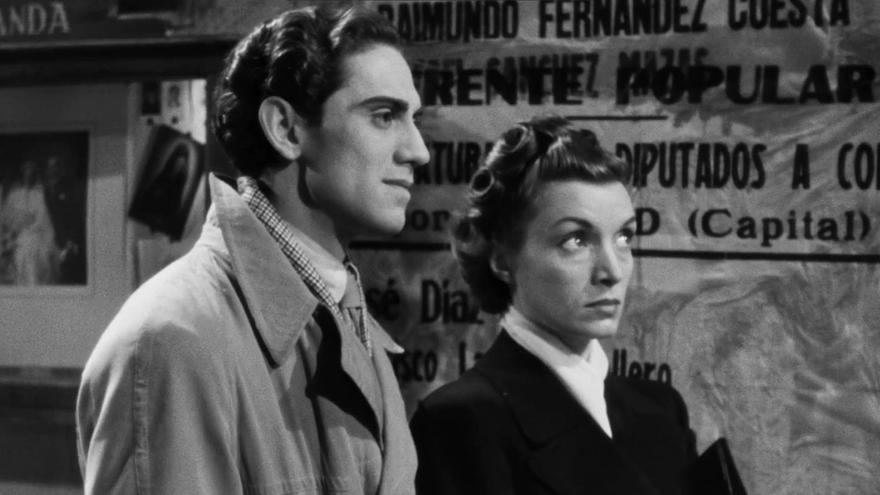 Madrid, May 19 (EFE) .- The film "Rojo y negro", directed by the Falangist Carlos Arévalo in 1942 and considered a "cursed" film as it was banned by Franco and all its copies kidnapped, will see the light in a restored version in HD next Friday 21st on the Spanish platform FlixOlé.

Considered one of the best films of the 1940s, this film disappeared after a very brief passage through theaters, from where it was immediately withdrawn, and it was not until the 1990s that the tape was rediscovered.

The film tells the days before and the first battles of the Civil War through a wedding couple: she is a Falangist and he is a communist militant.

The protagonists are Ismael Merlo and Conchita Montenegro, from San Sebastian, in one of the few Spanish productions in which the great actress, married to Leslie Howard, participated, who came to share the camera with Buster Keaton in Hollywood.

The film spared no criticism of the Republican side, nor of the Czechs or the cruelty of their jailers; However, in the end it showed the repentance of the communist militant, in something similar to a bet for the reconciliation of both sides, a message that the Franco regime could not allow.

For all these reasons, just a few weeks after its successful premiere, the film was banned and its copies kidnapped.

There was no trace of it, making it one of the most sought-after titles by fans.

Its director, Carlos Arévalo, was ostracized and saw how his projects were increasingly hampered by censorship and the administration, forcing him to leave the cinema for 12 years.

The film became a secret until the 1990s, when it was recovered by the Spanish Film Library. It then garnered critical and academic praise, and the feature film became an indisputable classic, despite its questionable ideological burden.

However, outside of screenings in film libraries and cultural centers, the film has been seen a few times, and to this day it remains a little-known gem.