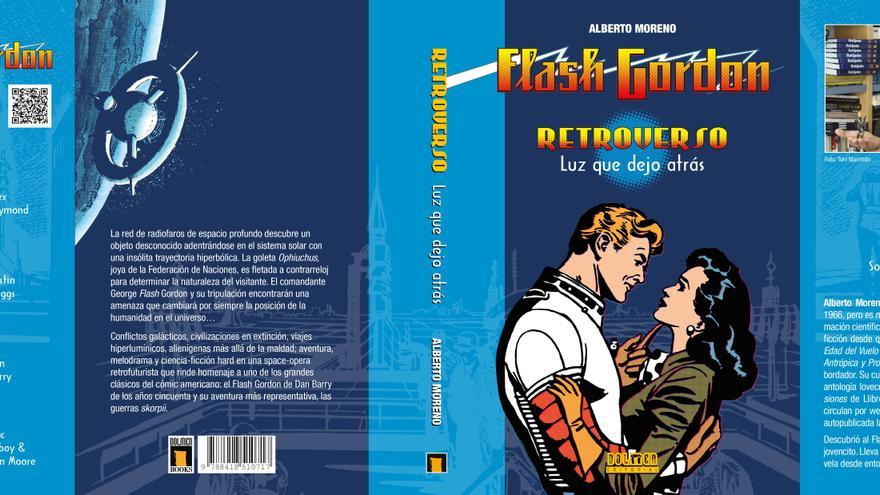 Madrid, Jun 28 (EFE) .- The writer Alberto Moreno has recovered Flash Gordon in the novel “Retroverso. Light that I leave behind”, where he recovers with “scientific rigor” and expands the universe of a story published in 1958 where this superhero save the world again with his crew.

Moreno has put aside the cartoon, the original format in which this strip was born in 1934, because he is a writer and draws “fatal”, he tells Efe in an interview on the occasion of the publication of this book edited by the Dolmen publishing house.

“The medium of comics, and more so at that time, is very fanciful and there are things that are very ‘kitsch’, and I really like science fiction but with scientific rigor. I have a scientific technical training, and it was about adapting this punk theme with scientific rigor and give it coherence “, he explains about this novel that comes to win back the lovers of Flash Gordon.

So, without abandoning “the virtues of the original story”, Moreno (Madrid, 1966) has adapted a story published between 1958-1959 and has given it “coherence without letting the fun go by”, which is, he acknowledges, the “fascinating” of this strip created by Alex Raymond.

Specifically, it is an adventure with the usual disparity of scenarios where some “really bad” move, a plot in which the schooner Ophiuchus has to be chartered quickly to find out the nature of a mysterious visitor.

And it is there that Commander George Flash Gordon and his crew discover that it is a threat that will forever change humanity’s position in the universe.

“The story that I adapt is from a very specific stage, when I read it as a child it seemed to me that it was very round and I always dreamed of seeing it turned into a film, but since no one has encouraged it, I have made it a book,” he explains.

But Moreno also wanted to pay tribute with “Retroverso. Luz que lejo por” to this character who captivated him as a child, although as a “grown-up” he wanted to “build a bigger stage” so that it could interest “both connoisseurs of the classic comic as to the readers of classic science fiction “.

About to turn 100 years of life, Flash Gordon thus returns to the present at the hands of Moreno, who has assured that he has already “planned” a new installment in which he will pay tribute to the first years of this superhero, those installments in which the planet Mongo and the Emperor Min appeared.