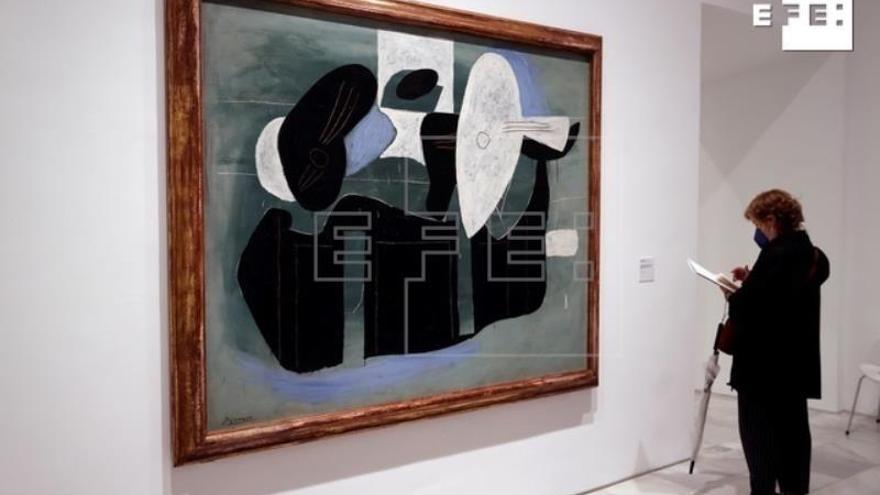 Madrid Sep 14 (EFE) .- The new permanent collection of the Reina Sofía Museum examines the origin of the artistic avant-gardes with a new story focused on the city, the magazines and exhibitions of the new currents and a room dedicated to flamenco that will be located next to the “Guernica”.

The director of the art center, Manuel Borja-Villel, today raised the curtain on a dozen new rooms in the permanent collection that traces the birth of the avant-garde, from the late 20th century to the 1930s.

The art center is immersed in a transformation process that will radically change its collection. The new tour will be completed by the end of November.

TERRITORIES OF THE CUTTING EDGE

The new section dedicated to the avant-garde, of which the first part has been unveiled today, traces the origins of modernity, with more than 400 works by Picasso, Buñuel, Dalí, Gris, Paul Klee, María Blanchard, Maruja Mallo, Picabia or Julio Romero de Torres.

The new proposal, with a lot of photo and film presence, opts for a fundamental change of narrative: instead of narrating a succession of movements and their most important artists, it focuses on the territories where they take place: the city, magazines and the exhibitions.

Barcelona has a fundamental weight in its proposal. Barcelona was the scene of some top-level artistic milestones.

“The Spanish exceptionality that is being talked about is not real,” explains Charo Peiró, head of collections at the museum.

The first happening in the history of art was held in Barcelona (1916): a boxing match between the Dada artist Arthur Cravan and the champion Jack Johnson, of which you can see a poster; also one of the first cubist exhibitions in the world in the famous Dalmau Galleries, which occupies a room.

Magazines, the main vehicles for promoting new artistic trends, are present throughout the entire route.

“They are extremely important as a means of communicating new ideas”, in the words of Borja-Villel. Georges Bataille’s “Documents”, for example, brought together works by Miró, Picasso or André Masson, which accompany numerous copies.

Less well known is the “Gaceta del Arte”, published in Tenerife by the Canarian painter and critic Eduardo Westerdahl, which is exhibited together with a work “Antro de Fósiles” by Maruja Mallo, one of the artists he promoted.

Among the most outstanding works of the tour, you can see, for the first time together, three large-format works by Dalí – “Four Fishermen Women in Cadaqués”, “Abstract Composition” and “Untitled” – which reflect the attraction of the Catalan so deformed.

In front of them, the wink of “Comiendo erizos”, by Buñuel, which shows the family of the artist from Cadaqués. The filmmaker is also present with “An Andalusian Dog” and “The Golden Age”.

The expansion of surrealism in the world of photography can be seen in a group of snapshots by Man Ray, Dora Maar, Brassai and other authors about the body of women that occupy an entire room.

There is also some of the best works in the museum’s collection, such as “Face of the Great Masturbator” by Dalí, “La nadadora” by Picasso or “Graffiti” by Brassai.

The connection between the avant-garde and the popular is found throughout the entire route, especially in sections dedicated to the Pedagogical Missions, La Barraca or the Residencia de Estudiantes, but it is especially notable in the room dedicated to flamenco, located in a place of honor: in the room next to the “Guernica”.

“Cante jondo is the enigma, something that can only be expressed through the voice. Flamenco allows artists to reconnect with people, but not through illustrated art, but through movement of the body ”, Borja-Villel has summarized.

Unmistakable symbols of the flamenco universe appear again and again in the work of fundamental authors in the history of art, such as Miró’s “Spanish Dancer”, Juan Gris’s “La Guitarra”, Robert Delanunay’s “El gitano” or “Woman with a fan. ”By María Blanchard and many others gathered in the room.

But not only in painting: the museum has dusted for this new room a baturro suit and a part of the set – of enormous dimensions – that the painter and sculptor Alberto Sánchez made for “The pilgrimage of the cornudos” (1933) in Lorca.

The connection between avant-garde and flamenco always moved away from the folkloric. One of the most evocative pieces in the room is “Bailes primitive flamencos”, an idea by bailaor Vicente Escudero filmed by Herbert Matter and in which the dancer, who defended the connection between dance, cubism and surrealism, moves to the beat of a engine sound and now dancing a few meters from “Guernica”.