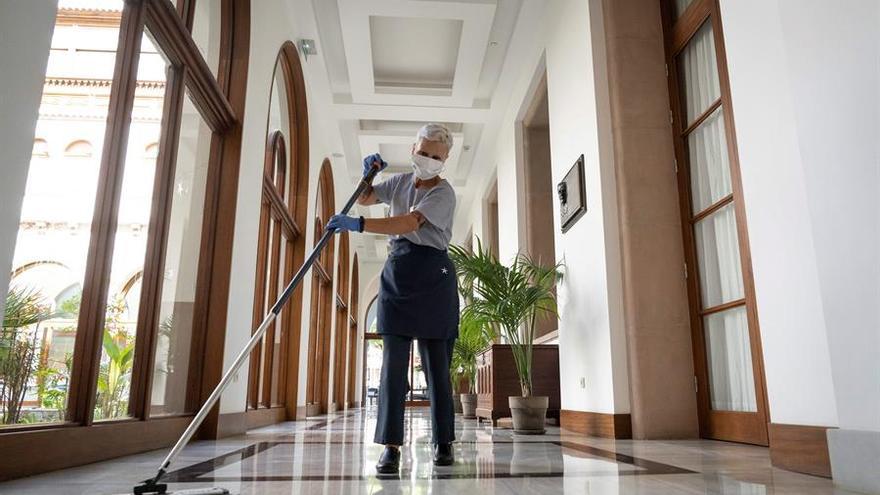 The minimum interprofessional salary in Spain reaches 965 gross euros per month. Behind the agreement reached between the Ministry of Labor and the unions, from which the businessmen declined, the Council of Ministers approved this Tuesday the increase in the legal minimum remuneration in Spain, of 1.6% from the current 950 euros per month, which translates into 15 euros more per month in the case of workers with full time and with a salary that is paid in 14 payments.

Next, in the absence of knowing the fine print of the decree that agrees to the increase, we collect some doubts and questions related to the salary increase to better understand its application.

1) How is the minimum wage after the increase?

The minimum interprofessional salary (SMI) is the legal minimum wage in Spain that a working person can receive. This amount of money cannot be reduced or replaced by salary in kind.

With the 1.6% increase approved by the Government, the SMI is generally set at 32.17 euros gross per day or 965 euros gross per month in 14 payments, depending on whether the salary is set in days or months. The figure is set for established full-time work and, if not, the legal maximum working day (40 hours per week).

There are many workers who, instead of receiving 14 payments – the ordinary ones and two extraordinary ones -, receive their salary in 12 payments, with the extraordinary ones prorated. In this case, the monthly salary would be 1,125 euros gross. As a reference, the annual SMI for a full day should reach 13,510 euros.

Two groups have established a specific SMI. Casual and temporary workers, whose minimum wage reaches 45.70 euros gross per day and domestic workers, in external regime, with an SMI of 7.55 euros gross per hour from now on.

2) Since when has it been applied?

Although the norm will be included tomorrow in the BOE, the Government has agreed that the salary increase will take effect from September 1, so it already has to be reflected in this September payroll. It is not the first time that the SMI has been approved with retroactive effect. For example, it happened last year, when the hike was approved on February 4, but had effects from January 1.

Yes, but always depending on how many hours you work. The first thing to remember is that the minimum amount of 965 euros per month is gross, so the working person will receive less money, since the net salary will be somewhat lower once the social security contributions have been deducted.

Second, the 965 euros per month are referenced to a full day, so if a person works fewer hours, they will earn less. Specifically, the proportional part of the salary for the hours worked.

4) To whom does the increase in the minimum wage reach?

Directly, to all those salaried people who are not governed by collective agreements that mark their wages and who charge the legal minimum set in Spain. Their number is estimated at about 1.5 million people, as the Ministry of Labor usually refers, among which women stand out.

But, in addition, the increase in the minimum wage may also imply direct salary increases for those people who today have a salary marked by agreement or low agreement, when it is below the new SMI after the increase approved on Tuesday. For example, an agreement salary that was set at 955 euros per month must be increased to 965 euros to comply with labor legislation.

In this section it is important to remember the rules for compensation and absorption of salary supplements. Although it is a question that has generated many disputes by unionsWhen it comes to seeing if the company has to raise the salary of an employee after the increase in the SMI, the total remuneration received is usually taken into account. If with the salary supplements, the person receives a salary per oak of 965 euros per month, the company in general would not have to raise his salary.

Unions specify that not any complement is valid in this previous calculation. In CCOO they defend that they cannot compute those supplements that are not determined by a specific cause (for example, transportation or seniority), since these concepts would not really be rewarded by the company. For example: if the base salary is 950 euros and a transport bonus of 20 euros is received, the salary reaches 970 euros per month, but the union considers that the increase of 15 euros per month should be applied so that the bonus does not lose its meaning.

5) Will the quota of the self-employed increase due to the increase in the SMI?

Yes. Although it has not been approved this Tuesday and it is unknown by how much it will increase, there will be some increase in the quota paid by self-employed workers to Social Security, as well as salaried workers. It is pending an order from the Ministry of Social Security, they explain in the Government, which will be agreed in the coming days.

In the coming days, the increase in the contribution bases agreed by Social Security will be known, among wage earners with higher salaries and the self-employed, which means a greater contribution to the public coffers and also higher social benefits for workers.