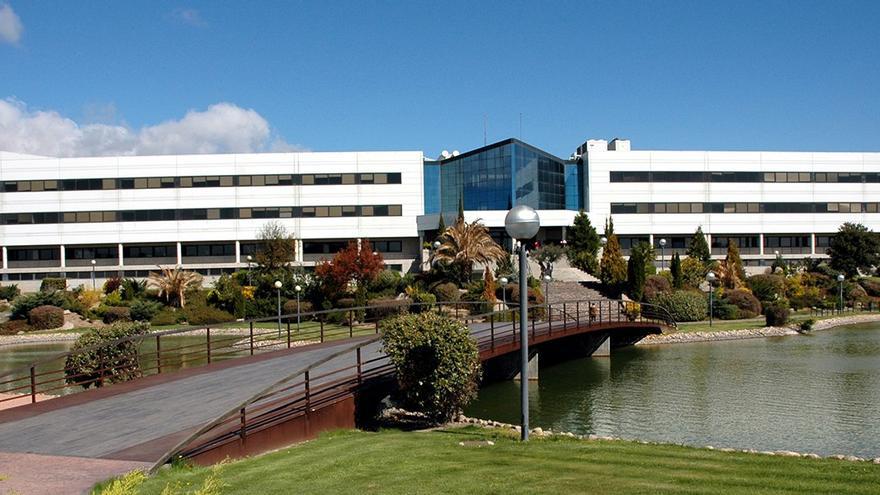 The business of higher education March. With the approval this Thursday of a new private university in Madrid -which already has 13-, four communities -Galicia, Euskadi, Andalusia and Madrid- have validated (or are in the process of doing so) five new private initiative campuses in the last months. The fact that several of them have unfavorable reports –although not binding– from their own autonomous bodies has not paralyzed the different regional governments, which have given the projects their approval.

Neither do these centers reach, for the time being, the minimum the Ministry established so that a university could be considered as such (and not a study center, for example), which include a minimum academic offer and a research project. They have gone ahead because their process began before the decree was approved and because the text itself, published in the BOE last summer, grants campuses five years to adapt to these teaching and research requirements before withdrawing their license.

But this emergence confirms the fears that the previous management team of the Ministry argued when it tightened the conditions to be a university: "Proposals to create centers without a minimum of quality are piling up on our table," they explained then. The Ministry does not want centers with the word University in their name that are limited to offering a few studies (especially postgraduate courses, which give more money) and nothing more.

In the heat of a captive market that demands more and more training, higher education is a business that will not lack customers, and investors know it. The ability to issue titles is highly valued (and valued) in a sector that only sees its figures grow: in 2017 it had a turnover of 2,255 million euros, according to a study by the DBK Observatory. In 2020 it was 2,715 million euros, according to the same source, a rise of 20% in three years. Thus, those interested in having their own university multiply, encouraged also because private centers each time they win more students to the public.

"What is bought is the ability to give titles in Europe," analyzes Rafael Ramiro, professor at Icade Business School. "With the oiled commercial machinery that the funds have, they will develop the digital offer to attract non-face-to-face students from Latin America and Asia. Above all, the Asian market matters: there are thousands of people delighted to come to Europe, and Spain gives an official European degree with very cheap costs if you compare it with the United States or even England," he says.

They know this in the CVC fund, for example, which acquired the Alfonso X el Sabio University in Madrid a few years ago for around one billion euros. The center has won in the last three years declared 24, 33 and 36 million euros, according to the university accounts collected in infocif.es. They also know it in Pemira, another fund, which bought the European University – which is going to open a new campus in Malaga – four years ago for around 770 million.

The Intercontinental University of Business, promoted by Abanca in Galicia, was the first of this new batch of centers to be approved. It was last July, with the PP roller in the Galician chamber. The campus proposal had the Consultative Council of the Xunta against it, as well as the Galician Council of Universities and all the opposition. But he also had the regional government in favor, which is what counts. Little is known about the project itself – apart from the fact that it is promoted by a bank – despite the fact that it theoretically starts operating in September. It will have two campuses, one in A Coruña and the other in Vigo, and will offer degrees in two of the five branches of knowledge, social and legal sciences and engineering and architecture. There will be four degrees, four university master's degrees and two doctoral programs. With this structure, it does not reach the minimum required by the Government: 10 undergraduate degrees, six master's degrees and three doctoral programs, corresponding to three of the five considered areas of knowledge. And that's without going into the research requirements, those that fail the most in private universities.

In the Basque Country, the winner of a campus has been Josean Querejeta, president of the group from which he directs the elite Vitorian sports clubs Baskonia (basketball) and Deportivo Alavés (football). From that point of view, it makes sense that the future Euneiz would focus on studies on sports, health and video games. Like its Galician predecessor, this new center has an "unfavourable" report from the Quality Agency of the Basque University System and another from the public University of the Basque Country (UPV/EHU). From the public center it is recalled that this "is not justified" the demand for a new university and that this one, unlike the other two private ones in the Basque Country (Deusto and Mondragón), will be for-profit. Registration will cost 8,000 euros per year. Unlike Galicia, Euneiz has not been imposed by the desire of a single party: PNV, PSE-EE, PP+Cs and Vox support her.

In Andalusia there are not one or two or three, but seven private university projects that accumulate waiting to be processed. Last Monday, February 7, the Governing Council authorized the Ministry to start two of them, those of the Fernando III el Santo University and the Atlantic-Mediterranean Technological University (Utamed). In the Andalusian case, there is the circumstance that this second campus is promoted by a company founded at the time by the current Minister of EducationJavier Imbroda, who left the company just before taking office. In addition, it is an online university, the profile of the center that most worries the Ministry. Nor did he have to convince the Andalusian Council of Universities, which in December rejected the proposal. As his report is not binding, the approval of the Ministry of Universities weighed more. The center plans to start with 14 degrees: six degrees, seven master's degrees and a doctorate degree.

Andalusia has also been, by the way, the place chosen to expand by two of the most profitable private universities in Spain: The UAX and the European will have a new campus in Malagaon municipal land, to the scandal of the opposition in the City Council.

The approval this Thursday in the Assembly of Madrid closes the circle of new centers (for the moment, there are several waiting their moment). The University of Design, Innovation and Technology (UDIT), until this Thursday a center associated with the Camilo José Cela University, now becomes the thirteenth private university in the region, more than twice as many as public (six). The five reports against Madrid organizations due to lack of infrastructure and scarce academic and research offer seem to have weighed less than the desire of the PP and the good godparents who support the center: senior officials from large companies such as Telefónica, Banco Santander, Deloitte o FAES and names such as former president José María Aznar, or former Madrid presidents Joaquín Leguina and Alberto Ruiz-Gallardón signed a letter of support for the UDIT, according to Infolibre.

Historically, Spain had four private universities (Deusto, Pontificia de Comillas, Pontificia de Salamanca and Navarra), a situation that lasted until the early 1990s, when they began to skyrocket. First slowly. In 1995 there were seven. From there, growth gained speed: there were 22 in 1994, 28 in 2010, 33 in 2014.

Thus, in the last 27 years, the number of private initiative higher education centers has multiplied by almost six. From the seven existing private universities in 1995, it has gone to the current 40. On the other hand, a new public university has not been inaugurated since 1998, when the one in Cartagena was opened. The balance is balanced: 50 public, 40 private. And another six await your approval in some office, according to El País.

Many point to the Organic Law of Universities (LOU) promoted by the second government of Aznar as a facilitator of this emergence. "The exponential increase in private universities is an unequivocal consequence of the legal coverage that is beginning to be given to these with the LOU", write Esther Simancas, professor at the University of Cádiz, and Marcial García López, from the University of Malaga, in the study Story of a kidnapping: from the Church to the Brand. Historical Evolution of the University in Spain.

"The most important modifications can be summed up in that private universities will have legal personality and will acquire the same powers as public universities, will be governed by the same rules of organization and operation and will be subject to the same evaluation mechanisms; the participation of their rectors in the Council of Universities and, on the other hand, changes are introduced in the financing and management of the entire university system that increase private participation and shift costs towards the end user", adds Simancas.