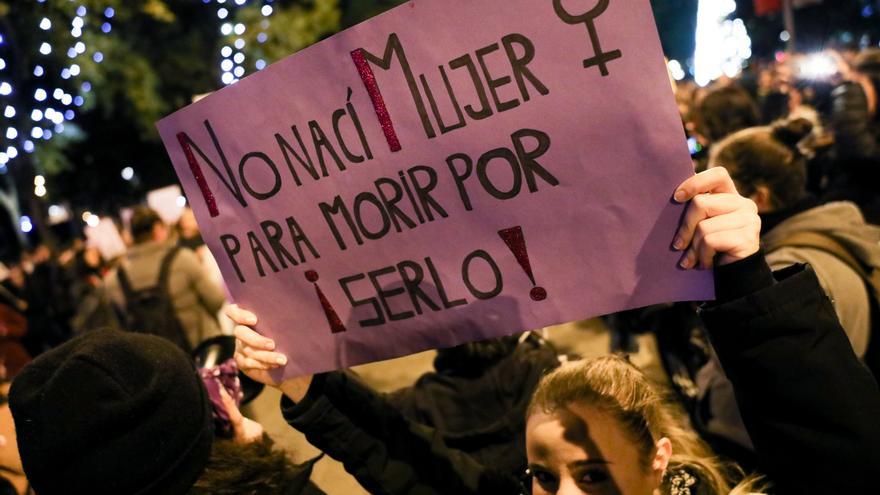 Sexist violence has claimed six lives this week, those of five women and the child of one of them. A black week that, if the last known murder is confirmed this Sunday in Zaragoza, raises the balance of fatalities of machismo to 14 so far this year and 1,092 since 2003, when there began to be records of this type of data.

The week started with two women murdered in Corbera de Llobregat (Barcelona) and Creixell (Tarragona) at the hands of their partners. They were followed by a double crime in Sa Pobla (Mallorca), where a man murdered a 28-year-old pregnant woman and her seven-year-old son. Thursday morning came the fifth murder, this time to a 48-year-old woman in the Asturian town of Pola de Laviana, where a son of the couple reported the crime and the man turned himself in shortly after. The last case, pending official confirmation although already recognized by the Government of Aragon, has happened this morning in Zaragoza, where a 35-year-old woman has been found dead after her partner, who had a restraining order, rushed through a window.

In addition, this Saturday the lifeless body of another woman missing two days ago in Montejos del Camino (León). The 35-year-old woman was separating from her partner, who was under a restraining order after having denounced him for gender-based violence.

This spike in sexist crimes in recent days could be related to “the end of the state of alarm and the perception that the pandemic is ending.” This is how the forensic doctor and former delegate of the Government against Gender Violence Miguel Lorente analyzes it: “What has happened so far is the opposite, in 2020 we had the lowest number of sexist murders because the limitation of mobility, the restrictions and the difficulty to get out of violent relationships, both due to social and economic circumstances, made the aggressors already see their objective: the control of the victim. ” statistics from the General Council of the Judiciary confirm that the pandemic dropped complaints of sexist violence by 10% in 2020, although they do not consider that this decrease could translate into a real drop in violence but, on the contrary, it is evidence of the impact that the health crisis has had on victims when it comes to reporting their aggressors.

When the state of alarm ended last summer, there was also a concentration of eight cases in August, which at the beginning of the second wave was reduced again, remembers Miguel Lorente. “The pace of the pandemic influences and now that we are in a moment of optimism, even economic, it makes many women consider leaving relationships, which is the time of greatest risk of murder, when the aggressor feels that he is losing control. that the risk of cases that end in murder or serious assault will increase “, assesses the former government delegate.

Equality will review the protocols

Given the alarming situation regarding gender violence experienced this week, the Ministry of Equality decided to convene a emergency meeting last Thursday which concluded with an agreement to review the current plans and promote an evaluation plan of the protocols and tools available in Spain to protect the victims. Minister Irene Montero acknowledged that “despite all the tools deployed by our country, we have not arrived in time for these women who have been murdered.”

Already last week, the minister had made progress on the need to review the protocols, according to a press conference on Friday with the Minister of Social Rights, Ione Belarra. Then a few days ago a man with a protection order killed his ex-wife in Sagunto (Valencia) days after she had asked for help from the local women’s service, dependent on the city council, for feeling threatened, according to EFE.