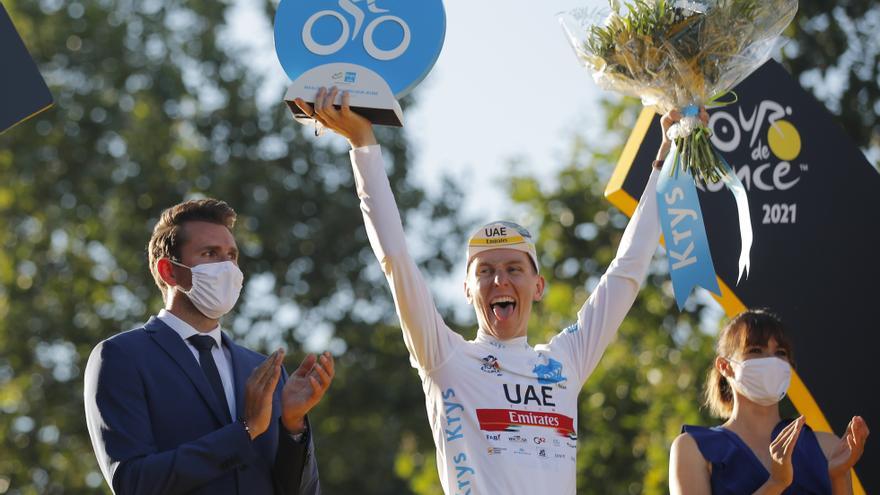 The wind, the cobblestones, the return of the Col de Granon and the Alpe d’Huez and the classic Pyrenean Peyregudes and Hautacam will be on the menu of the next edition of the Tour de France, which will begin on July 1, 2022 in Copenhagen and whose route was announced this Thursday.

The northernmost edition of the race, which in 2023 it will celebrate 120 years with a start in BilbaoNext year, it will cross four mountain ranges, the Vogos, the Alps, the Central Massif and the Pyrenees, and four countries, Denmark, France, Belgium and Switzerland. Six flat, seven rugged and six high mountain stagesWith five finishes up, two individual time trials make up a route of more than 3,200 kilometers that culminates on July 24 with the traditional walk through the Champs-Élysées in Paris.

The peloton will climb fewer ports than in the last edition, which ended with the victory of the Slovenian Tadej Pogacar, but it will have more high finishes, 5 and a similar mileage in the fight against the clock.

The wind and the cobblestones will be the judges of the first week, which ends with the ascent to La Planche des Belles Filles, the first mountain arrival. The second, which will be developed in part in Switzerland, the Alps will be marked, which have two key moments, the return to Col de Granon, promoted only in 1986 and which promises to be one of the sensations of the edition, on the eve of arrival at Alpe d’Huez, after four years of absence.

Alpe D’Huez is back

Never, since the 70s, have the 21 curves of the most popular of the Tour climbs been absent from the route for so many years, so the organizers have decided go back and do it on July 14, the national holiday French.

The Tour will head south, where the third week, after a journey through the Central Massif, they will end in the Pyrenees, with two arrivals aloft, in Peyragudes and in Hautacam. Everything will be pending for the last time trial, 40 rough kilometers ending at the Rocamadour sanctuary.

“It is a Tour that has many traps. There are many places where you can get lost and, of course, we will have to go to win it to the mountain“said test director Christian Prudhomme.

The Tour squad in the previous round. EP

The race will start with 11 kilometers against the clock through the streets of Copenhagen on a Friday, something exceptional to allow a day of transfer until France. The second stage will be marked by the wind, with 18 of the last 20 kilometers over the Baltic, taking advantage of the marine bridges that Denmark has, before a third day that will have to be judged by the ‘sprint’.

After the transfer to France, the wind will be key again in the fourth stage, which runs partly in front of the English Channel, before the cobblestones make an appearance in the fifth. It is about 19 kilometers divided into 11 cobbled sectors, five of them unprecedented, that will give excitement to the stage between Lille and Arenberg.

The organization also wanted to look for rugged finishes, conducive to powerful and brave runners, such as the Dutch Mathieu van der Poel, the Belgian Wout van Aert and the French Julien Alaphilippe, winner of the last two World Cups, which largely marked the last edition.

Alaphilippe, in a race this season. EFE

“We have the Federer, Nadal and Djokovic of cycling, you have to take advantage of it, “said Prudhomme, who pointed out four good stages for his profile, the sixth ending in Lowny, the eighth in Lausanne, the tenth in Megève and the fourteenth in Mende. All of them have a sheer finish, but the race will be won, on the high peaks, such as Granon, with its 11.3 kilometers at a 9.2% gradient and whose top is 2,413 meters, the second highest in history, only surpassed by the Galibier (2,642 meters), which will also be ascended that day. The scene of an epic duel in 1986 between the American Greg Lemond and the Frenchman Bernard Hinault, who wore the yellow jersey for the last time, the stage ended with the triumph of the Spanish Eduardo Chozas.

The Alpe d’Huez, which will be climbed after the Galibier, for the second time, and the Croix de Fer, will be another important point, as will the two high-altitude arrivals in the Pyrenees, Peyregudes, after the Aspin, Ancizan and Louron, and Hautacam, after the Aubisque and the unpublished Spandelles.