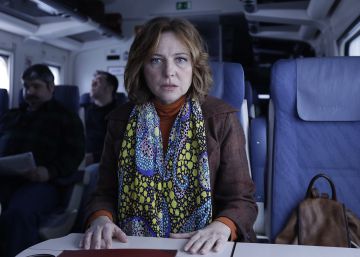 As in each edition of the Goya, there are always forgotten in the candidacies for the awards of the Spanish cinema, artists that academics ignore. But this year there are five tremendously striking absences, a quintet of jobs that should have entered the Goya. That they could even have won the statuette. Are here:

Pilar Castro, best actress for Advantages of traveling by train. Pilar Castro's work is very risky. He has built a character, Helga Pato, who goes from laughter to tears, from love to pain, going through coprophagy, sexual domination ... His partners say that very few actresses would have dared to accept the challenge, and above all almost none other than the young women. And also it comes out airy of such madness. Castro, multi-terrain veteran, deserved to have obtained a candidacy for the Goya as it has achieved in the rest of the previous awards.

The days to come. The film that won in Malaga does not get a candidacy for the Goya? To underline this absence, this week he received at the Gaudí, which awards the Catalan Academy of Cinema, the awards for best film, best leading actress and best editing. Because beyond its director, Carlos Marques-Marcet, also a co-writer, and its leading actor, David Verdaguer, the absence of its leading actress, Maria Rodríguez Soto, in the section is striking goyesco Actress revelation. I could have even won.

Lucía Alemany, novel director of Innocence One of the films that attracted attention at the last San Sebastian festival, Innocence, It was directed by a filmmaker, Lucia Alemany, with a powerful look, who performed a true x-ray of the current rural adolescence. Interestingly, its protagonist, Carmen Arrufat, has entered the section revelation actress. Alemany, on the other hand, has stayed out of the quartet for best new direction, a category that, it is fair to recognize, this year is full of great creators.

The art direction José Luis Ágreda in Buñuel in the labyrinth of the turtles. José Luis Ágreda It is one of the greats of Spanish illustration. And he has done an impressive job, although probably not very noticeable in the subject matter, in the art direction of Buñuel in the labyrinth of the turtles. Based on the Fermín Solís comic, which was published in 2008 in black and white, he has recreated Las Hurdes de Buñuel. Unfortunately, being an animated film, academics have not glimpsed how complex and successful their task is.

The documentary The hidden city Víctor Moreno has performed with The hidden city one of the most exciting documentaries of recent years, at the height of his previous work, Spain building. Now he puts the camera next to the workers who work through subway tunnels and sewers to raise an inhuman film, even close to terror, with exquisite care with sound and image. Of the candidates in their section, only Picture He plays in that risk league, of trying to transcend what is portrayed. Another documentary that could have entered this category in the Goya is The fourth kingdom The kingdom of plastics, by Adam Aliaga and Àlex Lora, who has won the Gaudí in his section.