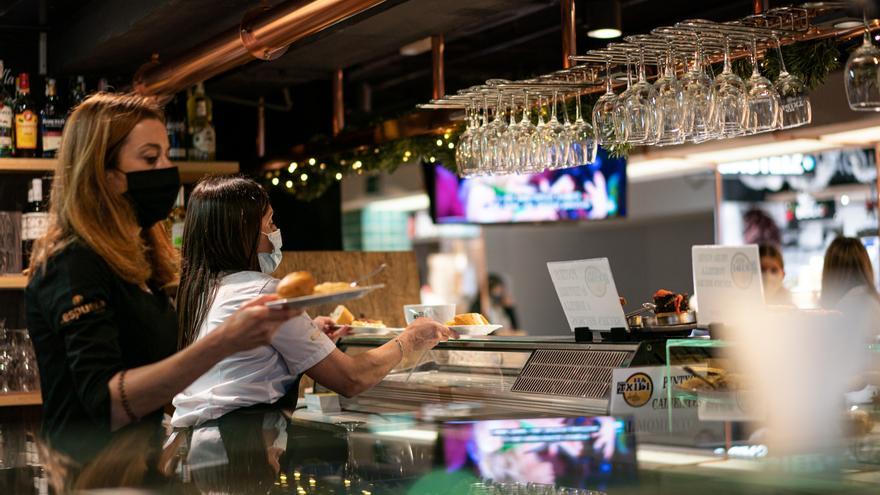 The year of the coronavirus ended 622,600 fewer workers and 527,900 more unemployed. The data published this Thursday, from the EPA for the fourth quarter of 2020, measure different elements of the labor market and allow us to verify that the impact of the pandemic has been heterogeneous. By age, young people are the ones who have had the worst share, with a loss of workers of almost 20% among those under 25 years of age compared to 2019, when the average is located at 3.1%. Employment in services has been the most affected by the emergence of COVID and the most affected Autonomous Communities, the Canary Islands and the Balearic Islands, realize how much damage the virus has done to tourism and to the regions that basically live off this sector.

Here are some of these particularities in the labor market crisis due to COVID, which has ended six consecutive years of job recovery in 2020. In this other information, the EPA data from the end of last year is expanded, with data on the scope of telework, the hoagres with all its members unemployed and without income and the effective hours of work, among others.

1) Jobs are recovered, but there is still much destroyed

The last quarter of the year added 167,400 workers, according to the survey, a larger number than in previous years and which has continued the path of recovery in employment registered in the summer. Although in the third quarter of 2020 the job pull was more important In the fourth, it must be taken into account that the end of the year is traditionally worse for the labor market and that also in the last months of 2020 the second wave of the virus took place.

What do we see in the evolution of the number of employed? That employment is recovering, but there is still much to restore. 2020 still ended with 622,600 fewer workers and it should be remembered that the survey counts people in ERTE as employed. By sex, the final balance of job loss is very similar: with 3.13% less employed among men and a 3.10% drop in the number of female workers.

It should be noted that ERTE – the mechanism of ‘hibernation of employment in which some 700,000 workers still find themselves, according to Social Security – have been key to reducing job destruction in 2020. Despite the huge drop in GDP, which it is predicted that around 10%, the destruction of employment remains at 3%, according to the EPA, something unprecedented. 2021, which is supposed to allow the virus to gain ground thanks to vaccination, is key to seeing the real bill of COVID in employment and what percentage of jobs survive ERTE.

The employment debacle of the second quarter of the year, with a million fewer workers, it was primed with temporary workers. These are the most vulnerable to economic problems, which for Spain is a very important problem because we have a lot of temporary employment. In the last two quarters of employment recovery, still very marked by the uncertainty of the pandemic, we see that temporary employment is the one that is increasing again.

The result: at the end of 2020, the temporary employment rate (percentage of temporary workers over the total) is again almost at the same level as at the end of 2019. It is 24.6%, compared to 25% a year earlier. Here, the public sector deserves special mention, which has increased its temporary staff to face the pandemic. Its temporary rate reaches a maximum of 29.9%.

3) Young people get the worst of it

The face of those most affected by the pandemic are young people. They are the ones with the highest job losses compared to precovid levels in each age group. Among those under 24 years of age, the decrease in the number of employed persons is 19%.

The unemployment rate, which generally ended the year at 16.1%, is also a sign of the greater impact on young people in this emergency. While the total unemployment rate only grew by 2.3 percentage points, in the case of those under 25 years of age it rose to 40.1% at the end of 2020, almost ten points higher than the previous year (30.5 %).

4) Services, the most affected

Employment in the service sector is the one that has registered the greatest job destruction. Among large sectors, the EPA shows that the number of employed in services has fallen by 3.6%, which means that there are 537,100 fewer workers.

Industry followed in the decline, with a 2.5% reduction in employment, which translates into 70,100 fewer people working than a year ago. The sector that best withstands the crisis is construction, with only -0.3% occupancy. Agriculture, for its part, has reduced its number of workers by 1.5% compared to the end of 2019, with 11,800 fewer workers.

The following graph shows a greater breakdown, with the activities ordered according to the loss of employment in 2020.

5) The Canary Islands and the Balearic Islands, the most affected in employment

The impact on employment is not the same by territories either. Data from the EPA show how the Autonomous Communities most dependent on tourism, the Canary Islands and the Balearic Islands, are the ones that had the worst year-end. In the year of COVID, the Canary Islands lost 12% of their workers and the Balearic Islands 8.1%. It is followed, far behind, by Catalonia, with 4%.