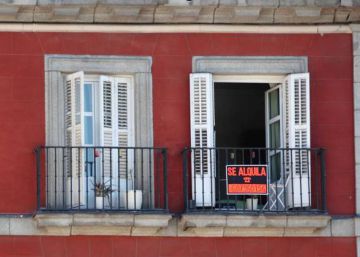 The coronavirus crisis has not only hit the health system and the economy hard. Also, it has had a full impact on the rental contracts of habitual residence, in which stipulations have begun to appear that undermine the rights of tenants. From additional bonds to penalties for leaving the leased property early. The objective of these ‘covid clauses’ is, fundamentally, to ensure the payment of rent at a time marked by uncertainty and to avoid possible lawsuits in the future, although in many cases they do not have sufficient legal coverage.

The Urban Leasing Law (LAU) grants the parties a wide margin of maneuver to adapt to the circumstances of each moment. However, Article 6 makes it clear that there are mandatory provisions that cannot be “modified to the detriment of the lessee or subtenant”, much less unilaterally. Likewise, we must take into account the successive decrees approved by the Government that shield the most vulnerable people (such as the sick, unemployed or workers who have been included in an ERTE) against evictions due to non-payment of rent or supplies. A social shield which will be in effect at least until next May 9, the date set for the end of the second state of alarm.

On the other hand, with the regulations in hand, there are conditions related to the current pandemic situation that, despite appearing in a rental contract and having been expressly accepted, are null and void. In other words, they should not be applied now or in the future.

Currently, tenants can benefit from a moratorium if their economic situation has worsened due to Covid-19 and the landlord is a public company or a large homeowner. On the other hand, even though the landlord is a private individual, it is possible to request a mandatory extension of all the rental conditions, for six months, even if the contract has expired.

Given the drift that the crisis has taken, many people who have already benefited from these social measures, contemplated by Royal Decree 11/2020 of March 31, are finding it necessary to access them again. The problem is that they run up against the frontal opposition of the owners, who not only reject their request but also force them to renounce in writing to future takedowns and postponements if they want to stay in the house. Mercedes Ruiz-Rico, partner of the Auren law firm, considers that these clauses are contrary to the law, since “nothing prevents a tenant from accessing a second moratorium if they meet all the requirements.”

Resolution for delays in the payment of rent

According to the latest update of the File of Delinquent Tenants, since last September, communications due to non-payment of rents have increased by almost 70%. In view of these figures, some owners (especially large holders) have chosen to recover in health by forcing the automatic extinction of the rent for the mere delay of a monthly payment. They justify this forceful measure in article 17 of the LAU, which stipulates that the rent must be paid on time, “within the first seven days of each month.”

Despite this, the expert in real estate law Alejandro Fuentes-Lojo points out that the direct resolution clauses could be considered totally void “because they do not contemplate the situations of force majeure derived from the health crisis” or the decrees approved by the Government on the matter. for rent. In this sense, it recognizes that “we are facing very new stipulations” but ensures that the courts have already begun to rule in favor of tenants who cannot temporarily meet their obligations.

Fuentes-Lojo warns that the increase in unemployment, together with the collapse of economic activity, is having an impact on people who want to rent a flat or a house. Basically, because they have to demonstrate greater solvency by facing several months in advance and guarantees that can be up to an annuity.

The LAU is categorical when determining that, in no case, may the advance of more than one month’s rent be required. In addition, only the possibility of posting a deposit is established for a maximum amount of two monthly payments. “Even so, it is very difficult for the tenant to be able to get rid of satisfying these additional guarantees since, if he does not do so, the owner is likely to refuse to give his consent,” he laments.

Current legislation attributes to the parties the power to agree on the duration of the lease, a freedom that many landlords and tenants are taking advantage of to sign shorter contracts and even to introduce cases of termination of the lease, for example, in the event of a new confinement or restrictions on mobility are tightened. Something perfectly valid.

“Now, it is important to know that there is a system of mandatory extensions,” says Ruiz-Rico, which emphasizes that all the conditions that affect the term of the lease will only display their effects if the tenant so wishes. Otherwise, he explains, the contract will be automatically renewed up to five years (if the owner is an individual) or seven years (if it is a company).

Regardless of the duration of the rental, article 11 of the LAU allows the tenant to leave the house once the first six months have elapsed, provided that he communicates 30 days in advance. Of course, it can be agreed that, in the event, the owner has the right to receive compensation one month for each year that remains to be met, or the proportional part of the current annuity.

Ruiz-Rico asserts that, nowadays, it is common to find “exorbitant” penalties, corresponding to a whole year of rent, that try to discourage the change of housing just when rent prices have begun to fall in several provincial capitals due to first time since the previous financial crisis. These clauses, says the lawyer, “would be equally void for exceeding the legal limits.”