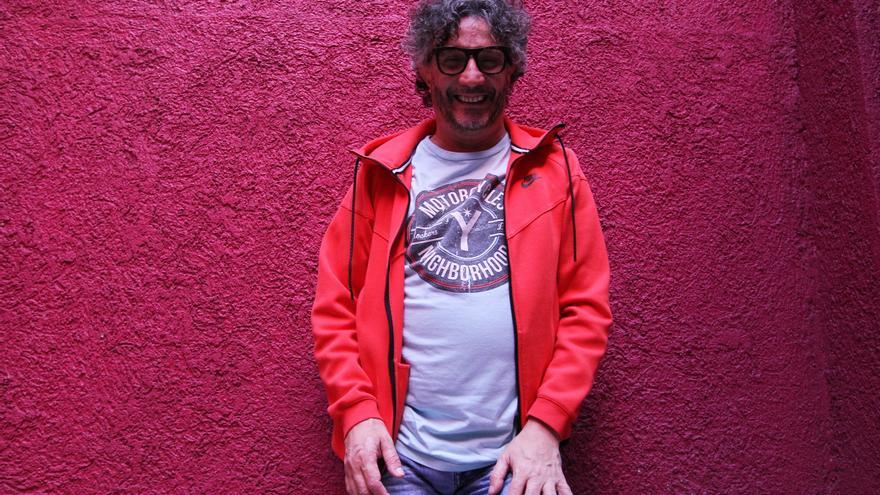 Buenos Aires, March 18 (EFE) .- Fito Páez has everything to be considered a legend of rock in Spanish. He lacked the Grammy, but even that was settled when on Sunday he received the award and experienced a “hurricane” that, according to his account to Efe, coincides with one of his moments of greatest fulfillment: “All I want is not to transform myself into a statue living “, warns fleeing the airs of divo.

“I run away from the icon, the legend, all that … I have met countless artists, writers, musicians or composers who walk with a few airs … you see? And life lasts very little, it goes very fast. important is elsewhere, not there, “says the prolific Argentine singer-songwriter, who turned 58 last Saturday.

The next day, the bombshell: after already having nine Latin Grammys, for the first time he was awarded a North American one, to the best Latin rock or alternative album for his latest album, “The conquest of space”, the twenty-fourth of his career: “It was a hurricane passing through your house … the phone starts to ring and never stops. It’s all love,” says the writer and filmmaker.

And it is that neither the culture nor the North American public are alien to him. First, because as a boy his father discovered the most important of his music, in which he went deeper and deeper with the passage of time, and secondly because of the times that in his four decades of career he has acted or recorded albums there with Figures of the stature of producer Phil Ramone.

“When you are accepted, recognized and invited to have a drink at home, it is always comforting,” he acknowledges.

A RUSSIAN MOUNTAIN OF EMOTIONS

Beyond the gratitude for the awards, the countries visited and the success of hymns such as “Mariposa tecknicolor”, “11 y 6” and “Llueve sobre silencio” -he is together with Joaquín Sabina-, the artist, who gave his first musicals In his native Rosario at the end of the 70s, he concentrates on the present and already has a task “in two or three years at least.”

During the pandemic, he finished writing a feature film, composed an album that he will record in July, and prepared another instrumental album for a symphony orchestra based on the work “Los Siete Locos” by Argentine writer Roberto Arlt.

But he also gained 10 kilos – he laughs – for the five months he spent sitting down writing his biography: “And that was a hurricane, a roller coaster of emotions: I cried, laughed, excited me, made me euphoric, depressed, said … ‘this is crap’, and the next day it seemed a genius, “he says.

The book, elaborated in his long time alone – “because a large part of my work when being off the stage is in solitude,” he emphasizes – will be published predictably this year, while Netflix is ​​preparing a fiction series about his life with the name “Love after love”, an album that he published in 1992 and which is the best-selling Argentine rock.

A time that of “great plenitude” that marked him forever: “Beautiful moment very similar to this (but) without children, younger. A great moment with Cecilia Roth, with whom we were a couple for many years and we have Martín”, remember.

“I thought that those moments do not happen again. And well, they do happen again! In another way, but things with a little luck can fulfill a cyclical period,” he reveals regarding the current moment, already in his maturity .

However, he assumes that the best thing that can happen to him is that his children – he has two – “are well, healthy and whole”: “From there one can build any tower, at least for me. Everything else is in consonance.

“I hope so”, he answers when asked if his children brag about him: “I think I’m not as good a father as they paint me or as bad …”, he says, and recalls how being able to take them on tours could have happened. a lot of time with them and raising them together.

Now, 40 years after starting to make history in Hispanic rock, that “lower-middle class” kid who had to face “many economic and emotional difficulties” – lost his mother when he was a baby and his grandmother and aunt were murdered. in the 80s – he continues to believe in “will and luck”, despite mistakes, far from being a “living statue” and with the burning flame of creativity.

“How would you like to be remembered?” I ask him to finish.

“Like a rogue from Rosario,” he answers with his everlasting smile.