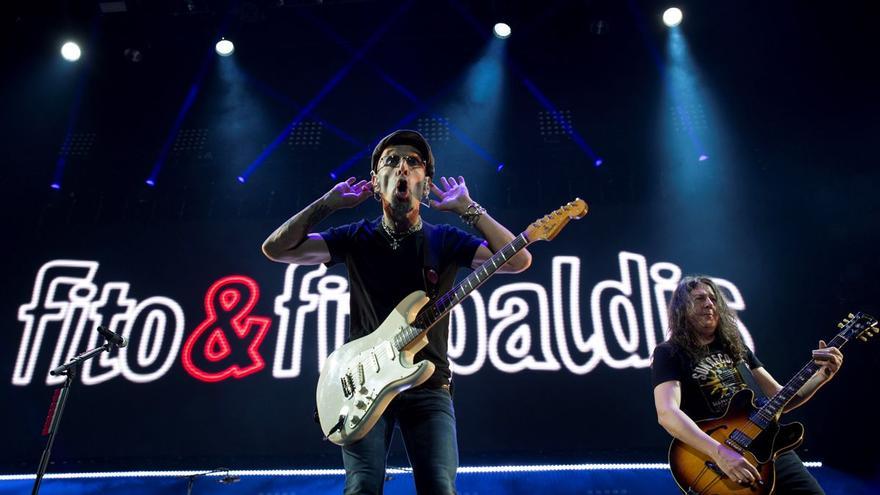 Fito and Fitipaldis will offer two concerts in the Canary Islands of the tour with which next summer they will present their most recent studio album, "Cada vez cadaver". The concerts will be them in Gran Canaria Y Tenerife on June 24 and 25.

Fans will be able to enjoy their new album “Cada Vez Cadáver” live, the latest album by Fito & Fitipaldis, released on September 24, and which is already considered one of the artist's most honest and sincere releases.

Fito & Fitipaldis is a Spanish rock group founded in 1998 by Adolfo "Fito" Cabrales. The Bilbao vocalist, who achieved success for 12 years with his previous band Platero y Tú, forms this new group to unleash new lyrics and more intimate and acoustic sounds that reflect his passion for genres such as rockabilly, rhythm & blues, swing, jazz or southern sounds, without leaving behind electric guitars and rock & roll.

Now Fito has presented 'Cada Vez Cadáver', his seventh studio album, a work made up of 10 songs "full of sincerity and nuances", and has announced his return to the stage with the 'Cada Vez Cadáver Tour', which will start next March 12, 2022 at the Palacio de los Deportes de Santander.