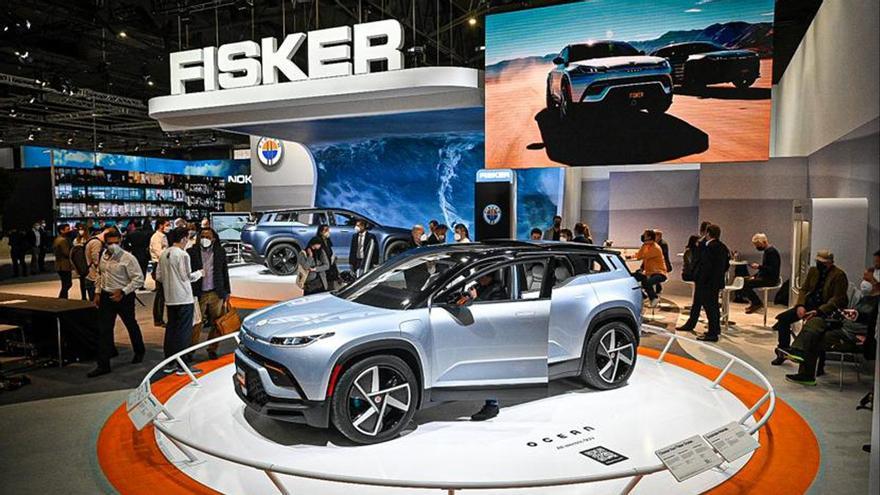 The Mobile World Congress had become, in the image of the CES Las Vegason technological showcase for car manufacturers immersed, every day more, in connectivity and technology beyond driving. Barcelona it has seen premieres of prototypes and solutions that have later reached the market, as in 2017 it was the Peugeot Instinct Concept developed jointly with Samsung. seats also showed technological and mobility solutions with the premiere of the MiniMO (its quadricycle) in 2019 and BMW he did the same in 2018 with his smart key BMW Digital Key.

However, this year,The manufacturers are not in the Mobile. Well, yes there is one: fisker.The rest will participate as speakers in different conferences. The Californian brand, hand in hand with its founder Henry Fisker, has accepted the face-to-face challenge of mobility and is presented in Barcelona with your Ocean modela car 100% electric to be launched on the market in the latter part of the year with an entry price in Spain of €41,900 (the same price as in France and Austria, while in Germany it will cost 340 euros less). It will also be offered with a flexible subscription system.

It's about a SUV equipped with 100% electric propulsion that promises a autonomy of 400 kilometers between refills. It has a spacious interior thanks to a battle of 2.92 meters and a width of 1.99 meters. Its length is 4.77 meters. It will be offered with five trim levels: One, Extreme, Ultra and Sport. Those responsible for the brand assure that they have already registered 30,000 orders.

Under normal conditions Fisker would have presented this model in the geneva motor showbut the cancellation of the event (which was to be held precisely today and tomorrow in the Swiss capital) made him change his plans and bet on the exclusivity of Barcelona.

Thus, with a presentation in the purest style of a motor show, Henrik Fisker has shown his new proposal for the European market at the MWC. The Fisker Ocean will hit production in November after having worked on 47 prototypes of the model. The brand will offer its customers a ten-year warranty for the electric motor and the battery. With the Ocean, Fisker advances in its European strategy to introduce new models in the future. The company has opened an office in Munich and will soon expand its presence in other European cities.

The company has been developing sporty and technologically advanced models on the American market for many years. Listed on the New York Stock Exchange. Founded in the year 2007 by Henrik Fisker and Bernhard Koehler, and based in Manhattan Beach (California)the company was one of the first to introduce plug-in hybrid and electric models worldwide, and its flagship model was the FiskerKarma. This vehicle, the Karma, was presented at the auto show in Detroit in the year 2008. It is currently developing new 100% electric models such as the pear, of which they already have more than 1,400 confirmed orders. The Pear will hit the market from 2024, it measures 4.5 meters long.

How to Start Trading in the UK