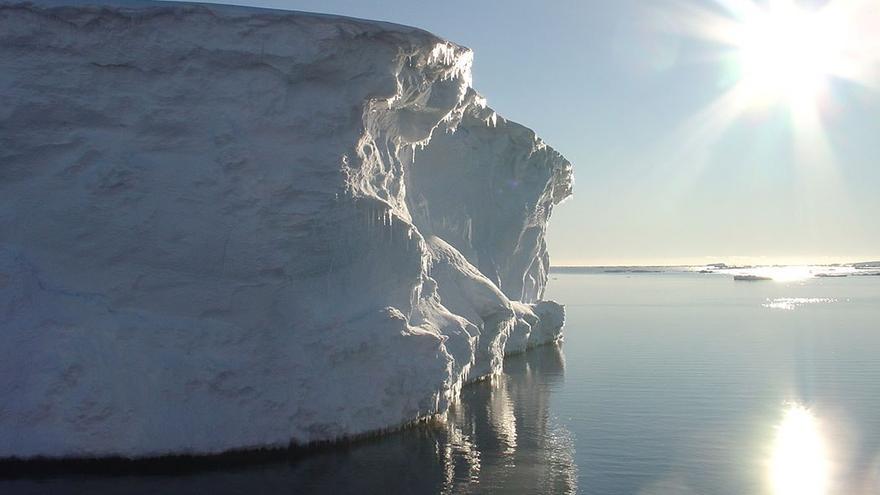 The scientific consensus and much of the political speeches repeat it: Antarctica needs to protect the sea that surrounds the continent, shielded from commercial exploitation just 30 years ago. However, the creation of Antarctic marine protected areas is proving to be an arduous process and hampered by plans to take advantage of the great fishing wealth that inhabits its waters.

On October 4, 1991, the protocol that has preserved Antarctica as a “natural reserve dedicated to peace and science” was signed in Madrid. No mining or commercial operations. It was a milestone, but he forgot something fundamental: the surrounding ocean has continued to be an area of ​​economic use. “It is crucial” to expand the protected waters, said this Monday the President of the Government, Pedro Sánchez, in commemoration of the signing of the Antarctic protocol. The closest appointment to do so is this month, at the Commission for the Conservation of Antarctic Marine Living Resources (CCAMLR), but the path is not so easy.

On the table there are at least three new marine areas to protect themselves: the Weddell Sea, the Eastern Antarctic Ocean or the Antarctic Peninsula. They are not new proposals, some have been hanging around the offices for almost a decade and, like the Weddell Sea, they have even been put to a vote in the Marine Resources Commission without going ahead. In 2018, the project was presented by Germany, but opposition from Russia and China prevented the necessary consensus. In 2020 something similar happened.

This year, the European Union has decided to give a political boost. Last April, the Commission obtained support from the Member States to try to carry out at least two of these proposals: the Weddell Sea (with 1.8 million km2) and the East Antarctic (more than 1.2 million) . The project tries to go ahead despite the fact that “some important members of the Convention have not yet joined the growing consensus behind these proposals,” said the European Commissioner for the Environment, Virginijus Sinkevičius. The areas to be discussed – again – at the convention total more than three million square kilometers. So far, the only protected area is the Ross Sea, with 1.5 million kilometers.

In July, the European Parliament issued a declaration in which it adhered to the idea that the protection of the Antarctic Ocean is useful, not only to “increase the biodiversity and abundance of species”, but also makes the sea more resistant to environmental impacts, including climate change “.

Because the extreme south of the planet is one of the points where the climate crisis is strongly evident. Last August, the work on the scientific evidence of climate change carried out by the UN panel of experts, the IPCC, stated that in Antarctica it had been observed “an extended trend of strong warming”. The World Meteorological Organization confirmed last July that In 2021 the maximum temperature record in Antarctica was broken: it was on February 6 and it reached 18.3 ºC.

There has also been a trend for more snow to fall, but the melting of ice from the glaciers has been greater for what is not compensated: there is a net loss especially in the western glaciers. “If a global warming of the planet is maintained between 2 and 3ºC, the frozen plate of the west of the continent will be lost almost completely and irremediably for several millennia,” described the IPCC. The projections with the highest degree of confidence indicate that in Antarctica there will be episodes of extreme heat, that the sea level will rise and that the amount of CO2 contained in its surface will increase and the acidification of the ocean.

Meanwhile, shielding Antarctic marine ecosystems continues to seem like a highly difficult task. A recent analysis –From February 2021, on the designation of marine protected areas in Antarctica carried out by researchers from the German environment and nature conservation agencies, as well as the University of Oldemberg– explains that “until now, the Commission ( CCAMLR) has not reached a consensus on the proposed marine protected area in the Weddell Sea or any other area in the Antarctic Ocean. ” Discussions in the area east of Antarctica, for example, have lasted almost a decade and, although “an overwhelming majority of member states agree on the proposal, two countries do not recognize the need and try to delay or stop the process. “. The analysis abounds in that, apparently, these States understand that “their long-distance fishing industry, and there they include Antarctica, are a matter of national interest and even sovereignty and that a marine protected area would undermine them.”

Among the fishing interests mentioned for the Weddell Sea is the catch of toothfish and, of course, also krill. The small crustacean that is used, above all, as a food supplement for omega 3 and for the manufacture of cosmetics. The oceanographer Sylvia A. Earle summed up this situation from California on Monday by stating that “krill is not a makeup product but the engine of Antarctica.” Earle has recalled that it is proven that “the nutrients that are generated here flow in currents through the ocean depths to very distant places on the planet.”

In addition to politicians and scientists, the Greenpeace organization goes a little further and asks that the designation of marine protected areas not be made in the Commission of marine resources. “There it is discussed because there are fishing resources, but a sanctuary would not emerge that would imply a total reserve,” says Celia Ojeda, a marine biologist of the organization. The review by the German scientific agencies proves them right in a way because it states that “there is very little hope, if any, that a solution will be found within the Convention on Marine Resources.”

Ojeda also clarifies that “the protection that the Resources Commission would offer would be less”, for which he requests that the UN Oceans Convention be taken to “extend that pioneering protection that the Madrid Protocol entailed to 30% of the international marine waters by the year 2030 “.

However, this UN convention would not meet until the beginning of 2022 at the earliest. Meanwhile, the oceanographer Earle recalls that “dead whales, dead fish or krill have a value as products, but, in the 21st century , there are other measures to measure how much they are worth, alive. “