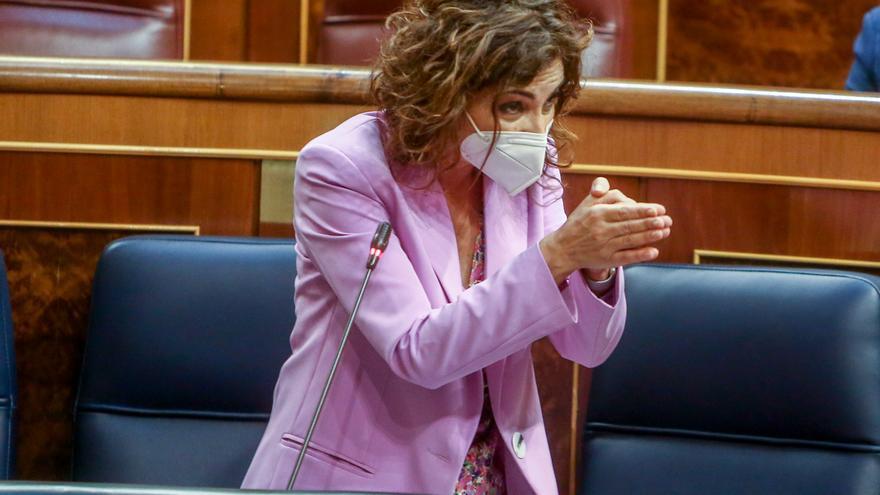 A few weeks ago, more than a hundred countries agreed to create a global minimum corporate tax. This decision, although with small print, opened a new stage on international taxation, which has joined the calls from organizations such as the IMF or the US Government in favor of increasing taxes on wealth and other tools that allow increasing income without increasing inequality after the pandemic. However, this change of international course does not seem to be taking shape in the climate of opinion in Spain, where certain speeches in favor of lowering taxes have led electoral campaigns, as in the case of Madrid with Isabel Díaz Ayuso at the head.

Thus, it can be concluded based on the data from the latest Public Opinion and Fiscal Policy survey conducted by the Center for Sociological Research (CIS), published this Wednesday. The survey asks citizens about different aspects of their state of mind, their satisfaction with public services or their impression of taxes. Despite having been a year and a half where public services and aid such as ERTE or company guarantees have had a very relevant role, the feeling has grown among Spanish households that too many taxes are paid in this country.

46.2% of the almost 2,900 citizens surveyed by the CIS in this annual report consider that Spaniards pay a lot in taxes. In just one year, the percentage of households that have this feeling has increased by six points and has surpassed those who understood that the level was “fair.” Those who understand that little taxes are paid also fall below 9%. This is one of the data included in the document that shows that the feeling of fiscal pressure on the part of households has changed in the last twelve months.

But it is not the only question whose answers can be drawn that households have changed the way they perceive the taxes they pay each year, either indirectly (VAT) or directly (IRPF). In the survey, conducted among adults during the penultimate week of July, almost 40% of those surveyed consider that in Spain more taxes are paid than in the rest of advanced economies in Europe, compared to 30% who believe that the tax pressure is lower. Just a year ago, the majority of people believed that in Spain less taxes are paid than in our neighboring countries. However, in just 12 months, its percentage has plummeted by five points and that of those who consider that taxation here is higher has shot up by eight points.

The question asked by the CIS is not about the knowledge that Spaniards have about this difference with other countries, but about their perception. In fact, The reality is very different as presented by the responses given by respondents to the public demoscopic center. Spain does not have a higher tax burden than the rest of the developed economies of the continent, but is at the bottom. Of the 27 countries that make up the EU, it is the nineteenth state by tax revenue as a function of GDP, the magnitude with which the tax burden of a country is measured. It collects 35% of GDP, almost six points below the average and twelve points below France, the country that tops the ranking.

Therefore, in view of the growing perception and the discourse of certain regional and national political leaders, the truth is that Spain has a significant income problem and in the near future it will have to adopt certain policies to expand them. The Government has committed itself in the recovery plan sent to Brussels to attract European funds to carry out a tax reform that will bring Spain closer to the Community average of tax pressure. This reform will not take place before next spring. Before you must receive the report of the committee of experts that formed the Treasury to design what the lines of this plan should be. Taxes such as Corporation, VAT or environmental taxes are the main pending tasks of the Spanish economy in terms of tax revenue.

Thus, the Government will undertake this reform committed to Brussels with a climate of opinion that, according to the CIS survey, is not so inclined to assume this situation. In addition to the fact that more and more Spaniards consider that many taxes are paid and believe that the taxes here are higher than those of other neighboring countries, the number of people who defend who receive less from the State than what they contribute through taxes increases. . This is how 60% of the Spanish surveyed see it, almost two and a half points more than a year ago.

As in everything, the opinion on taxes goes by neighborhoods. Or rather by political parties. The coalition government has among its voters a very favorable breeding ground for raising the tax burden. Both among those who voted for PSOE and United We Can in 2019 and among those who did so for some of their partners in the last budgets, such as ERC, the perception is that less taxes are paid than in the rest of Europe. The majority are also people who, when asked if they pay a lot, little or regular tax, choose this third intermediate option.

On the completely opposite side is the opposition. The voters of the PP and Vox show a frontal rejection of the tax burden perceived in Spain. 75% of those who bet on Santiago Abascal in 2019 consider that there are many taxes that are paid, like 65% of those who voted for Pablo Casado. The citizens who endorsed these lists in the last general elections also far exceed – almost double – the average of those who understand that in Spain more taxes are paid than in the rest of Europe.

The tax system perceived by the Spanish also suffers from two other problems: justice and the fate of taxes. Thus, 81% of Spaniards consider that it is not a fair system, that those who have the most do not pay more. Although with differences. In left-wing parties this level is around or exceeds 90%, while almost one in four voters of the PP consider that the current scheme is fair. Regarding the second issue, 84% of Spaniards argue that the administration makes “few” or “very few” efforts to explain what the resources collected through taxes are used for.

Tax fraud is another problem that worries Spaniards. Although the level is lower than that harvested in 2019, it has rebounded compared to last year. Specifically, 91.4% of Spaniards believe that there is a lot or a lot of tax fraud in the country, a point and a half more than in 2020. The rejection of fraud among those surveyed is wide. 88% consider that it is deceiving all Spaniards and almost 92% reject that part of the income can be hidden. The frauds that generate the greatest rejection are receiving a social benefit that does not correspond and that large companies avoid or avoid paying taxes.

Despite the existing reluctance regarding some points, the majority of Spaniards understand that taxes have to be paid and that it is based on income. Almost three out of four respondents believe that paying taxes helps the state to finance public services or redistribute wealth. The rest consider that “taxes are something that the State forces us to pay without knowing very well in exchange for what.” Of course, this last option has grown almost five points in just one year. More than a third of the voters of the PP and 42% of those of Vox support this statement.