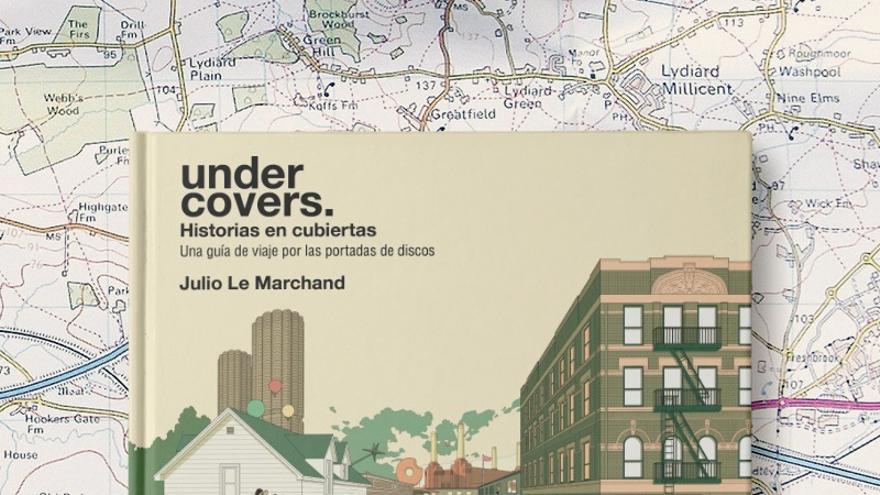 Granada, Apr 14 (EFE) .- A book for musical tourism. It is a travel guide dedicated to visiting the locations of a hundred legendary record covers, with images and anecdotes about mythical places such as the Abbey Road crossing of the Beatles, the Nirvana pool or the wall of The Ramones.

The publishing house Ondas del Espacio has published “Under Covers. Stories on covers”, the work of Julio Le Marchand, (Granada, 1986) editor, architect and professional DJ who has produced the first travel guide that gathers locations of the covers of some of the most famous records in the history of universal music.

The book, with 256 pages bound in hard cover and in color, collects one hundred mythical album covers and their locations in different parts of the world and adds original photographs and explanatory texts in both Spanish and English.

Le Marchand’s work is intended for the “music tourist” and for music fans in general and reveals secrets and anecdotes of these legendary covers, the peculiarities of the places to which they are linked, the reasons why a specific location or how the creative process was developed to get the final snapshot.

The book about the history of the crossing of Abbey Road or the Paul’s Boutique store of the Beastie Boys, reveals details of the swimming pool of Nirvana or the mural of Elliott Smith, and presents the location of the wall of The Ramones, the tombs of Joy Division or the Wilco Towers.

“Under Covers”, which has been released after a “crowdfunding” campaign, includes references to classic artists such as the Beatles, Bowie, Pink Floyd, U2, Led Zeppelin, REM, The Doors, and other more contemporary ones such as Tame Impala, Arctic Monkeys, Arcade Fire, Radiohead, Oasis.

It covers all kinds of musical genres such as hiphop by Beastie Boys, Nas or Eminem, and electronics by Chemical Brothers or Boards of Canada, and dedicates a space to cult artists such as Mazzy Star, Galaxie 500, Black Sabbath, Fugazi, Slint or Kyuss.

Along with the book, a code with a virtual map is delivered to revisit the locations at any time and from anywhere, as well as a “playlist” with music from all the included discs to listen to while reading.

The author has detailed in a statement that he decided to embark on this project during confinement as a hobby due to the impossibility of going out, traveling or attending concerts.