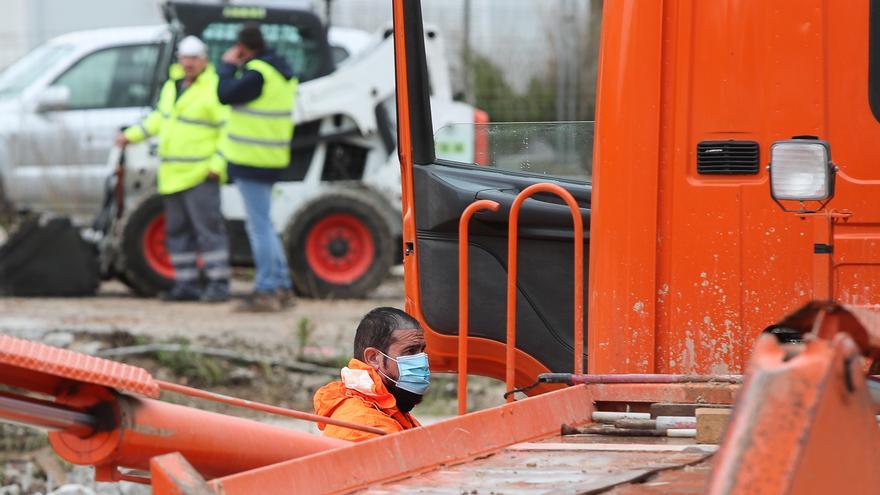 Firing an employee for having coronavirus is "discriminatory." This has been sentenced by a judge from Mataró (Barcelona), who has annulled the dismissal of a specialist laborer who was fired by the company for becoming ill with COVID-19. The company must reinstate the worker, pay back wages and compensate him.

This is the first sentence in Catalonia that considers that a dismissal due to coronavirus violates the prohibition of discrimination, as reported by the Collectiu Ronda, which represents the employee. Until now some sentences had already annulled dismissals due to the state of alarmBut these were workers who had not contracted the disease.

In her sentence, the magistrate of the Social Court 1 of Mataró, Raquel Martín, concludes that the company fired the worker "for being suspected of carrying an infectious and highly contagious disease", which is a prohibited reason for discrimination by the law. The magistrate equates COVID-19 to a "stigmatizing disease" that produces attitudes of rejection or reparation, especially since the dismissal occurred at the end of March, when only two weeks had passed since the declaration of the state of alarm and Spain was in a situation "of widespread fear of unprecedented massive infections."

The worker informed the company on March 25 that he was on leave due to the coronavirus, providing medical reports that supported it. The company discharged the employee from Social Security two days later without notifying him. The judge highlights that the firm "has not provided an objective explanation of the reason for the dismissal" that undermines the discrimination for having coronavirus.

The dismissal, the sentence abounds, violated the fundamental rights of the worker since it was an infringement of the prohibition of discrimination and "a barrier" to the recovery and "full and effective participation" of the employee in professional life "under equal conditions with the rest of the workers ". In her resolution, the magistrate appeals to the doctrine of the Court of Justice of the European Union (CJEU) that equated long-term temporary disability with disability as grounds to annul a discriminatory dismissal.

The lawyers of the Col·lectiu Ronda Anna Huertos and Oriol Pintos have congratulated themselves on the sentence, because in their opinion "it contributes to solidify the principle that it is not acceptable to fire a person for the simple fact of suffering the bad luck of temporarily losing health". "Many more sentences like this are needed for effective protection against the unjustifiable violation of our fundamental rights," they added.

Inflation also goes to the hairdresser

The Ibex holds 8,200 points in a day of transition

Health registers a new drop in infections, deaths and hospitalizations due to coronavirus

Inflation also goes to the hairdresser

The Livenaf League is here