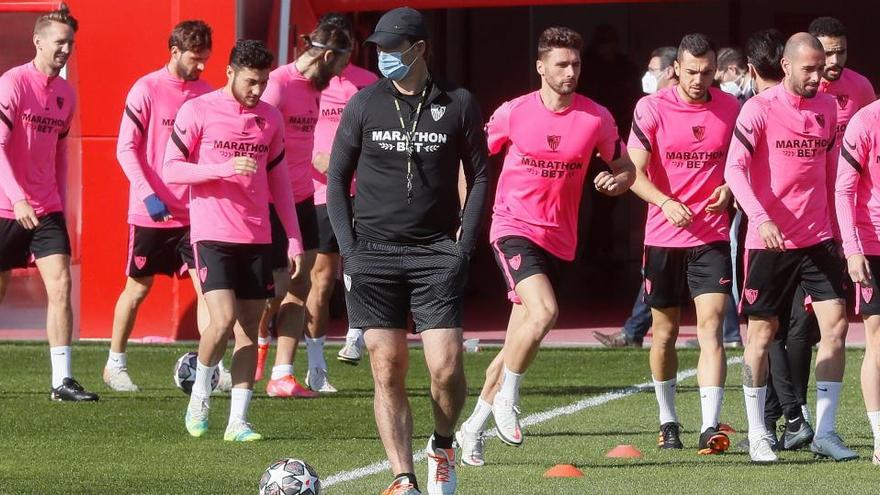 Sevilla and Borussia Dortmund face the first round of the Champions League round of 16 this Wednesday with opposing streaks, in a sweet moment the Spaniards and with doubts the Germans, and with Jules Koundé, a life insurance in the local defense, and Erling Haaland, scorer of the Rhenish team, as a stellar duel.

In a deserted Sánchez-Pizjuán, without fans because of the pandemic and far from the pressure cooker that has always been in the great European events, the French Koundé and the Norwegian gunner Haaland, young figures for whom the greats of Europe sigh , they will meet face to face on a date where, beyond individualities, it will send the force of the collective between two powerful blocks.

Apart from Koundé, a versatile defender who joins the attack with danger (3 goals), and Haaland, with 23 goals in 23 games (6 in Champions), they will also claim their quality people like the Croatian Ivan Rakitic, the Argentine Papu Gómez or the Moroccan Youssef En-NesyriSevillista top scorer with 17 goals (4 in the European tournament), and, on the other side, the English winger Jadon Sancho or the veteran Marco Reus.

Sevilla is breaking records and will seek in this highly demanding clash, which can mark a turning point in the path of both teams, extend their great moment by having nine consecutive wins between the League and the Cup and seven of them with a clean sheet, helped by their strength defense, his balance and also by great saves by Moroccan Yassine Bono.

Fourth in The league and with 2-0 income on the Barcelona for the second leg of the Cup semifinals, the Nervión neighborhood team presents irrefutable numbers, with 16 wins, 2 draws and 1 loss (2-0 against Atlético, on January 12) in their last 19 official games.

Even so, coach Julen Lopetegui, one of the main architects of a compact, ambitious and difficult team to beat, always shies away from flattery and is scrupulously respectful of all rivals, and even more so if it is a European champion like him Dortmund, whom you have praised – “has one of the best attacks in the world“, he stressed-, in addition to insisting that they should not give rise to the slightest hint of confidence.

For this first date against the powerful Rhenish team, no matter how much a pothole that his talented players will want to overcome as soon as possible, Lopetegui continues with the notable casualties due to injury of two Argentine internationals: the winger Lucas Ocampos and the full-back Marcos Acuña, although recovers its incombustible captain, Jesús Navas. The Spanish international has returned to training with the group after a problem in the pubis and could return to the right side, although perhaps it would be precipitous and Aleix Vidal could continue to start due to his good performance, while Joan Jordán will be in the middle, in a great moment, the Brazilian Fernando Reges and Rakitic, along with usual offensive trident since the loss of Ocampos: Suso Fernández, the ‘matador’ En-Nesyri and Papu Gómez.

Meanwhile, Dortmund arrives at Ramón Sánchez-Pizjuán at a difficult time, away from the fight for the Bundesliga title and even out of the Champions League spots, putting even the minimum goal of the season in jeopardy. Despite good phases in most matches, Dortmund too often go empty-handed due to specific errors in defense, many in set pieces. In attack, Dortmund do not often manage to put their striker Erling Haaland in front of the goal, whose speed and strength, together with his shot on goal, are two of their great offensive weapons.

The casualties have also affected the team a lot, especially that of Belgian Axel Witsel, with an injury to the Achilles heel, who was the one who usually used to set the rhythm of the team’s game and who gave stability to the midfield. Witsel is one of those who will not be in Seville, as are starting goalkeeper Roman Bürki, still convalescing from a shoulder injury, defenders Lukasz Piszczek and Dan-Axel Zagadou and forward Thorgas Hazard.

Midfielder Thomas Delaney has not traveled to Seville with the team either because his wife is about to have a child, but the plans are that I will join later, according to the club. The absences make coach Edin Terzic have fewer alternatives to form the initial alignment and it also has the problem that captain Marco Reus, after a long injury, still does not regain his old form.

In the last game, which was sealed 2-2 against Hoffenheim, Reus even started the game on the bench and Terzic opted for Julian Brandt in the half forward. For the visit to Sevilla, however, it is possible that Terzic bet on Reus from the beginning, since he needs players with experience alongside the great promises like Jude Bellingham or Giovanni Reyna.

Thomas Meunier, right-back, has returned to training after an injury and traveled with the team, but it is doubtful whether Terzic will turn to him and will most likely bet on Emre Can or Mateo Morey for the position. Much depends on if Dortmund manages to create spaces for Haaland and Jadon Sancho to take advantage of their speed to reach the opposite area.

Alcaraz, Bautista, Carreño, Davidovich and Granollers will represent Spain in the Davis Cup