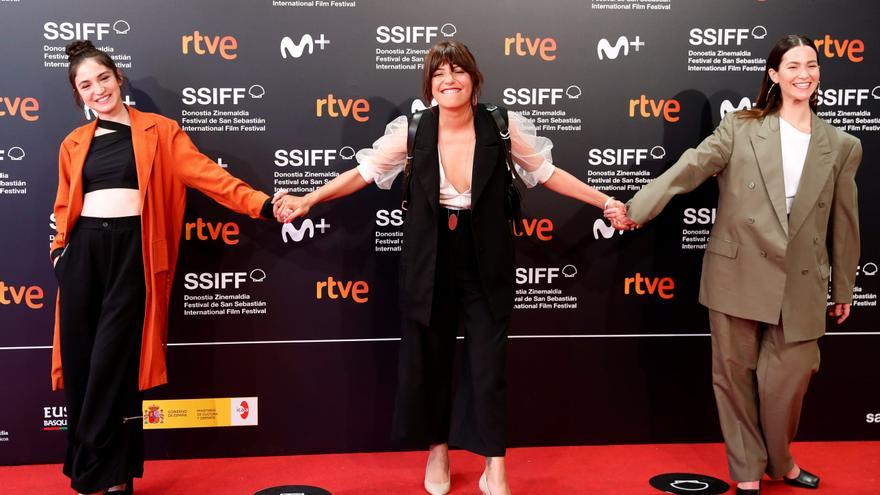 San Sebastián, Sep 19 (EFE) .- With a firm feminist message and a subtle treatment of sexual violence, the Argentine Inés Barrionuevo has built her film “Camila will come out tonight”, with which she competes in the Official Section of the Film Festival of San Sebastián.

Three years after presenting “Julia y el zorro”, his second feature film, in the New Directors section of the San Sebastian contest, Barrionuevo (Córdoba, 1980) attends the main section of the Festival with his fourth work, also supported by the excellent performances of a cadre of young actors, chosen in “a very strong casting process”.

The director explained this at a press conference after the film’s premiere, which was received with applause by the Kursaal audience. The actresses Nina Dziembrowski and Maite Valero, as well as the film’s producers have accompanied her on this new visit to San Sebastián.

So has Andrés Aloi, who signs with Barrionuevo a script not initially intended for her and which fundamentally addressed problems of bullying in adolescents. “He had the gaze of another director and when he got my hands he went through several stages until the final version,” he said.

The story she decided to tell is that of Camila (Nina Dziembrowski), a 17-year-old girl with a strong character and convictions who lives with her mother and little sister in La Plata, but who must move to Buenos Aires with her family when the night falls. sick maternal grandmother.

The change of city also entails moving from a public school to a religious one located in the neighborhood where the grandmother has her house and where the maxim is political “neutrality”. That will be your new space and there you will live new experiences, establish new relationships and face new conflicts.

Dziembrowski has said that this claim of neutrality is something that “happens a lot” in Argentina. “Actually, the fact of not positioning oneself is positioning oneself. To say that is a political act and you can see which side of politics you are on,” he stressed.

The protests of the green tide in favor of the legalization of abortion – when the film was filmed it was not yet legal – also have their reflection in history, in which the director has chosen to exclude any “raw” scene of sexual violence.

“We thought about it a lot. It seemed to me that proposing an act that has to do with subtlety can be stronger. The abuses can be macros or micros, they can be in different ways, but they are still abuses,” said Barrionuevo, a supporter of show situations of abuse that a significant number of women continue to suffer.

He has not asked whether his film could be the subject of controversy in Argentina, mainly because he lives on a different “tile” in which there is no “hatred, homophobia or violence.” “I feel that I am in a bubble and I do not think about that public, but it exists,” he said.

“It exists and will always exist. The right wing is also advancing in Argentina,” added the leading actress who, like Valero, recognizes the chemistry they have achieved in front of the camera, including the sex scenes in which the director has filmed put a special care.

“I like to see sex scenes, but not so much to film them,” said the director, who explained that only three people on the team witnessed the most explicit sexual encounter in the film, for which Barrionuevo once again used the subtlety.