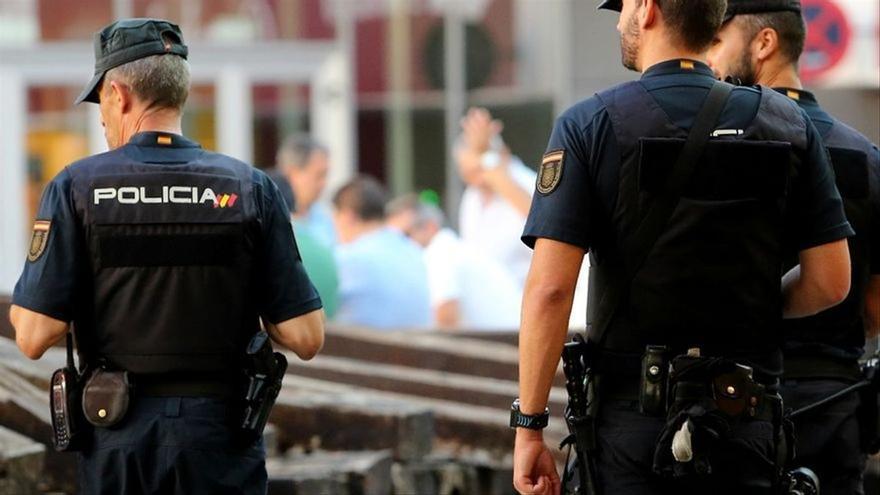 The Supreme Court has confirmed a fine of 3,900 euros to a chief inspector of National Police for making illegal inquiries in police databases. The judges declare it proven that there was a network of police officers in two police stations in Madrid who, among other things, consulted the police files of foreign citizens seeking legal residence in our country. Another national policeman who did not appeal has been sentenced to pay another fine in this same case and the alleged leader of the group, a then retired police officer, died before being tried.

The facts that relate the sentences to which elDiario.es has had access describe how between 2013 and 2014 a retired Chief Inspector of the National Police and another man dedicated themselves to “facilitating foreign citizens various procedures related to obtaining the necessary documentation to stay or reside in Spain “. For this, the judges declare firmly proven, they needed to know whether or not they had a criminal record and they discovered it through two agents: one from the Villaverde-Usera police station and the chief inspector from the Carabanchel police station, both in the city of Madrid.

The group did not speak in code and the intervened communications reveal how the police said that someone was “clean” if he did not have pending accounts with the Justice or that he “has poop” if he had an arrest warrant, a record or entry into prison. The punctures and the wiretapped communications reflect how some even offered to get passports for criminals in search and capture.

The alleged leader of the group died in 2016, several years before the trial, and the facts proven by the different courts that have studied the case do not include whether or not the agents charged money in exchange for making these inquiries in the bases of police data “People” and “Sidenpol”. The telephone punctures and the messages intervened by order of court 1 of the Plaza de Castilla do reflect how “300 was requested for the background” or how the deceased offered “a green one for looking at a little thing” to one of the agents.

In total, throughout 2014, the two convicted officers did up to six consultations in police databases on behalf of the retired chief inspector or other person involved. One of them, according to the judges, was a criminal convicted of fraud and who had escaped from a French prison taking advantage of a prison permit. His objective was to recover the passport and find out if he could do the management at the police station without being arrested.

The Supreme Court, with the magistrate Manuel Marchena As rapporteur, he has just sentenced the case in firm. The criminal court has rejected the appeal filed by the then chief inspector assigned to the Carabanchel police station and has confirmed his sentence of 3,900 euros in fine for a crime of revealing secrets. The other policeman, who was working at the Usera-Villaverde police station at the time, did not appeal the fine of 5,100 euros that the Madrid Provincial Court imposed on him for the same crime two years ago. At first the Prosecutor’s Office even asked for sentences of up to four years in prison for them.

The rulings of the Supreme Court and the Madrid Court reflect how the investigation started when Internal Affairs began to follow the trail of the chief inspector who died today, for his possible participation in crimes of documentary falsification and bribery. The judge agreed to intervene in his communications and shortly afterwards, in August 2014, the agents heard how the son of a criminal who escaped from a French prison contacted him to obtain information on the possibility of obtaining a passport.

This was the case that put them on the track. According to both sentences, the data they searched for in one of the six irregular accesses was of a man who had escaped from a French prison where he was serving a sentence for fraud. The agent verified that he had a search and arrest warrant and warned his interlocutor that he would be arrested as soon as he set foot in a police station.

This is the only intervention that the Justice attributes to the then chief inspector of Carabanchel. The Supreme Court confirms his conviction for revealing secrets, assuring that his conviction judgment “is solidly built on the probative material” with “lawful and unequivocally incriminating evidence.” His access to the databases to verify the file of the escapee was not, says the Supreme Court, “an innocuous and irrelevant access to the database, but rather it provided a strategic advantage to an internationally wanted convict who wanted to rule out the risk of his arrest “.

In the first instance, the Madrid Court was also forceful in stating that the two convicted agents used “material means and computer applications of the General Directorate (…), entering various databases and providing” the retired ex-commissioner “information related to police and criminal records, search and arrest warrants, etc., that he demanded of them for private uses and outside the public function “. One of them claimed to have acted under coercion from the former high command and the judges dismissed the argument in a sentence that recalled the “friendly and conversational” tone they used to discuss the issue on the phone.

The investigation that has ended in a firm conviction began in the summer of 2014, just a few weeks after the beginning of the accusation against four other agents from the same Carabanchel police station for alleged falsification of evidence. The Prosecutor’s Office even asked six years in jail for them for crimes of document falsification but all were acquitted by the Madrid Court for lack of evidence in January 2018.

The judges categorically rejected that the Carabanchel police station had become a center for the production of false evidence and fingerprint placement to reinforce indictments and inflate case resolution figures, as Internal Affairs initially suspected. Justice then said that “there is no prolonged activity in time that allows inferring a prior agreement between various police officers from the Carabanchel Police Station to carry out acts of this nature.”

Under the magnifying glass of Internal Affairs and the Prosecutor’s Office, three suspicious appearances fingerprints of alleged criminals: inside a private car, inside a patrol car and at a home. Already then the judges highlighted that an internal audit of actions in the last seven years of that police station did not leave any other appearance of fingerprints that “raised suspicions of having been manipulated.” That sentence, sources in the case explain, was not appealed by the Prosecutor’s Office and the acquittal was declared final shortly after.