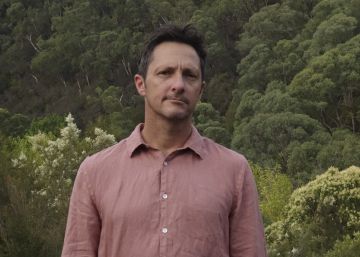 The rains that have fallen on the south of Australia have given a break to the fire brigades that have been fighting for months against fires that have already devastated more than 10 million hectares, killed 28 people and 1 billion animals, according to preliminary data. The fires, which are already the most serious that are remembered in Oceania in terms of burned area, threaten the biodiversity of a country in which 80% of its fauna is endemic. Brendan Wintle, professor and conservation ecologist at the University of Melbourne, warns of the enormous work that lies ahead to prevent more animals from dying.

Question. Do youThe forecast rain in the south and southeast of the country could cause problems?

Reply. Yes, heavy rain after a fire can actually cause a lot of damage. It’s great to have rainfall because that puts out the fires. But sediments that flow into the water can change their chemical balance and introduce toxins. They are very harmful processes.

P. Do you think the estimate of 1 billion animals killed in fires is correct?

R. The scientists who gave that data made it very clear that it was an approximate estimate. As we explore further, we can see the impact in more detail and know exactly how many animals and plants have been lost. So far, all we can do is estimate using approximate statistics such as that presented by Professor Dickman. I think the number is not going to be exactly correct. But it is a reasonable first indication to understand the extent of the damage. This calculation only takes into account vertebrates; millions of insects that have died in the fires.

P. Can more deaths of animals occur in the coming months? Or flowers, that when losing their pollinators also die?

R. Yes. There will be many animals that will not have food. The ecosystem will have changed dramatically. Many animals may have escaped the fires, but if they have lost their habitat, they will go to some other forest where they will try to settle. The problem is that this forest will already be full of other animals that prevent it and end up dying. That is why I believe that those who try to reduce Professor Dickman’s estimate may not be right, since those who manage to escape often die too. Now, the emergency is to find out where there are places that need to be monitored. There are many small mammals, reptiles and amphibians that are highly threatened by invading predators such as cats and foxes. These species are now more vulnerable to these predators, because the vegetation that generally housed them has been reduced or disappeared.

P. Can you recover what has been burned in these fires? How much time is needed?

R. The priority is to find out where we put all our effort to make sure there are no extinctions. It must be ensured that populations that are still alive resist the other pressures to which they are subjected, either by the loss of their habitat, predation or by competition with other invasive species. It is an immense task to try to recover wildlife after a massive disaster like this. It will take years. We may not recover some ecosystems. There are forests that have been burned two or three times in the last 10 or 15 years, this can transform them. Even perhaps, we must get rid of some invasive herbivores such as camels, goats or rabbits, animals that actually threaten native species.

P. Where will recovery tasks focus?

R. The areas of action will be the burned areas, but we must also act in adjoining parts and even in regions that have been far from the footprint of the fires, where there are species such as giant petauros, places that we must make sure to protect. It may be necessary to give them extra special protection against fires or monitor predators in the area. Even perhaps, we must get rid of some invasive herbivores such as camels, goats or rabbits, animals that actually threaten native species.

P. What are the animals most affected by forest fires? What animal worries you most?

R. We are still waiting for the scientific evaluation of what the total damage is. Only in the State of Victoria [al sur del país, cuya capital es Melbourne]We believe that there are about 185 species of plants and animals that have lost about half of their range. There are some species of particular interest for conservation, such as the rock brush tail wallabí [un tipo de canguro] or the long-legged Potoroo, which have lost much of its population. But, as I said, we must wait for the scientists to analyze what the real damage caused by the fires has been, something that will be done in the coming weeks and months.

P. You sent an open letter to the prime minister along with 247 other scientists in October, where he warned that Australia will lose 17 species in the next 20 years. Is the government doing enough to save wildlife?

R. There is no doubt that the number of species that are now closer to extinction is higher than it was before. If in Victoria alone there are 185 species that have lost more than 50% of their habitat, that tells me that the risk of extinction will increase substantially for these animals and plants. It is worth noting that the Government has announced a package to help the animal life affected by fires [31 millones de euros anunciados la semana pasada]. In the coming months, we will see what is the best way to use that money.

P. Do you find those 31 million enough?

R. I would not like to say if it is enough or not, more will always be better. But I think it’s a good start.

P. Australia has a long history with forest fires, does flora have a better resilience here than in other parts of the world?

R. Yes, I think it is true that, compared to other ecosystems in other parts of the world that are not so well adapted to fire, our environments and our ecosystems recover relatively well from fires. However, if fires occur too frequently and intensely, long-term damage can occur and species extinction can even occur.

P. Is there any kind of vegetation that benefits from fires?

R. There are many species that adapt well to fire. Many types of eucalyptus, from banksias [planta originaria de Australia] they regenerate after a fire and, depending on the ecosystem, they need fires every five, 10 or 20 years to regenerate and compete with other species. For banksias, for example, the cycle is between 10 and 15 years. While for eucalyptus, the cycle ranges between 20 and 50 years. However, the problem is that if fires occur too frequently, for example, every year or every two, the vegetation that has grown has not yet reached sexual maturity. Therefore, having no seeds cannot regenerate after the fire. Those plants, in that case, will end up disappearing if the fires occur too often.

P. And animals that benefit from fires?

R. There are animals that do well after a fire, because they can return months later, after it has rained, and they will find a lot of grass and young plants to eat. Kangaroos, for example, are animals that can do it. However, most species will not do very well. When fires are so massive and at such high temperatures in large parts of the landscape, almost all animals and plants die. If all the habitat is burned, animals and plants from other areas that have not been burned will not recolonize those sites, which will end up causing wildlife to disappear from those environments.

P. So is it true that eucalyptus burns more than other species?

R. It has a fairly flammable oil on the leaves that exudes on hot days. That is one of the reasons why these forests burn so quickly and with flames at such high temperatures. Eucalyptus may even need to have fires, since after the fire, the seed of the tree falls on the bed of ashes, and from there it grows.

P. Are these forest fires a direct consequence of climate change?

R. There are always many factors that influence and most scientists will hesitate to draw a line of direct causality between climate change and any individual natural disaster of this scale. But, of course, I think we should recognize that the predictions for the future say that the weather will be warmer and drier for most of the Australian continent. These are the ingredients of fires. There is a high probability that climate change will contribute to more disasters like this in the near future for Australia.

P. Is Australia like the bird in the world mine? Do the problems here first happen that will also affect the rest?

R. It is an interesting idea. It is possible that other countries begin to experience catastrophic fires, events such as those that occurred here. But we also have an environment that is quite prone to fire. We have always had large fires, not necessarily of this size, but very harmful. But the size of these fires Yes, it is fair to say that it is unprecedented. If other countries become drier and hotter they may experience more fires depending on their natural habitats. In other countries it is difficult to predict the weather, since perhaps the lack of humidity and warming do not necessarily have to lead to more fires, but can lead to greater aridity, which means less fuel for fires. And, in fact, that may be the end result in some parts of Australia.

Cuba suspends the massive May 1 parade for the coronavirus

Malaysia apologizes for controversial advice to women confined by COVID-19