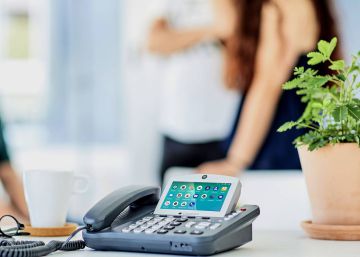 Maintaining fluid communication and a relaxed work environment is essential for the well-being of workers. However, informal contacts can become a drag on the productivity of the workforce and even a reason for direct expulsion if, in addition, inappropriate use of the company’s resources is made. This is demonstrated by a recent ruling by the Superior Court of Justice (TSJ) of Extremadura, which has endorsed the dismissal of an office employee for repeatedly calling a colleague on the phone to talk about personal issues.

The woman, who was a representative of the workers and was pregnant, contested the dismissal on the grounds that it was discriminatory and that, in addition, it was an attack on her privacy. The judgment instead it resolves that the disciplinary measure was fully justified, taking into account that the company’s code of conduct (a tax and accounting consultancy) did not allow the use of internal lines for private purposes.

As stated in the chapter on proven facts, the worker had been behaving in a strange way for months. Specifically, at the end of 2019 her superiors saw her speaking on the phone several times “in a very low voice” so that the rest of the members of the office would not hear what she was saying. Suspecting that an irregularity might be taking place, the human resources department decided to undertake a detailed investigation of the telephone conversations.

The investigations confirmed that the employee, who provided her services as an administrative assistant, spent a good part of her working day talking with another colleague from the same department about issues that had little or nothing to do with work. Specifically, according to the human resources report, a total of 11 hours and 47 minutes were on the device during the month of September; and 14 hours and 45 minutes in October, crossing an average of between 7 and 8 calls daily.

After learning what had happened, the management of the consultancy proceeded to terminate the two employees, without the right to compensation. The letter with the notification sent on November 21 based the sanction (the most serious contemplated by the Workers’ Statute) on the fact that “the company has prohibited its workers from using professional means for private purposes and has warned the themselves on the possibility of supervising their work in order to control the effective virtuality of their design. ” In other words, both of them violated their commitment to use the telephone for strictly labor matters and the employer defended their right to act accordingly.

The conflict was served. After holding the corresponding conciliation act, the two dismissed workers challenged their respective dismissals before a social court in Cáceres, alleging that their right to privacy and the secrecy of communications (recognized by the Spanish Constitution of 1978) was violated. but the judge ended up agreeing with the company and declared the origin of the dismissal. It was then that one of the two office workers abandoned the litigation and the other decided to go ahead, filing an appeal.

In her letter, the worker again denounced the unconstitutionality of the means used by the company to supervise its activity. Likewise, it indicated that the real purpose of the management was to terminate her contract because she was a pregnant woman and a trade unionist. Hence, he requested the declaration of nullity of the dismissal and his immediate reinstatement to the post. However, the appellant’s arguments have not convinced the TSJ of Extremadura that it does not see “any indication” of illegality.

The magistrates allude to the reiterated jurisprudence of the Supreme Court (TS) that recognizes companies the right to supervise the use that employees make of the devices that they make available, provided that there is a protocol of conduct known to all staff and the means used to carry out this control are proportional and necessary. In this sense, they imply that the company has adequately proven the infringement committed and that nothing indicates that any type of discrimination took place.

Ultimately, the Supreme Court concludes that “the plaintiff’s dismissal was not motivated either by her maternity or by her character as the workers’ representative, but by the contractual breaches attributed to her in the dismissal letter.” The ruling is not final and can now be appealed to the Supreme Court through an appeal for the unification of doctrine.