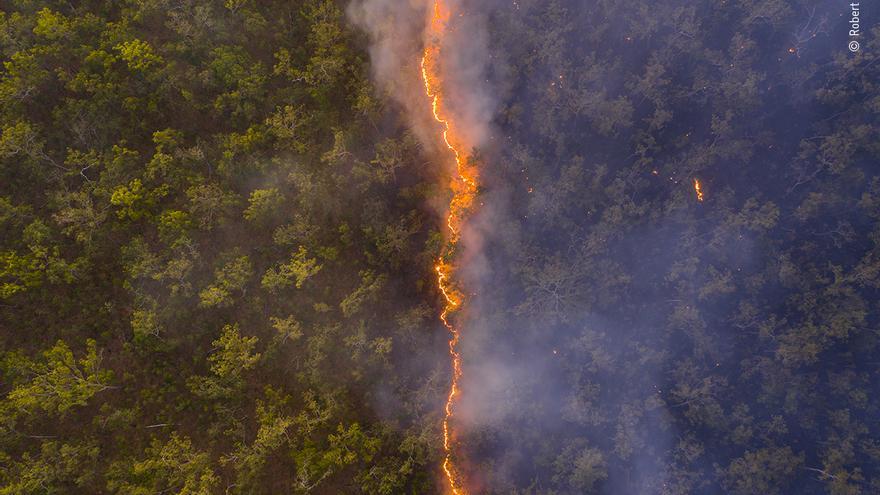 The coronavirus has displaced almost any other current news story, but 2020 will not only be remembered for the pandemic. It was also the year the fires in Australia calcined more than 10 million hectares and killed 1,000 million animals.

The biggest problem, according to experts, is that what happened in Australia is not an isolated event: it is an omen of what awaits the planet in the future if temperatures continue to rise at this rate. “We are looking at what normal conditions would be like in a world with temperatures three degrees Celsius above the pre-industrial period. The fires are a sample of what the planet could be like in the future and help us understand what climate change means “, warned Richard Betts, Professor of Geography at the University of Exeter.

That’s why the Wildlife Photographer of the Year Audience Award, which gave know your winners last October, has fallen precisely on a snapshot that affects the scars left by forest fires. The aerial shot, captured by conservationist Robert Irwin, shows the trail of a fire line crossing the Steve Irwin Wildlife Reserve, named after the photographer’s father (a renowned zoo keeper popular in Australia for his programs in television with crocodiles). Thirty different ecosystems, homes to many endangered species, were covered in flames.

However, Irwin’s is not the only capture that has caught the public’s attention. An image that criticizes the hunting of rhinos, a small hare that takes shelter from the snow by curling up, and even a chance encounter between a moose and a dog, has also been praised. We review them.