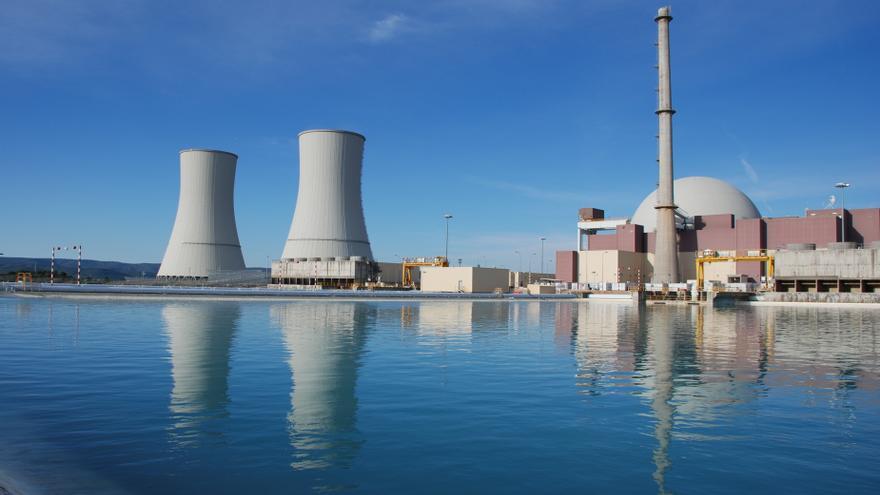 "It has been fat, but it has been controlled." This is how a source with direct knowledge of the matter summarizes the event that took place last morning in Trillo (Guadalajara). The main transformer of the nuclear power plant caught fire hours after the plant notified on Tuesday that it had had to carry out an unexpected maintenance shutdown. The reason, the repair of a valve of the cooling system of nuclear components.

The chance has wanted that both events overlap, in principle without correlation with each other, according to sources of the Nuclear Safety Council (CSN), on the eve of this Wednesday the plenary session of this body approved report favorably to the Ministry for Ecological Transition on the extension of the Cofrentes plant (Valencia).

The CSN has reported in favor of the Valencian plant, owned by Iberdrola, operating for nine more years, until November 30, 2030, in line with the forecasts of the Government's National Integrated Energy and Climate Plan (PNIEC).

The CSN, which has prepared a total of 46 specialized technical reports to process its opinion, requires the adoption of a series of "actions related to aging management and Long-Term Operation (OLP)", as Cofrentes exceeded 40 years in 2024 life for which it was initially designed.

Wednesday's scare in Trillo comes at a time when the nuclear lobby has intensified its campaign against the lack of profitability of these facilities for the "excessive" taxation that, they say, they support, and given the low prices that are seen in the wholesale electricity market for the next few years due to the boom in renewables.

Last week, Foro Nuclear demanded "a solution" so that the plants can be viable and continue operating in line with the plan agreed with the Ecological Transition for the next few years, and not "for the love of art" as now. That solution would involve "touching" the taxation of nuclear power plants, establishing a "regulated price" for the electricity they produce, as France is negotiating, or "a mixture of both".

The events at the Alcarreña power plant affect the last nuclear power plant to be inaugurated in Spain. Trillo began operations in August 1988 and has as shareholders practically all the large electricity companies: Iberdrola (48%), Naturgy (34.5%), EDP (15.5%) and Nuclenor (2%), from Iberdrola and Endesa. Together with Vandellòs, it will be the last to close, according to closure schedule agreed by the Government and electricity companies for a progressive nuclear blackout between 2027 and 2035.

Neither of the two events reported at the Alcarreña plant has posed a risk to people or the environment. The atomic regulator has classified them as level 0 (the lowest) in the International Scale of Nuclear and Radiological Events (INES). However, the transformer fire, an event in principle fortuitous that will force the plant to stop a few days to replace or repair the equipment, forced to activate what in nuclear jargon is called "emergency pre-alert", having the fire lasts longer than 10 minutes.

As the plant had to activate its internal Emergency Plan, "complying with the commitments acquired as a national contact point for rapid notification in case of emergency, with the European Union (ECURIE) and the International Atomic Energy Agency (EMERCOM), the CSN has communicated this to these international organizations, "the regulator explains in a note.

The accident occurred at around 2:30 am on Wednesday, when one of the three huge transformers that evacuate the electricity generated by the plant began to burn. The fire lasted about fifteen minutes. No outside teams had to go to quell it. The fire brigade of the facility itself confirmed its extinction at 2.45 am and the pre-alert was deactivated at 3.45 am.

With the knowledge that was had this Wednesday, the Trillo event should not lead to a sanctioning file by the CSN because it would not be related to a bad practice of the central, indicate sources familiar with the process. The regulator, once the report of its resident inspector at the plant has been analyzed, will proceed to analyze possible non-compliance with maintenance tasks, in which case it would lead to a file. Likewise, if there were a succession of incidents over time, the CSN could request a corrective plan from the plant owners.

Two weeks ago, it was presented to the Trillo information committee that in 2019 19 inspections were carried out (17 of the Basic Inspection Plan, one of physical security and another supplementary grade 1), without any of them resulting in warnings or proposals to sanction the owner, as collected by Europa Press.

In the latest inspection report posted on the regulator's website, from May 2019, the spill, during a pipeline unblocking, of about 10 liters of sulfuric acid stands out as a noteworthy event ("non-conformity", in CSN slang) in a cubicle in an ancillary plant building. The accident, which forced several units of the plant to be vacated for five hours, caused some material damage, although "not on safety equipment." The spill, which occurred on the morning of January 11, 2019, "was not informed to the resident Inspection" until three days later, "despite the fact that it was present at the plant," according to the minutes.